The catering set bites back

Last week the dining set decided to throw a spanner in the works, in the form of a hot box whilst working the Sunday lunch train.  The errant vehicle was mark one, SO, number 4477.  The problem was noticed whilst on the lay over at Broomhill, the bearing was so hot that the vehicle had to be detached and left at Broomhill.  The vehicle was recovered later that night and returned to Aviemore, so an early start on repairing it could be made. The coach on the lifting jacks, minus its bogies. 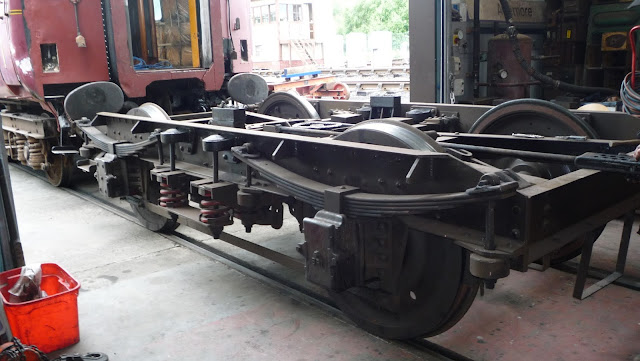 The south end bogie has been rolled clear, the problem axle was on the north end bogie, inner axle. 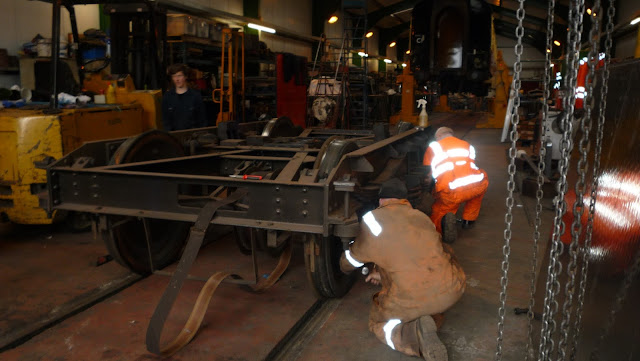 The brake linkage on the problem bogie is being removed.  Richard (nearest camera) with Bill wielding the spanners. 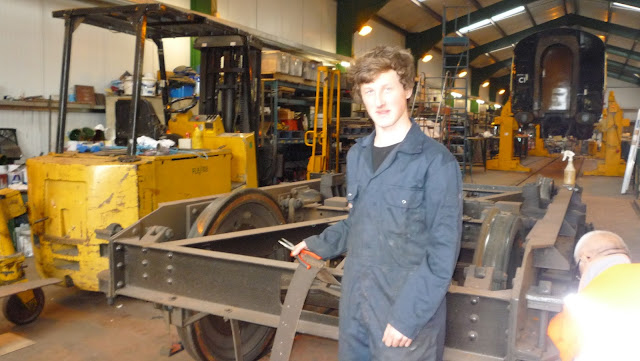 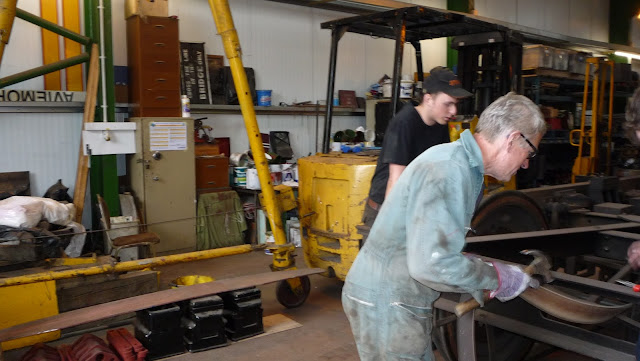 With assistance from Ralph and Jack. 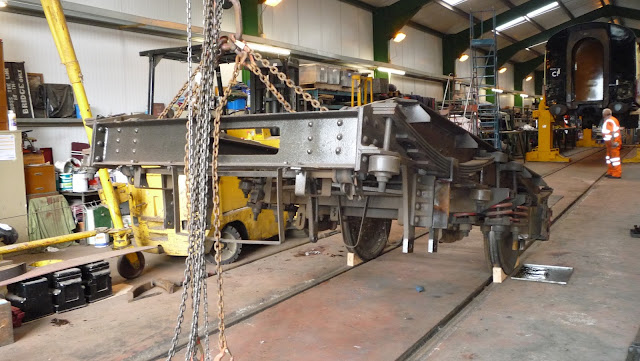 The bogie under the lifting gantry, this end has been lifted and the axle rolled out. 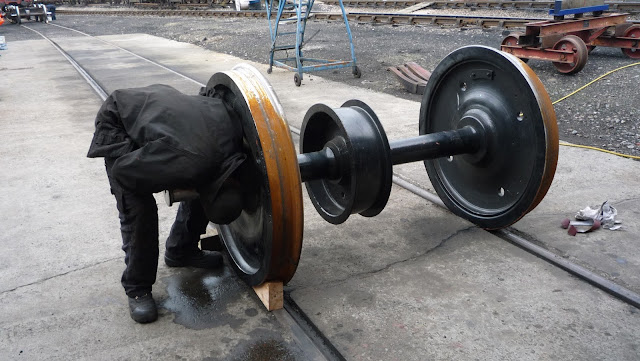 The replacement axle being prepared, prior to fitting.  Both axles were changed to keep the wheel diameters within 1.5mm of each other.  This is a requirement because of non compensating brakes, if the wheel diameters were very different, the brakes on one axle wouldn't reach the wheel.

Also whilst this was going on, all brake blocks were renewed, as well as the dust shields on the replacement axles. The bogie back in place with its replacement axles, so far so good! 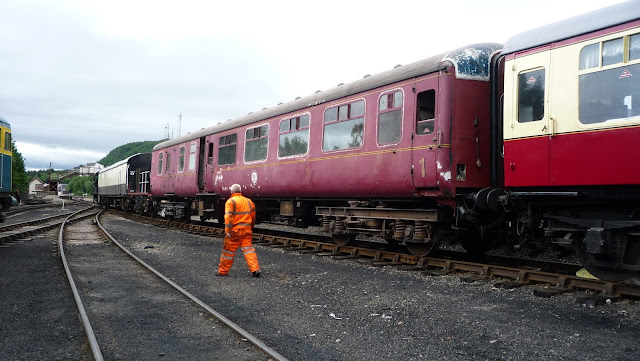 One of the consequences of having to put another coach on the jacks is a mega shunt.
Mark 2 BFK 17101
Some progress, mainly on replacing the floors in the two remaining compartments. 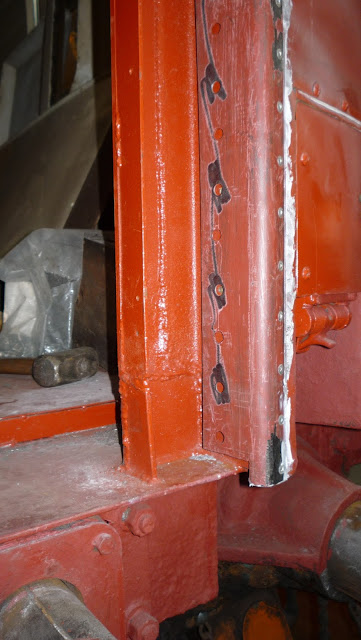 The end capping, prior to fitting the corridor connection bellows. 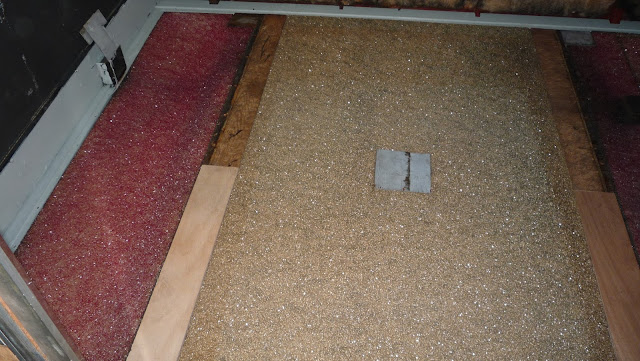 A compartment floor, bottom ply is down and covered with the expanded foam sheet. 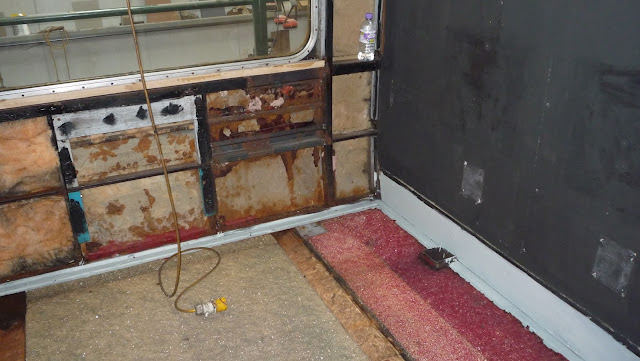 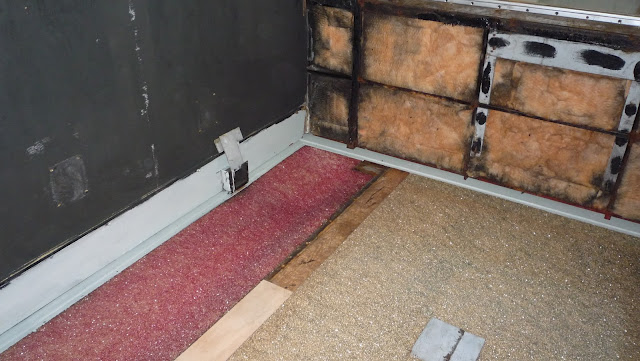 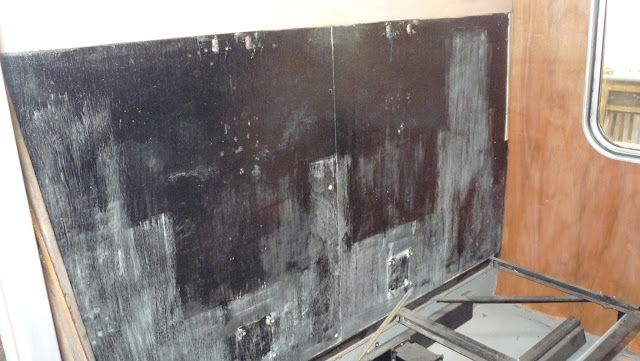 Work continues to progress on this vehicle.  Earlier this week, following delivery of a new box of the black sticky stuff (Simpson ISR 70-03 and this batch is white) the last remaining window has been fitted.

The fibre glass dome from the luggage end of the vehicle has been finished and was duly fitted in place. 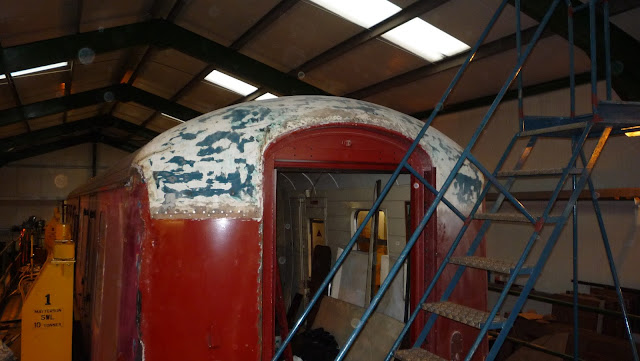 The next job was the fitting of the capping pieces along the edge of the doorway, below. 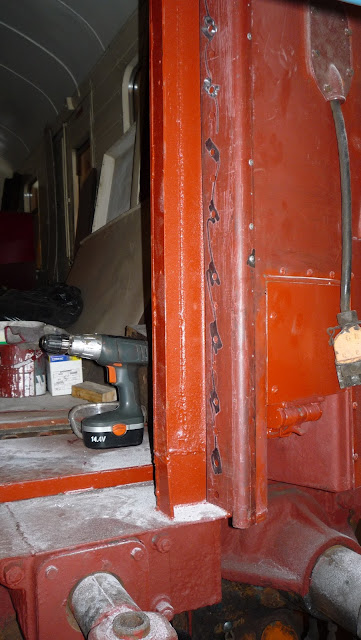 The two remaining untouched compartments have been stripped out, resulting in a large pile of headrests etc, ready to go to the upholsterer.  Under a sheet for protection. 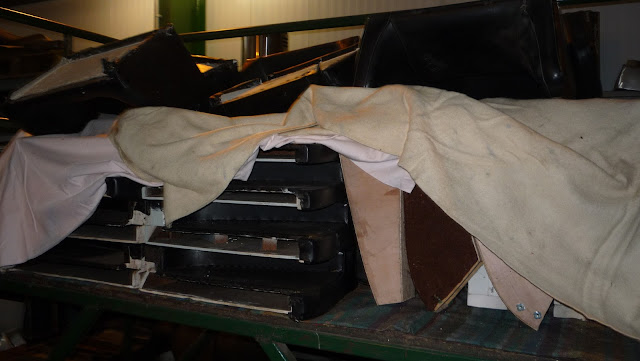 Other items that have been cleaned and painted are the heater ducting and grills. 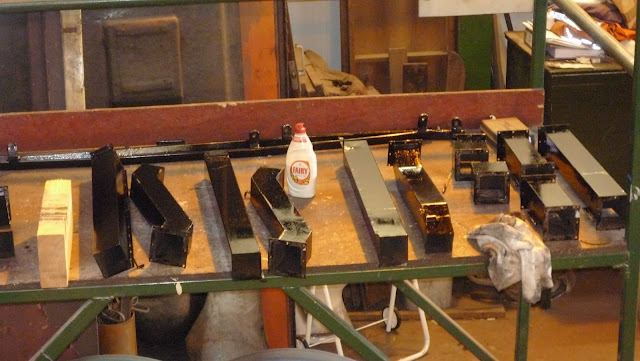 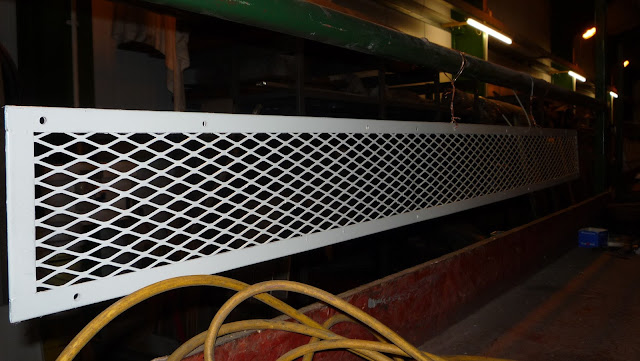 The Weed killing wagon has progressed a little.  The angles to form the steps have been fitted, as have the posts for the handrails. 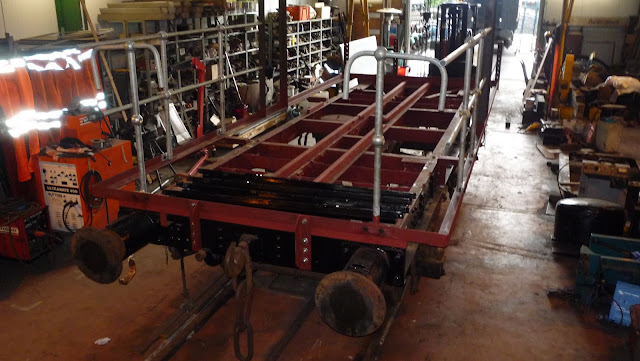 The capping pieces for the side board surrounds have been cut and folded. 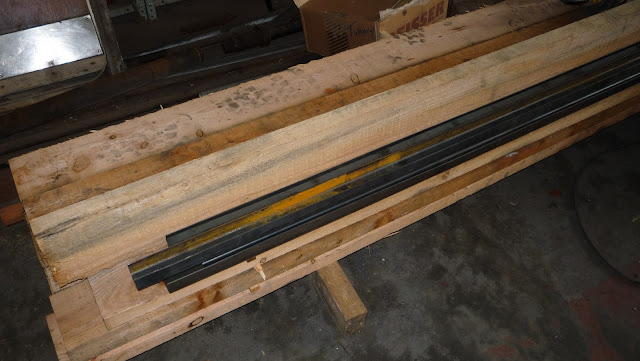