Well, it has been a long while, but we are now operating again.

Most of the work has been around servicing and preparation for running again, each carriage in turn receiving a check over.

Battery top up and check

Mark 1 SO, 4477 from the dining set receiving attention

As the dining set didn't see any use during 2020, it only managed one trip to the station to check that all was ok, living in the carriage storage shed kept the outside clean and polished.

Paintwork still pristine, even though it was painted six and a half years ago, in December 2014.

There was a large number of plumbing jobs due to frost damage, despite being drained down and heaters in place.  Mark 1 RU, 1928 suffered the most with five different bursts, four in the pipework and one in the pump filter.

The filter casing had cracked.

The Officer's saloon, 45021 also suffered.  One of the taps on the wash hand basin had a vertical split in its side, the other needing a new washer.

RU, 1928 having its wheel bearing pads checked and oil changed.

The kitchen, pantry and generator vehicles in the dining set were pulled out of the shed, taking advantage of some decent weather on the day.  They were split from each other and checked over.

This years offering sees the Officer's saloon added to each service train.  In preparation for its duties, it has received a wash and brush up outside the shed

Also receiving a wash and brush up is mark 1 FK, 13230.  This carriage has arrived from Boness on an extended loan.  It has seven first class compartments and will add to our catering offer.

A series of pictures showing 13230's arrival at Boat of Garten. 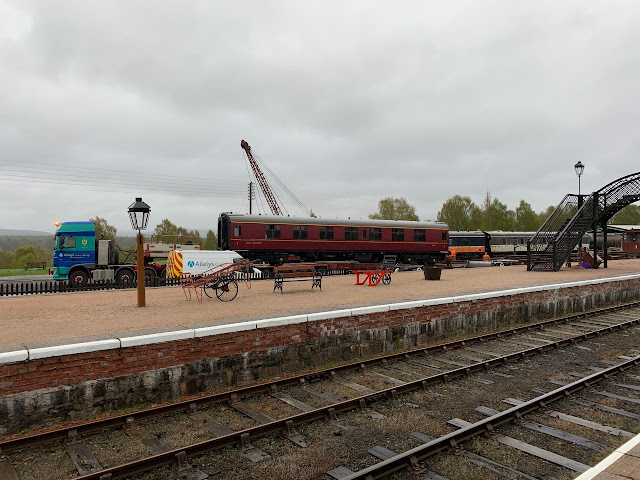 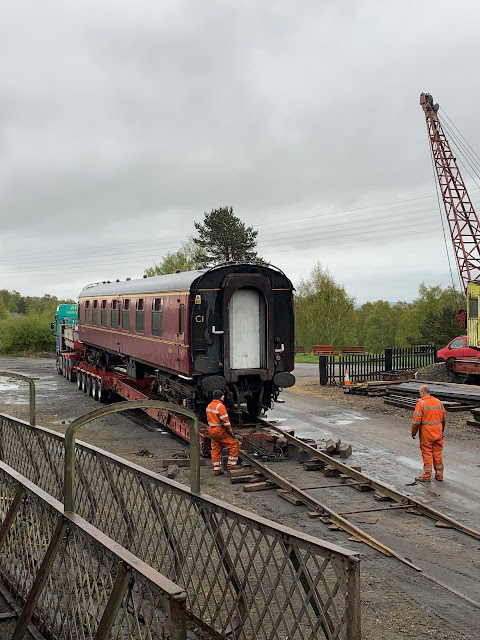 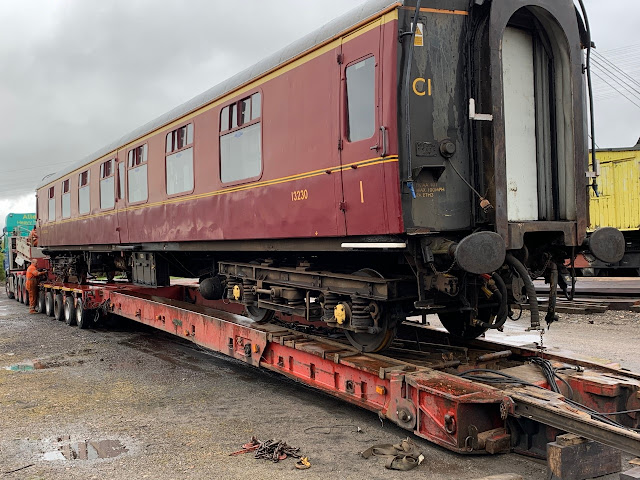 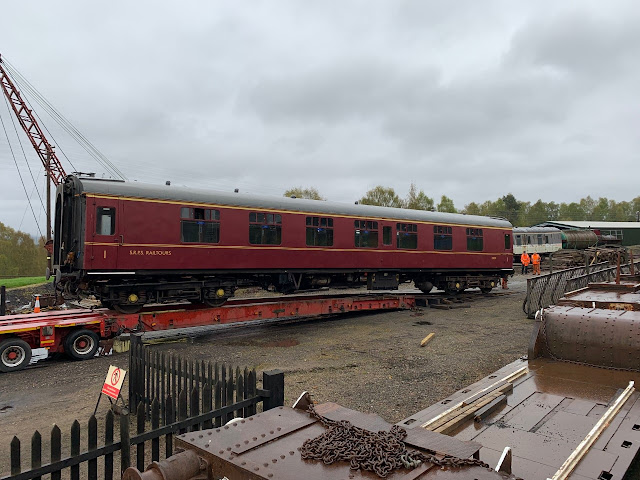 After the servicing activity had been completed, mark 1 RU, 1936, our long term project returned to the shed to have its restoration continued.

The outside is almost complete, rch cables, pass comm linkage, lining and lettering still to do.

Inside work is progressing on lining the kitchen with stainless steel.

The view towards the bar doorway.

Posted by foxontour at 13:55 No comments: