The last post showed the new mounting bolts for the saloon end corridor connection.  This is shown below whilst it is being fitted in place.  The fork lift is used to raise it into position, whilst Bill places the securing bolts in place.  Jack, Steve and Ralph look on.  The new rubber bellows which had been attached to the rear of the face plate earlier, will be fitted to the bodywork, once the face plate has been secured in place. 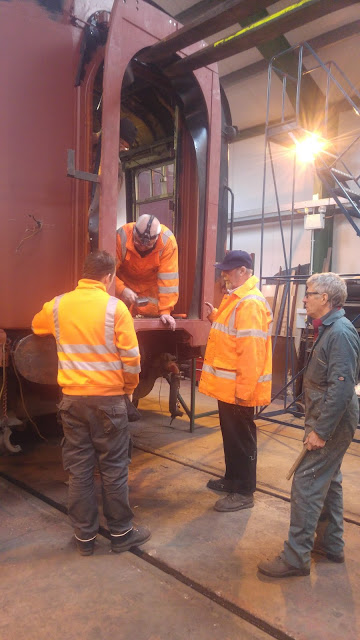 After the face plate and bellows had been fitted, the coach had to be placed on one side once again.  This is because we had to start on the annual round of servicing and repairs.
First in was the dining train kitchen, Mark 1 4331.  This was the opportunity to try to cure the whining noise that was coming from the wheel bearings.  This noise had resisted all attempts to cure it, the thoughts now were that it was coming from the dust pads at the rear of the axle boxes.

The coach pictured in the shed 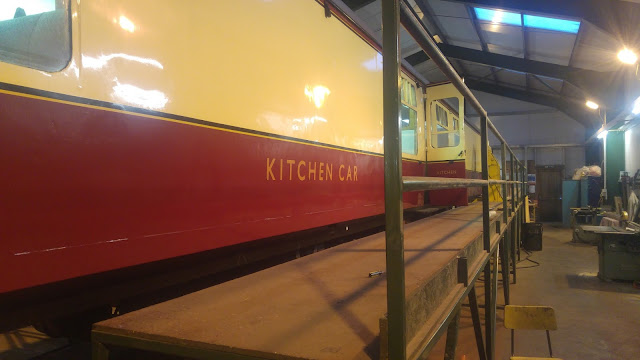 The coach on the jacks, minus the bogies. 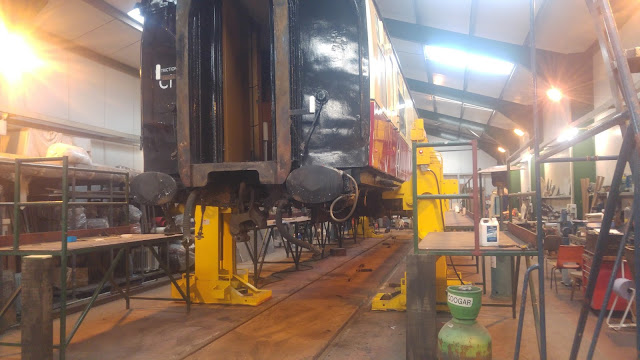 The bogies being attended to. To remove the dust shields, the brake rigging had to be dismantled, each axle in turn removed, then the axle box, bearing and slipper pad need to be removed.  Then the dust shields can be replaced.  The old ones had broken up and jammed against the axle, so we are reasonably hopeful that we have found the problem and cured it. 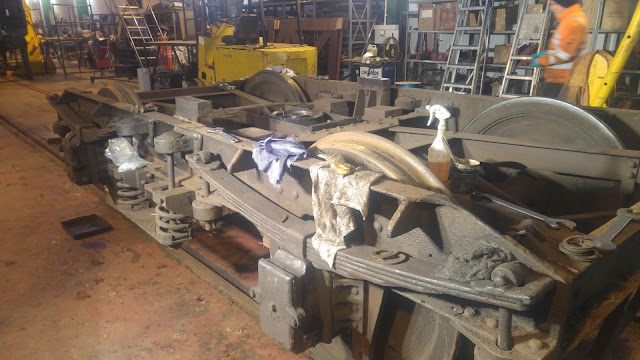 This coach was originally a 64 seat TSO and was converted to a kitchen many years ago.  The kitchen area is behind large clear glass windows and shows the back of equipment etc.  We obtained some opaque film and applied this to the windows. 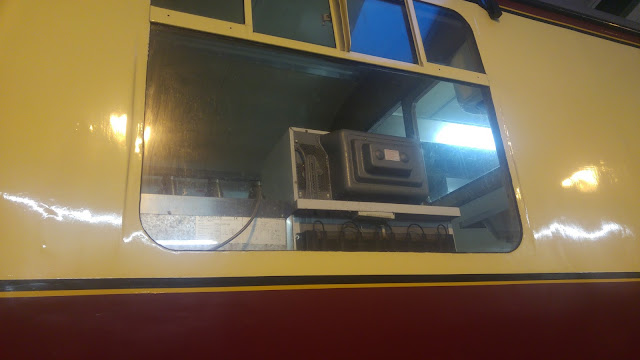 The finished windows, pictured whilst the coach was outside the shed. 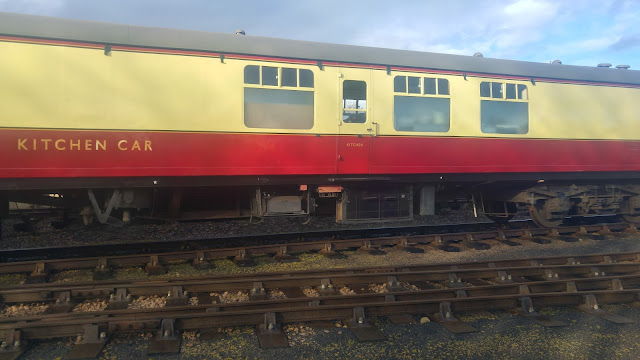 The next coach to be wrapped in the new tarpauline covers is CK 15401, pictured here inside the shed prior to covering. 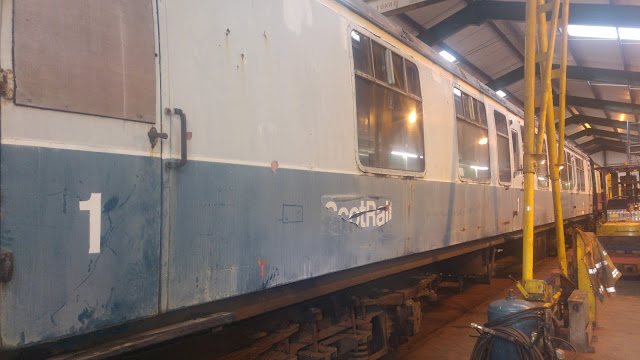 A visitor to the shed was the tender belonging to caley 828.  This was lifted back onto its newly tyred wheels using the carriage jacks.  Pictured below showing off its new boots. 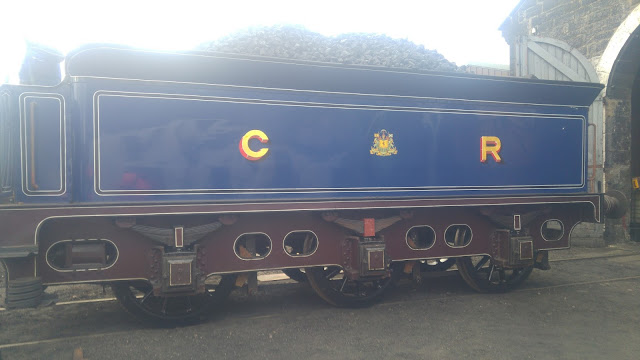 We have had a number of visitors, leading to a lack of carriage news.  In addition to 828's tender we have had Ivatt loco 46512 back in to be returned to its wheels as well.  46512's wheels had been away for tyre turning.  Finally class 27 diesel, 5394 is currently in the shed for a repaint into Green.