Following on from the successful fitting of the water tanks, the floor could finally be replaced and fixed in place.
The picture below shows the floor in the bar area. 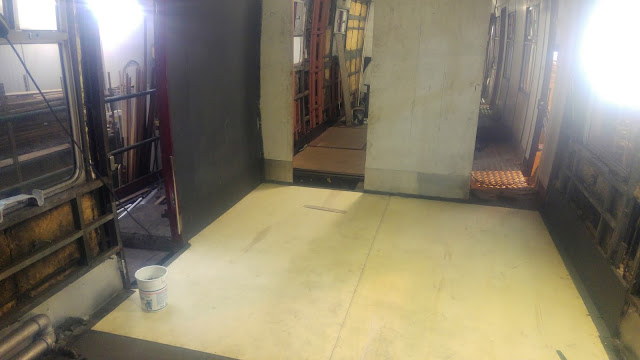 The floor in the kitchen, pictured below has also been fitted in place. 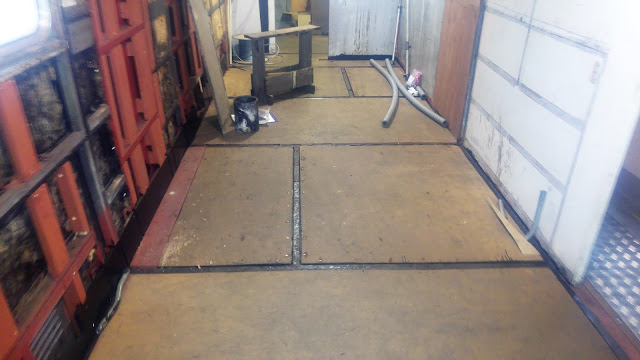 This view shows the additional battens in the roof above the bar.  This is where the glass rack will be fitted.  Also in the picture is the first ceiling panel to be fitted in place. 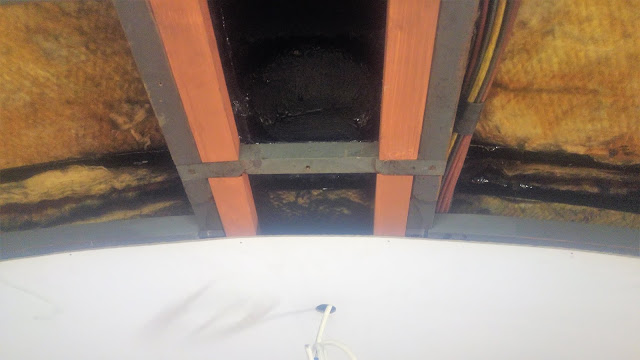 Look no wheels, it almost looks like levitation, as pointed out by my arm in the picture.  The coach has been lifted into the air ready for the bogies.  Inside the coach the new ceiling panels can be seen, the first three have been put into place. 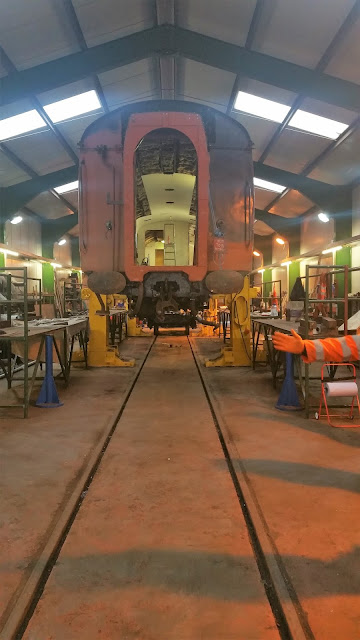 The bogies being rolled into place under the coach. 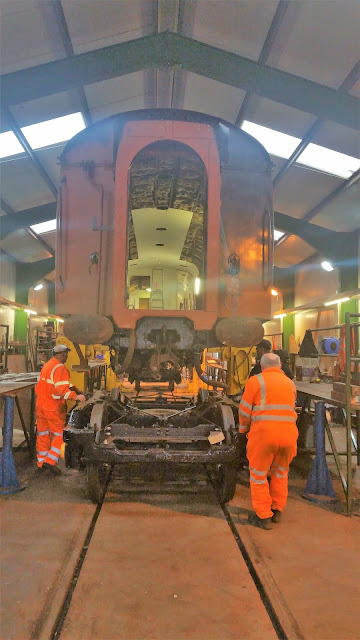 Lowering the coach onto the bogie.  Watching for the centre pin to engage properly with the bogie bolster plank. 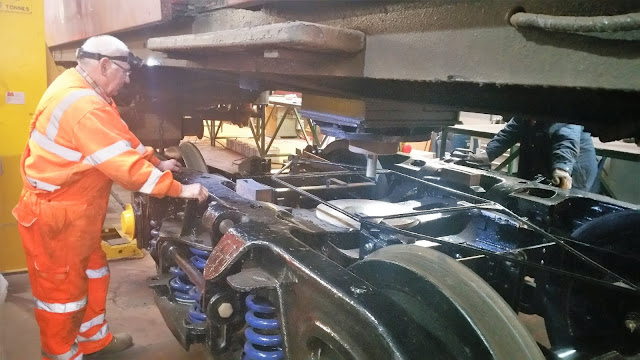 The bogies have been placed under the coach to enable the drop links and support beam to be fitted under the bolster.  This involves using the weight of the vehicle to jack the bolster upwards against it.  This squeezes the springs together allowing the support beam to be put into place.  The bogies will have to come out again later to complete the brake components and fit the safety straps. 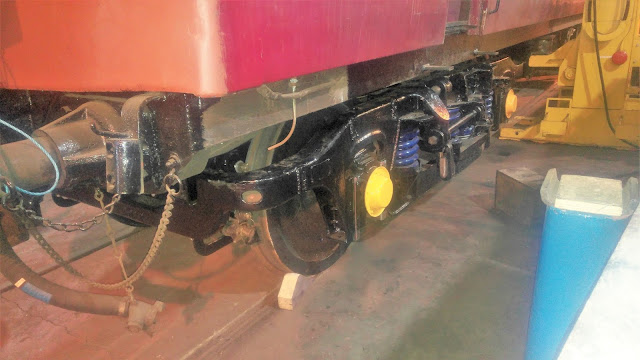 These tubes are like track control arms.  They ensure that the bolster plank stays central in the bogie.  They have rubber bushes at each end with steel washers acting as spacers.  all of these parts had to be replaced as they were all life expired.
This picture also shows the drop arms with the support beam in place under the bottom bolster plank.  This via the spring nests supports the top bolster plank on which the coach body sits. 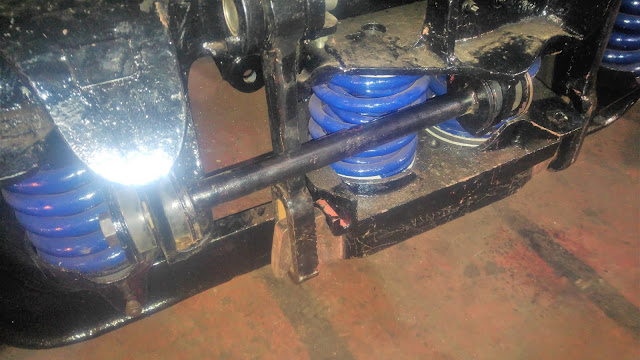 Some of the rubber bushes that we had to have specially made. 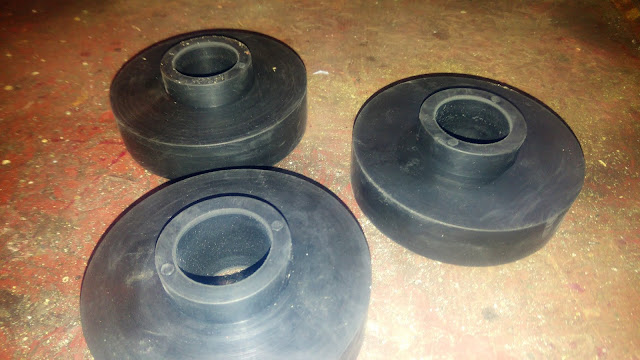 Posted by foxontour at 23:08 No comments: 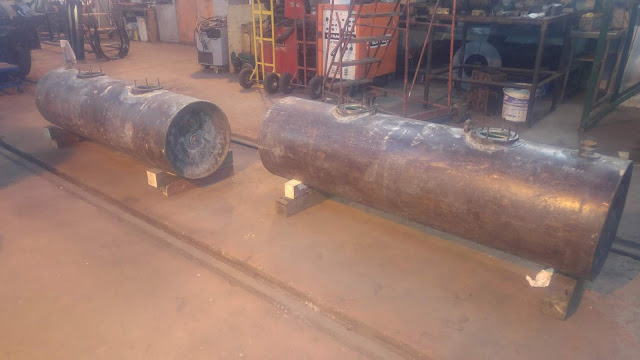 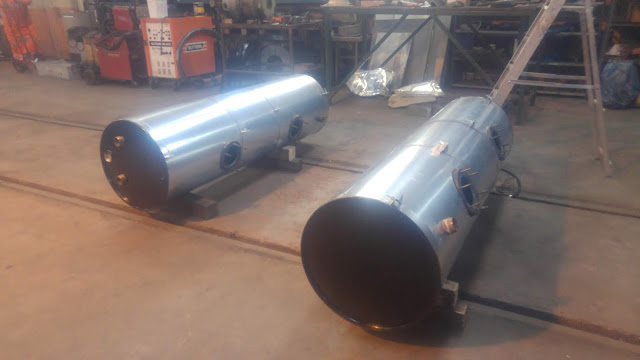 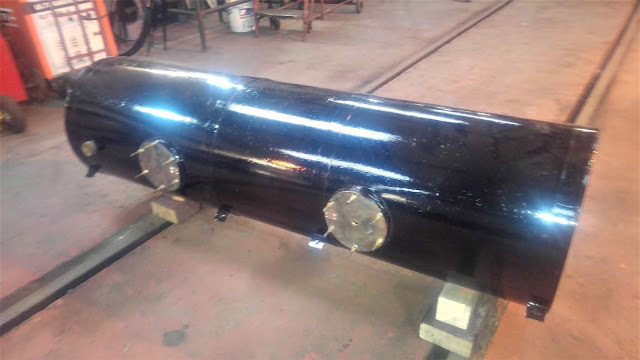 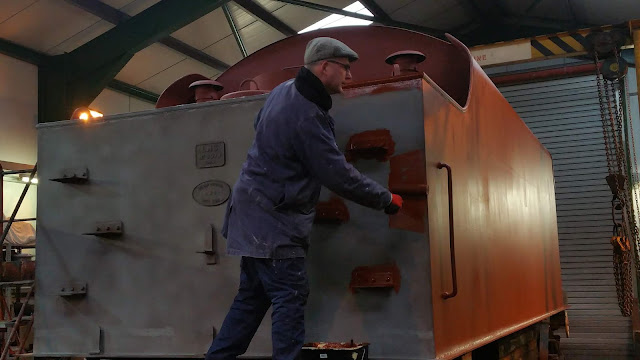 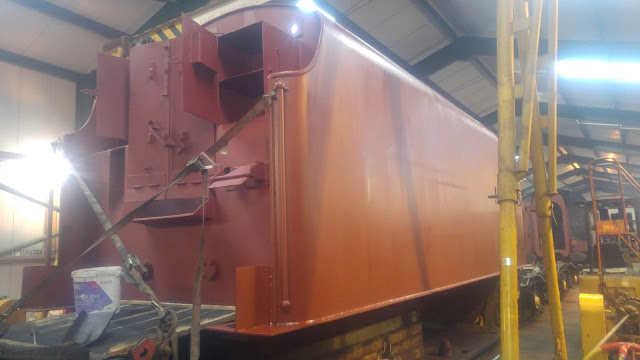