During the closed season all of our operational rolling stock get a visit to the carriage repair shed.  Here they receive a service check, repairs are carried out, then we finish off with a clean and polish.

At the end of the last blog we saw the p-way tool van / mess room being fitted with refurbished bogies.  here it is pictured in the yard having been shunted out of the shed. 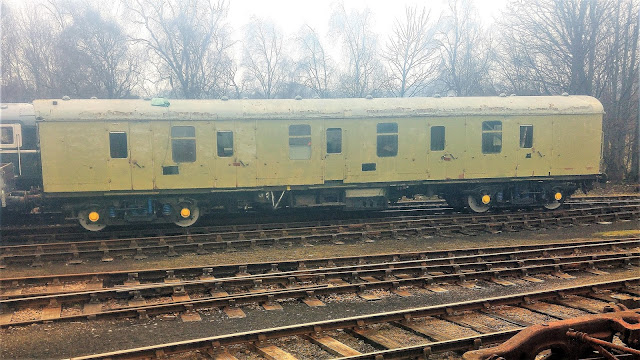 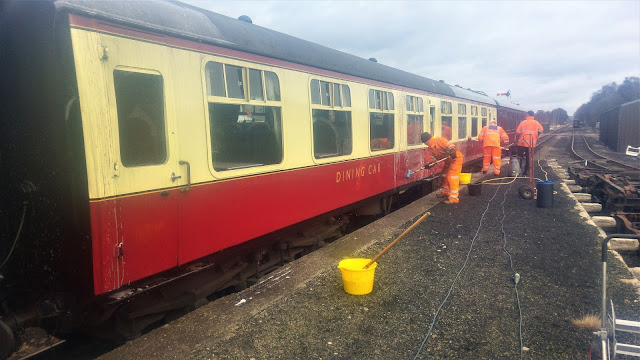 4777 in the shed receiving attention. 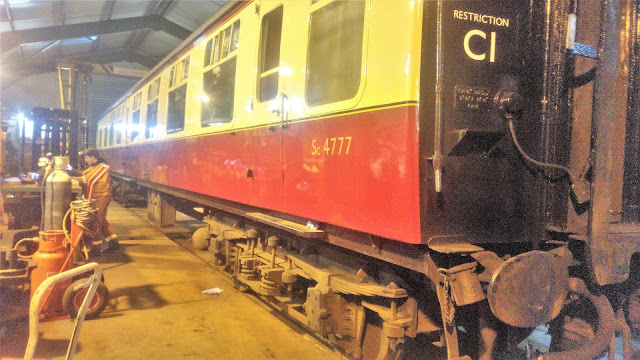 We have been very grateful for the help given by the p-way gang this year.  When they couldn't get out onto the track owing to the weather, they have joined us to t cut and polish the paint work, as well as cleaning the windows.  here Jim is applying more cutting compound to his cloth. 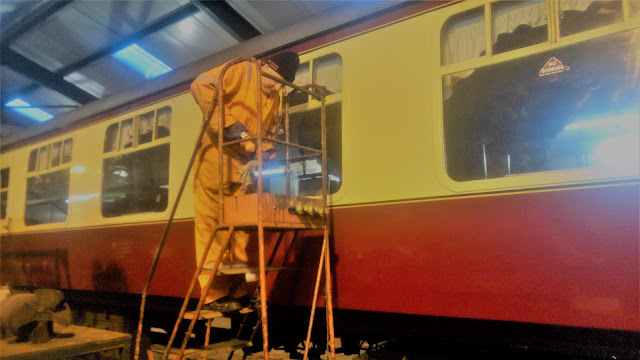 The glare of light from outside affects the camera a lot this time of year. More polishing activity can just be observed through the glare. 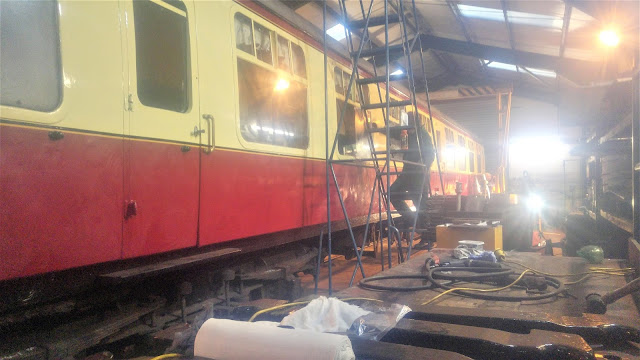 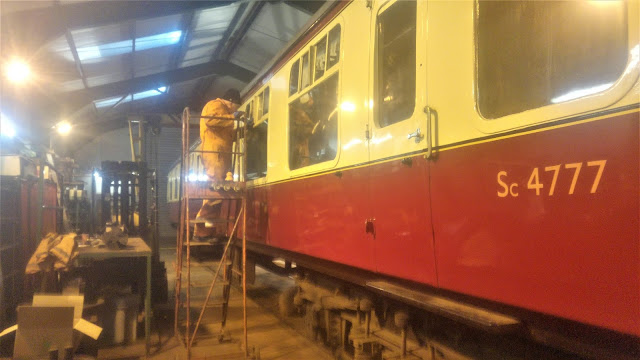 The end result, a very shiny coach leaving the shed. 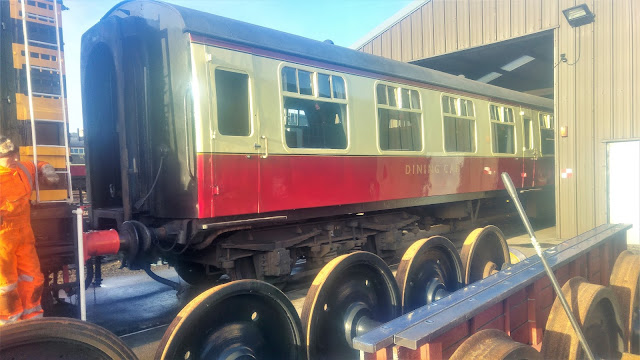 4777 now on the shed exit road, on its way back to the storage shed. 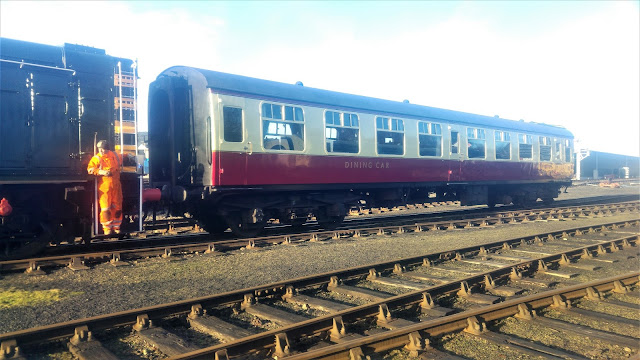 And finally a view from the signal box. 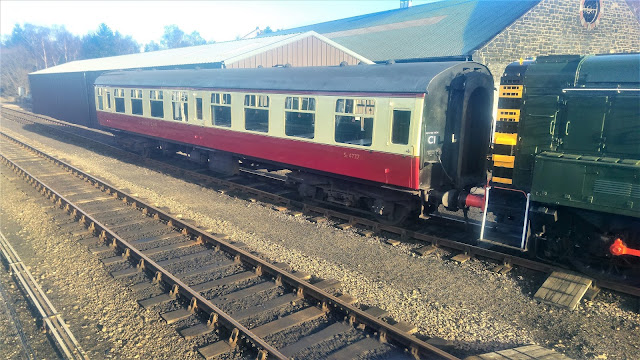 More polishing, this time Neil wielding the electric polisher on 17101. 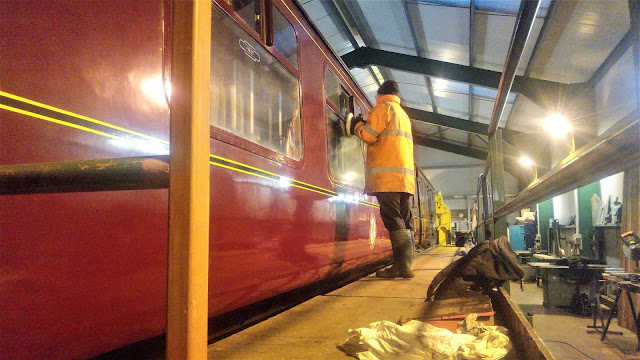 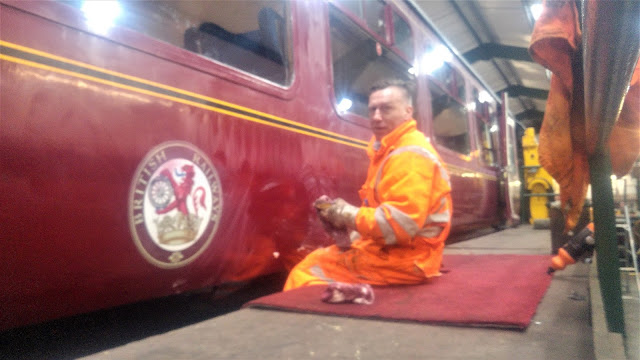 The coaches had suffered from being coated in grime and brake dust which wouldn't come off with normal washing.  The end result of a lot of hard work is shown in this picture. 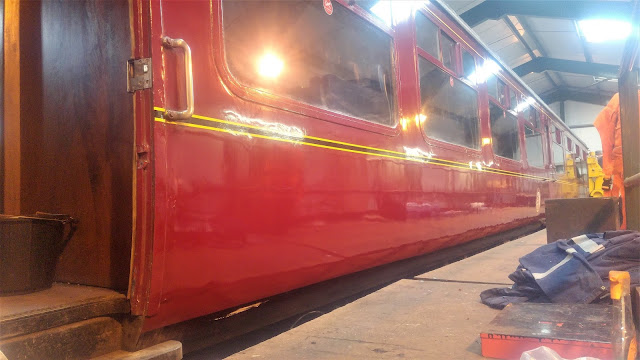 In 17101 and 35069, the two compartment vehicles, the carpets get soiled easily as they are used for dining.  Therefore we renew the carpets on an annual basis, here a compartment in 17101 has had the old carpet lifted and the heater protecting grid removed. 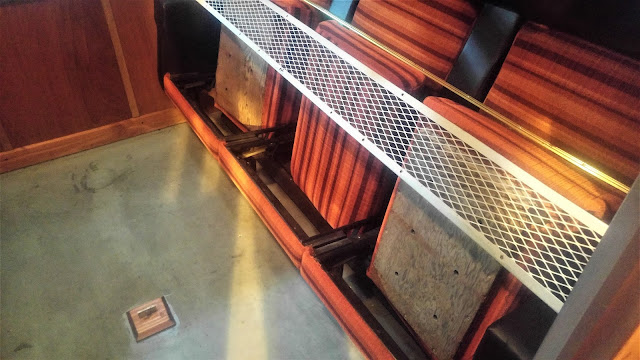 The new carpet has been fitted. 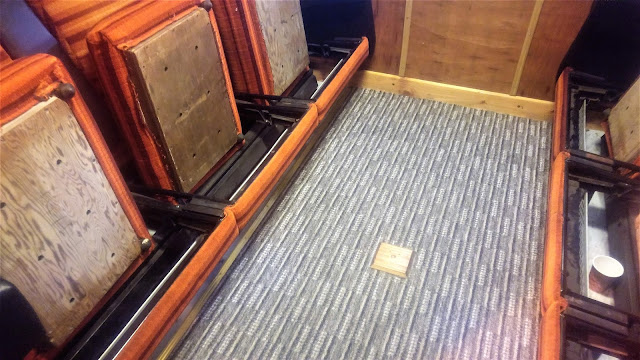 Also in 17101 the hand brake was very stiff to apply.  The linkage was stripped and lubricated making it very easier to operate. 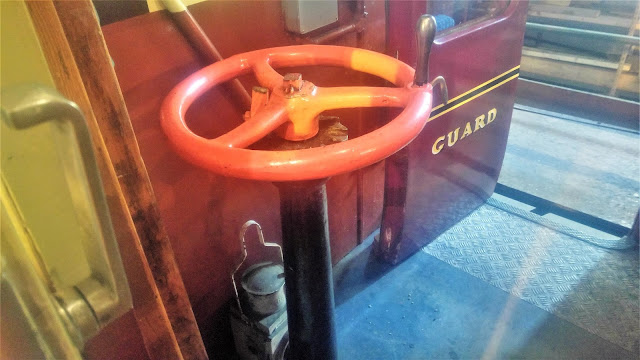 One final job on 17101 was the drop light in the parcels area which crashed to the bottom of the door as soon as it was touched.  The interior panel was removed to give attention to the lazy tongues which operate it. 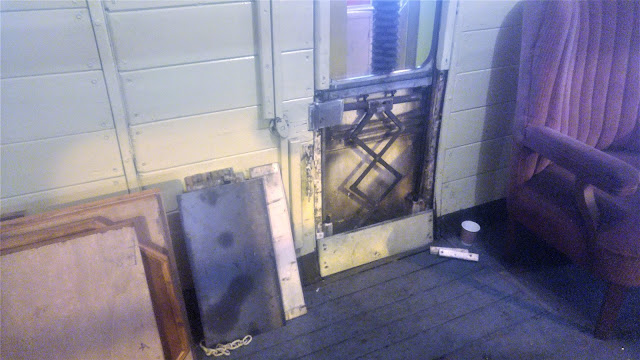 The weather mentioned earlier which stopped the track gang getting out. 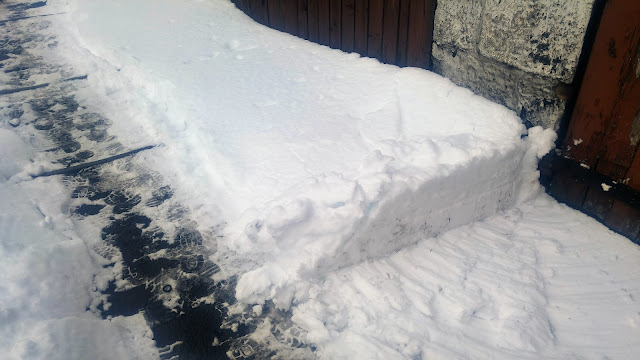 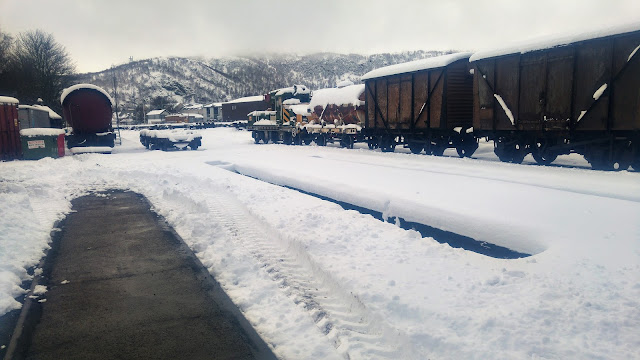 On a better day the class 08 shunter also gets a wash and brush up. 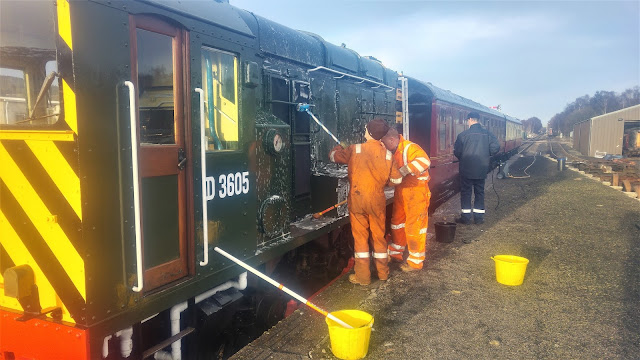 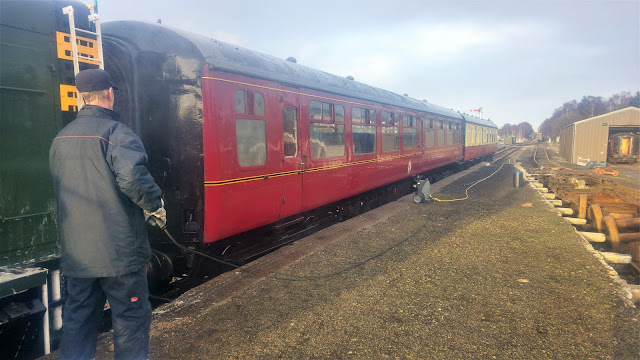 5057 on number 8 road during a shunt to put it back into its position in the shed. 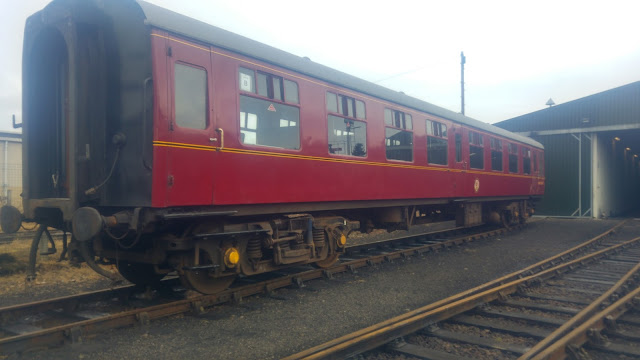 35069 is usually part of the dining set and usually operates with electric heating.  During the Christmas running it joins the service set and operates on steam heating.  As the steam heat is rarely used we found two fairly bad leaks that we were unaware of.
One of the leaks was in the flange where it joins the headstock. 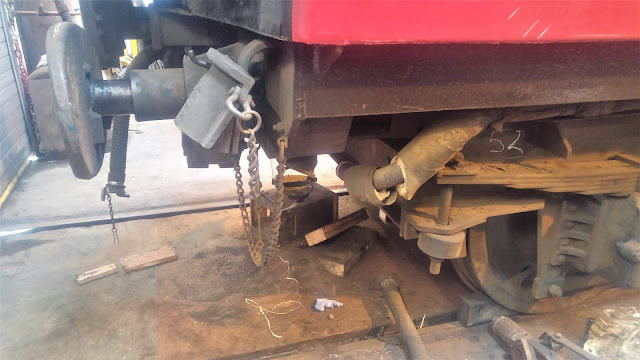 Richard managed to remove the end of the pipe which is shown in the vice having attention. 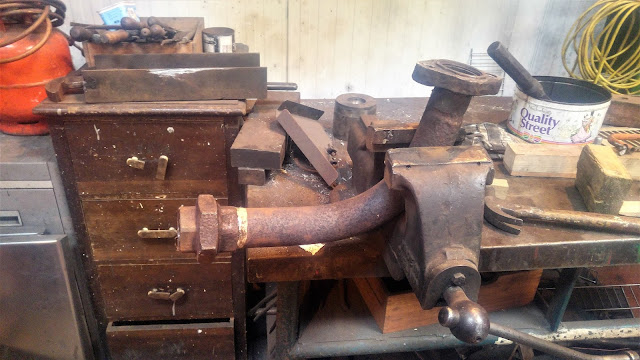 The offending flange where daylight can be seen from a hole in the pipe.  This area was very thin from corrosion and had to be plated over.  The bolts also had to be drilled out, the remains of the bolts can be seen with a hole drilled into them as the first stage of getting them out. 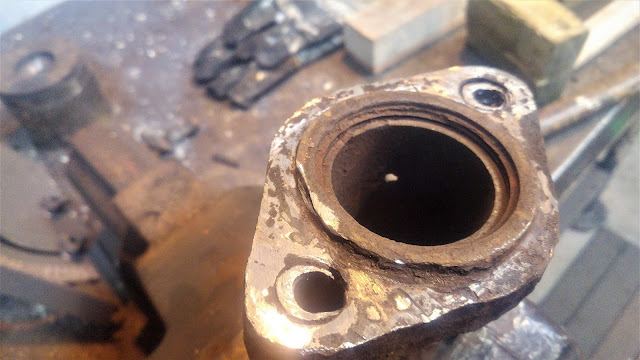 One of the bigger jobs this winter was the water system on kitchen car 1928.  The original 1960 system was a compressor which pressurised the water tanks to force water out of the taps when they were opened.  This system could not keep up with the demand so it was replaced with a new diaphragm suction pump and small reservoir.
To house the new pump the existing compartment for the compressor was used, however this needed extending to accommodate the larger pump.
Below is a picture of the new pump in its housing. 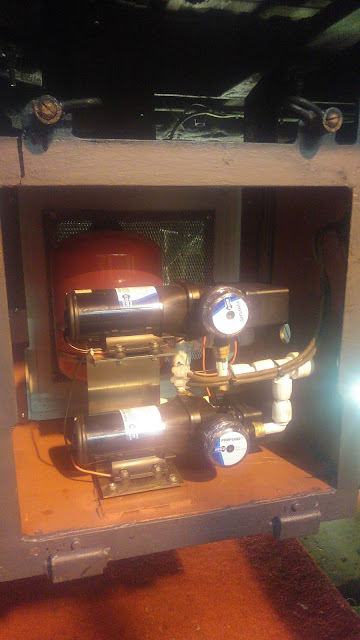 Posted by foxontour at 11:48 No comments: