The season starts and 5057 misbehaves 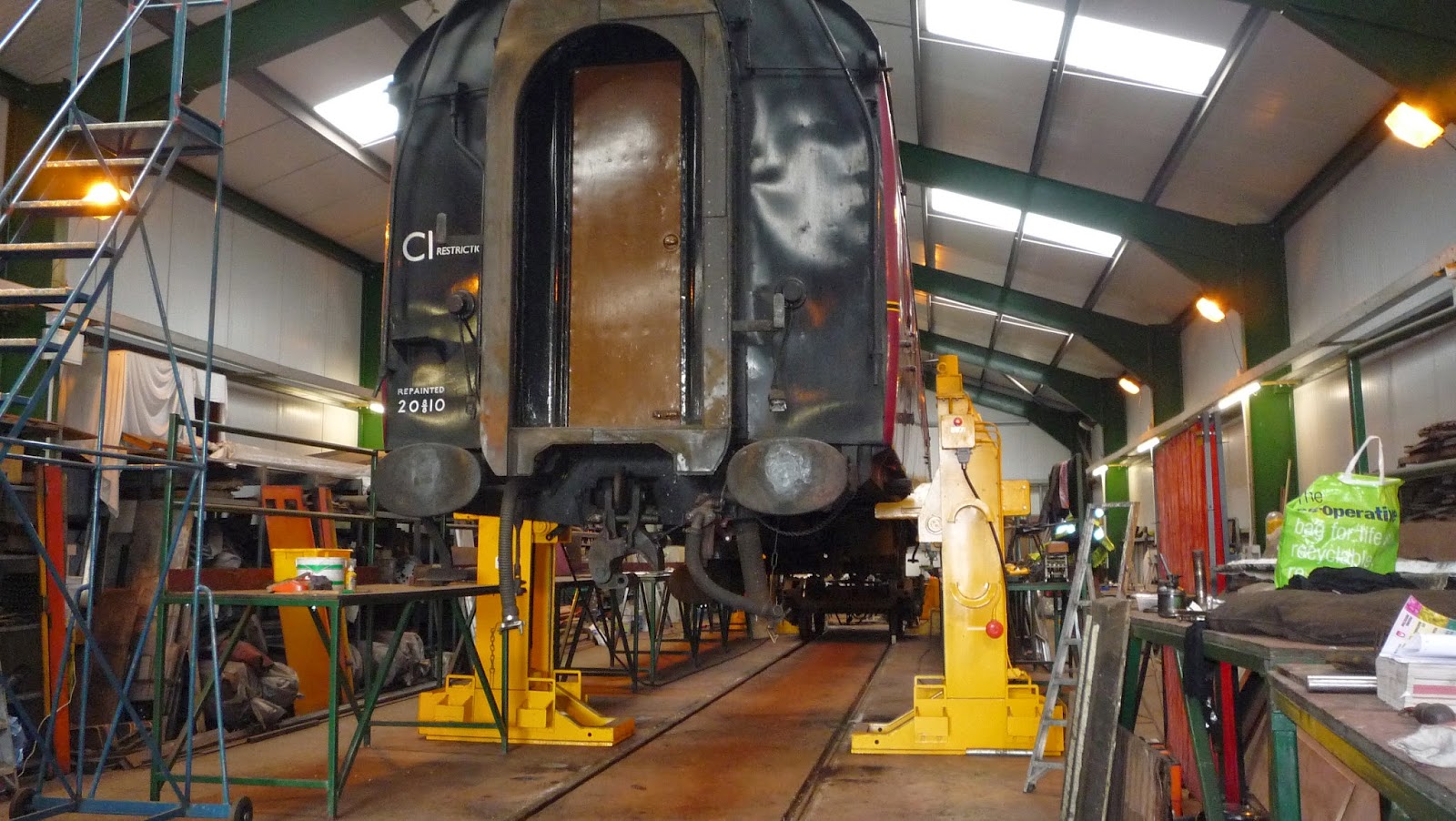 No option other than to re-arrange the shed again, get 5057 on the jacks and remove the bogie. 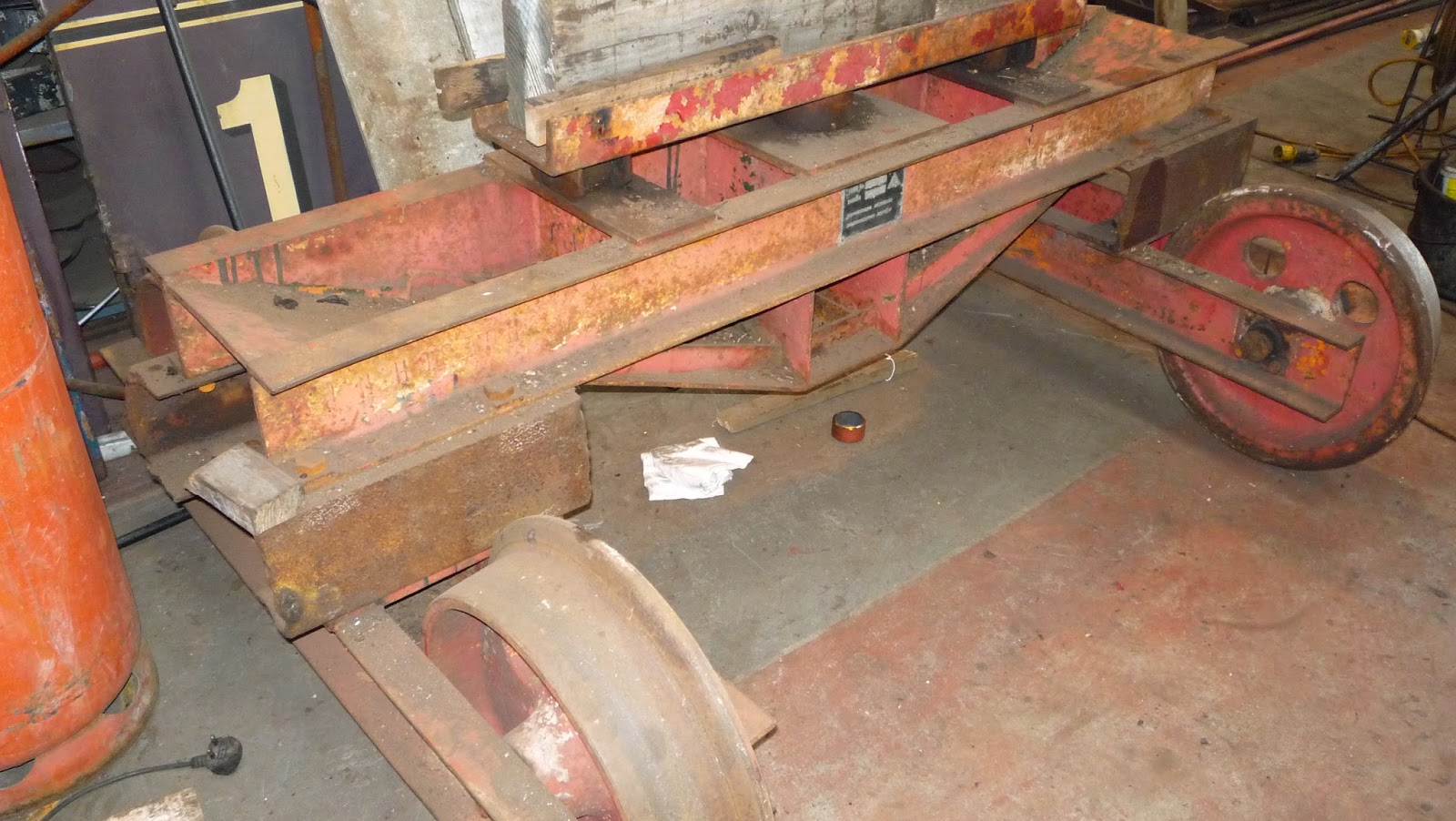 The slave bogie awaiting service again under 5057 whilst we repaired its own bogie. 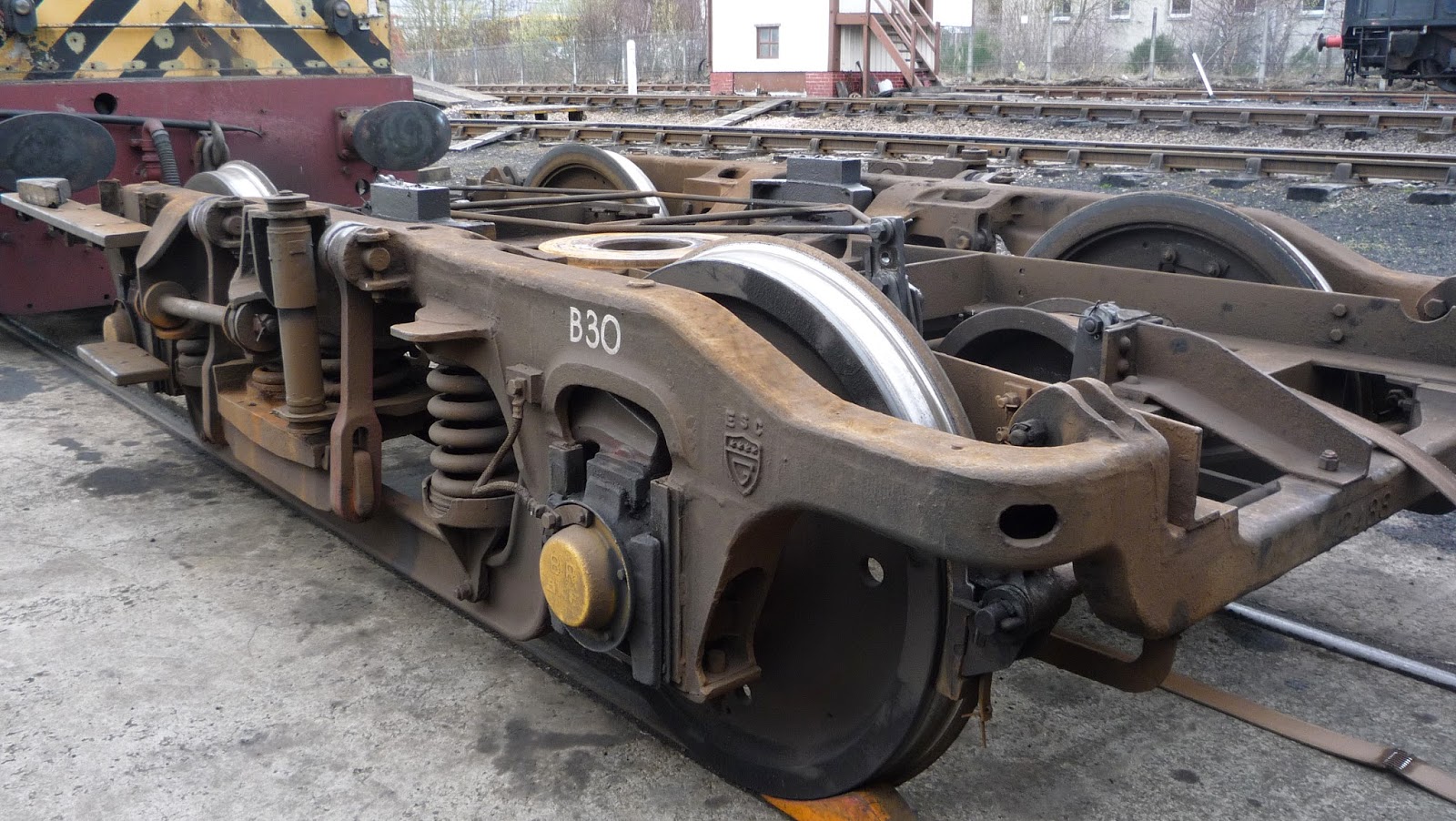 The errant bogie outside the shed.  The next move is to release the brake gear, and the horn plates, then place under the gantry to lift and remove the axle. 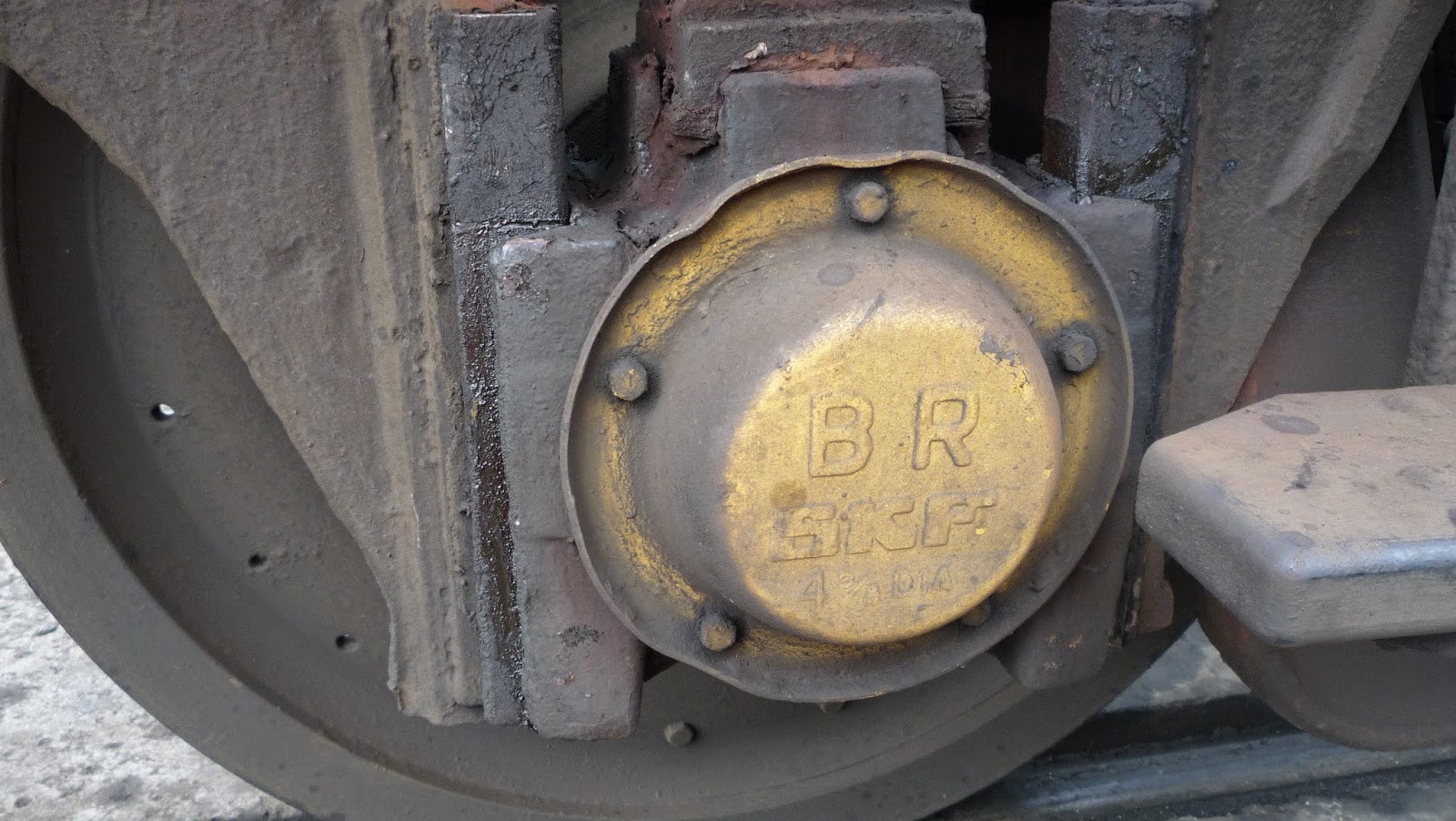 This is the problem axle box.  It is stuck at the bottom of its travel, there are signs of movement on the top of the right hand slide, but nowhere else.  It was well and truly seized. 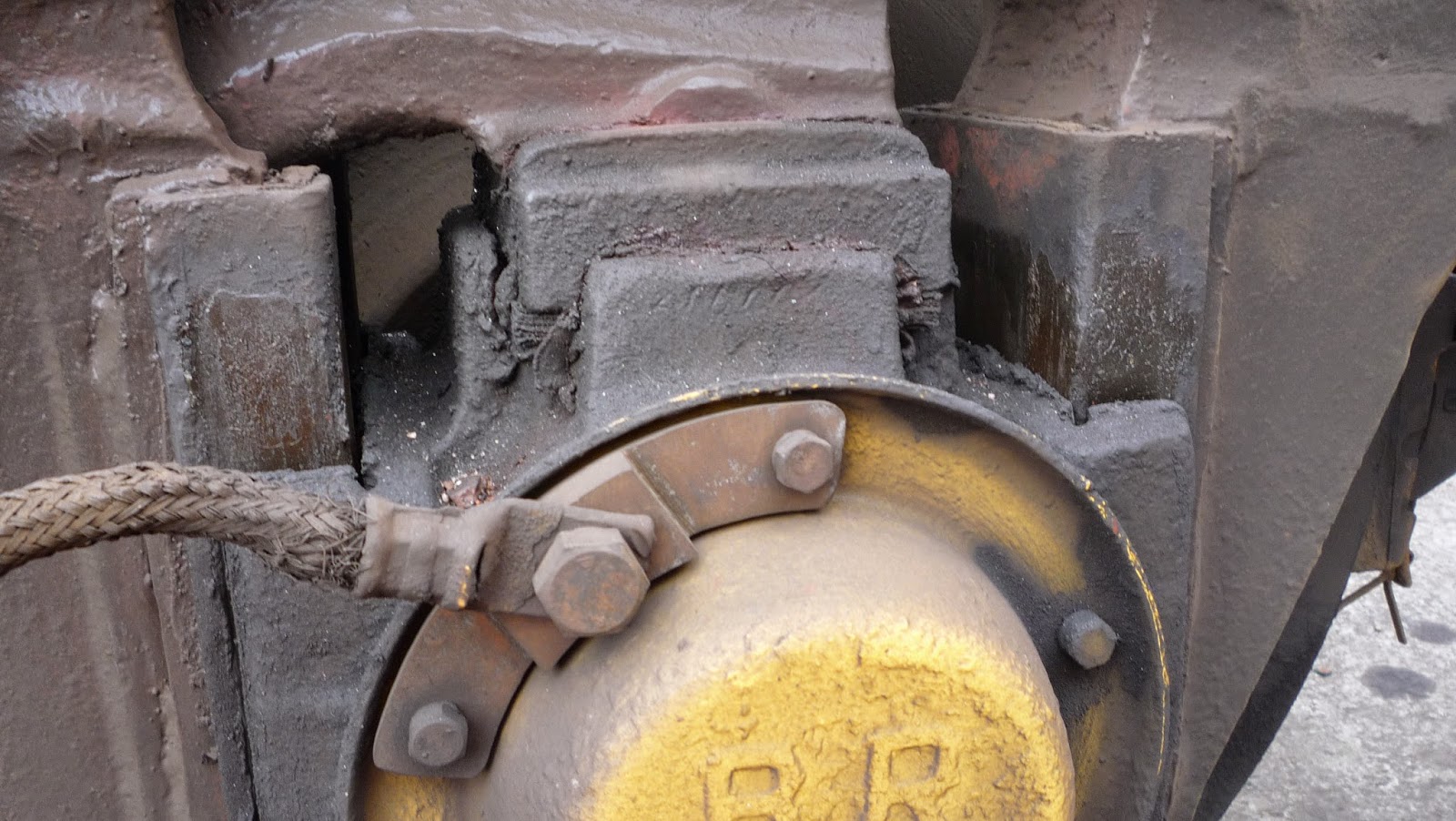 By contrast this is the opposite end clearly showing where it has moved up and down the slides. 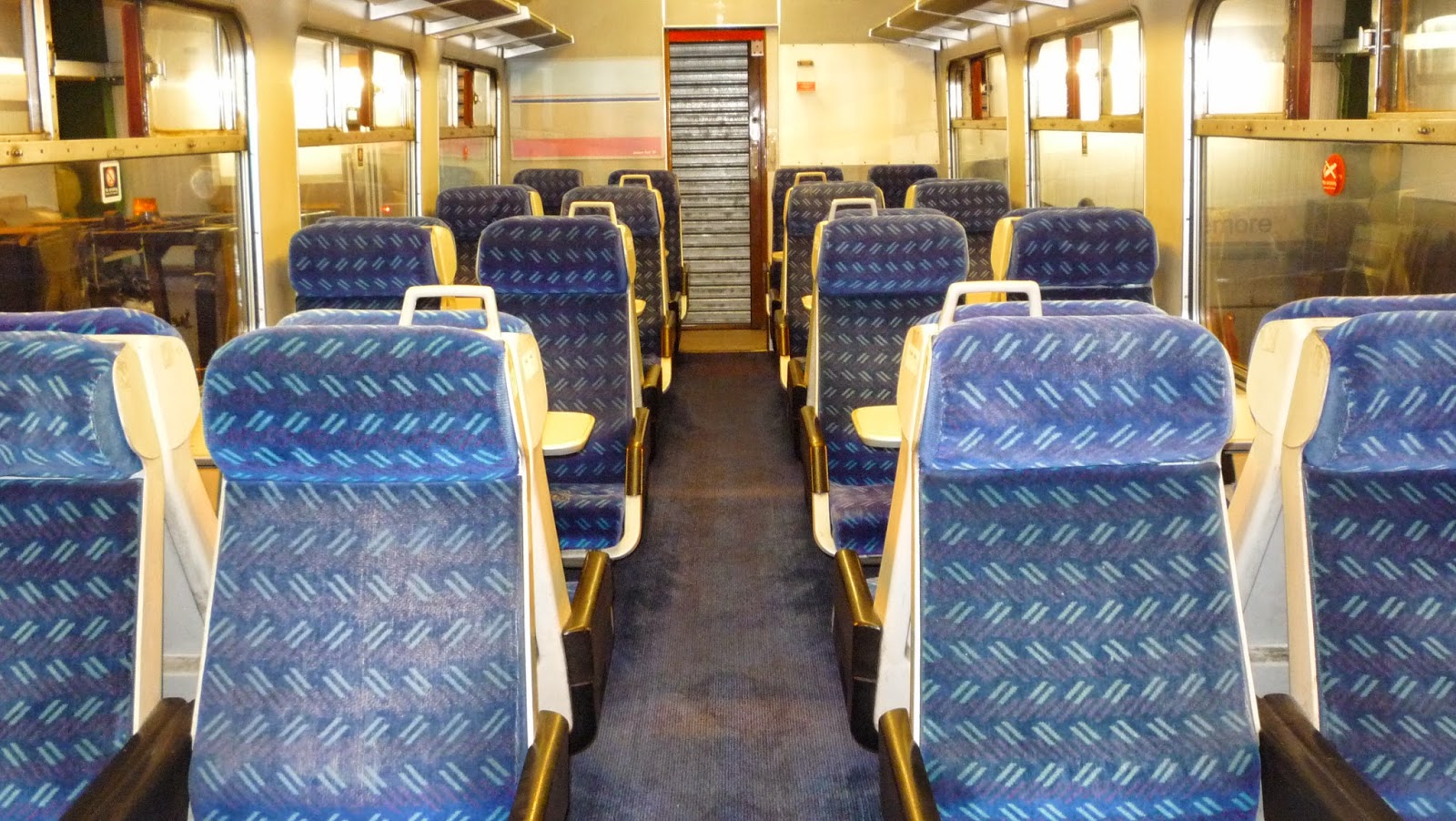 Standing in for 5057 was mark 2 TSO 5204.  It had spent the previous week having a service, we also removed the cushions, seat backs and head rests.  The seat frames were then vacuumed and washed, with all upholstery being vacuumed and replaced.  It was finished off by the shampooing of the gangway carpet.  This coach is not a guards favourite, because of the carpet it is not easy to clean. 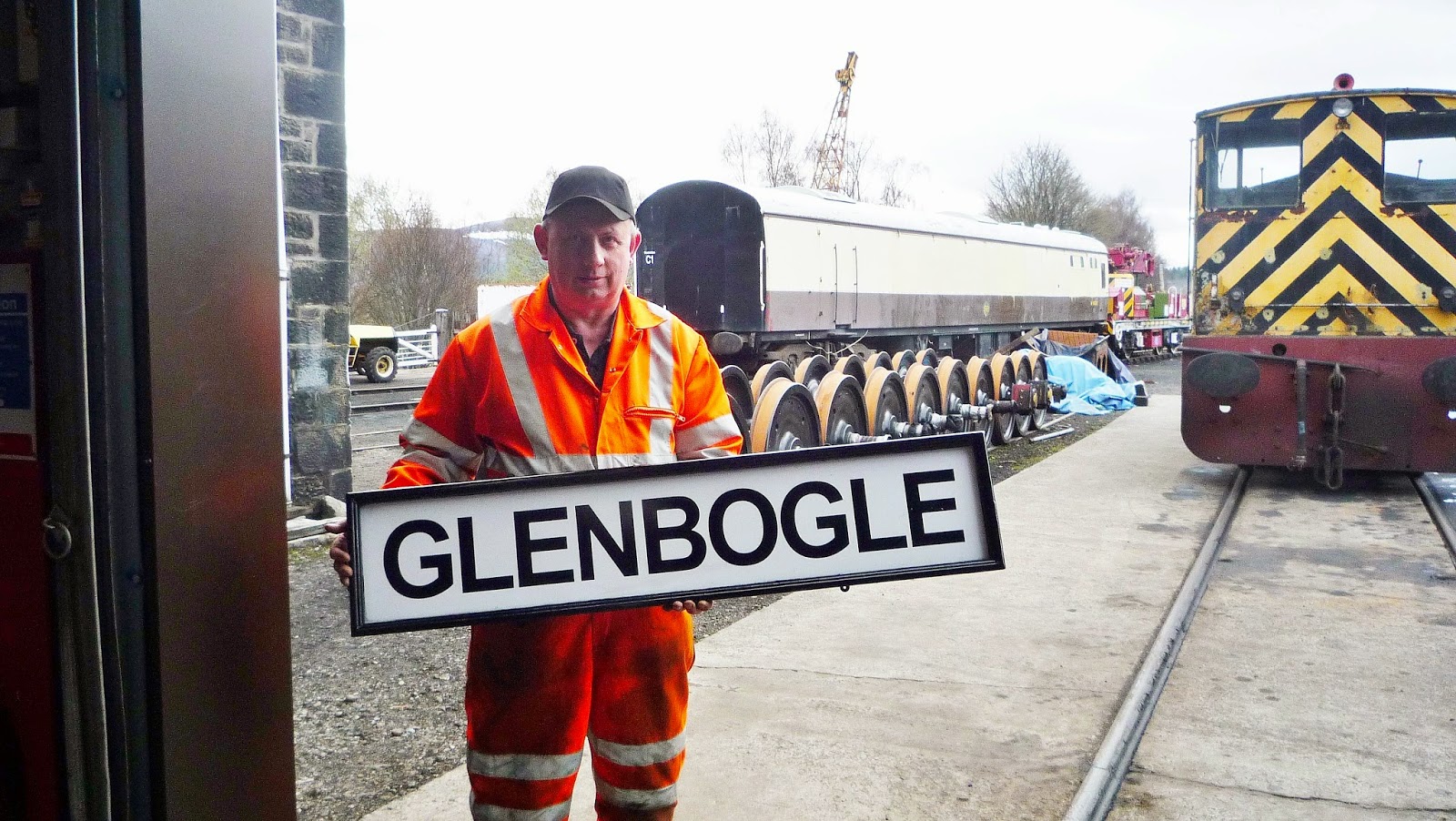 One of our diverse tasks, this one was to renew the wooden frame around the Glenbogle sign.  Here shown completed with fresh paint, it is about to be put on the train and sent back to Broomhill. 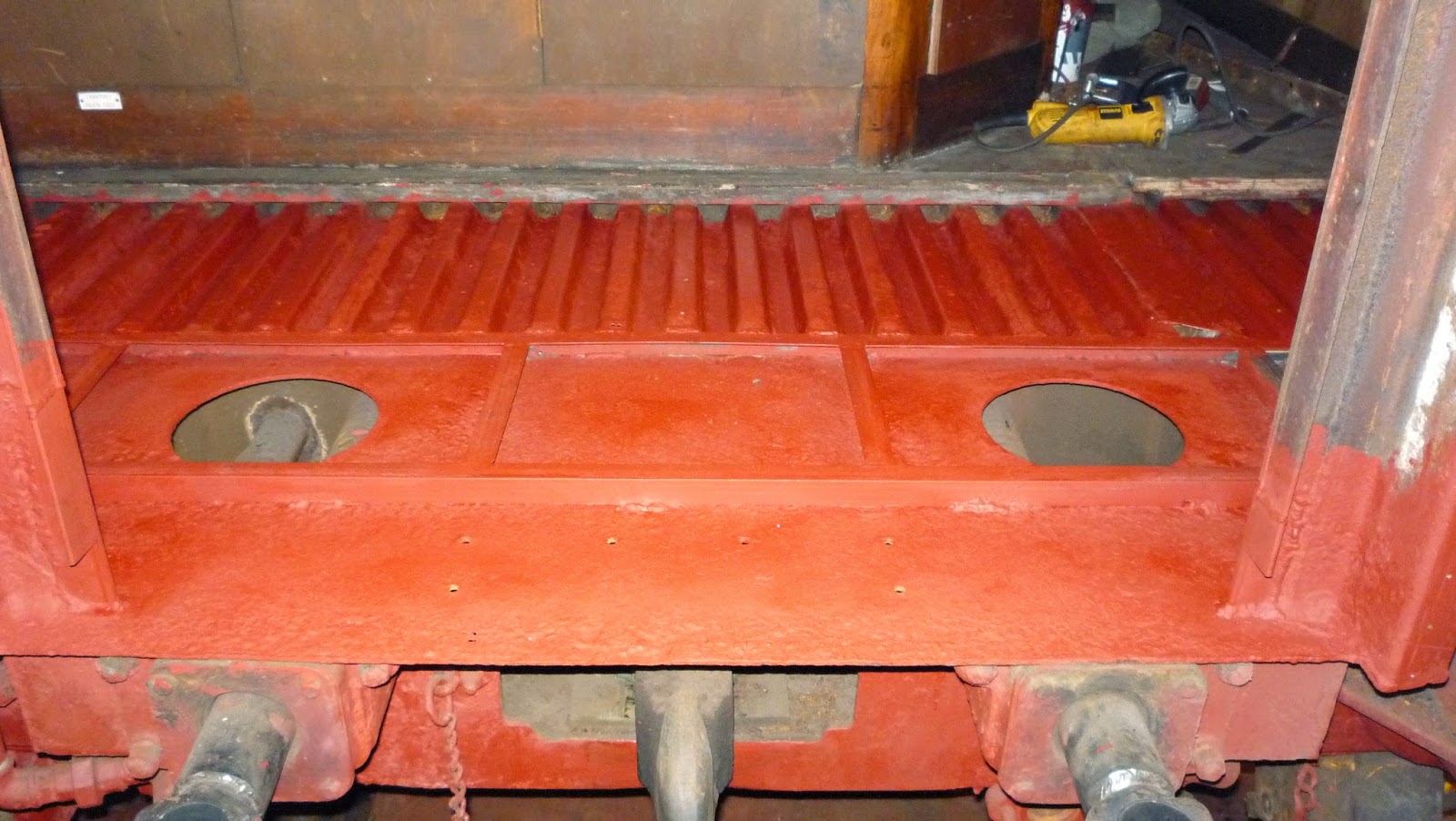 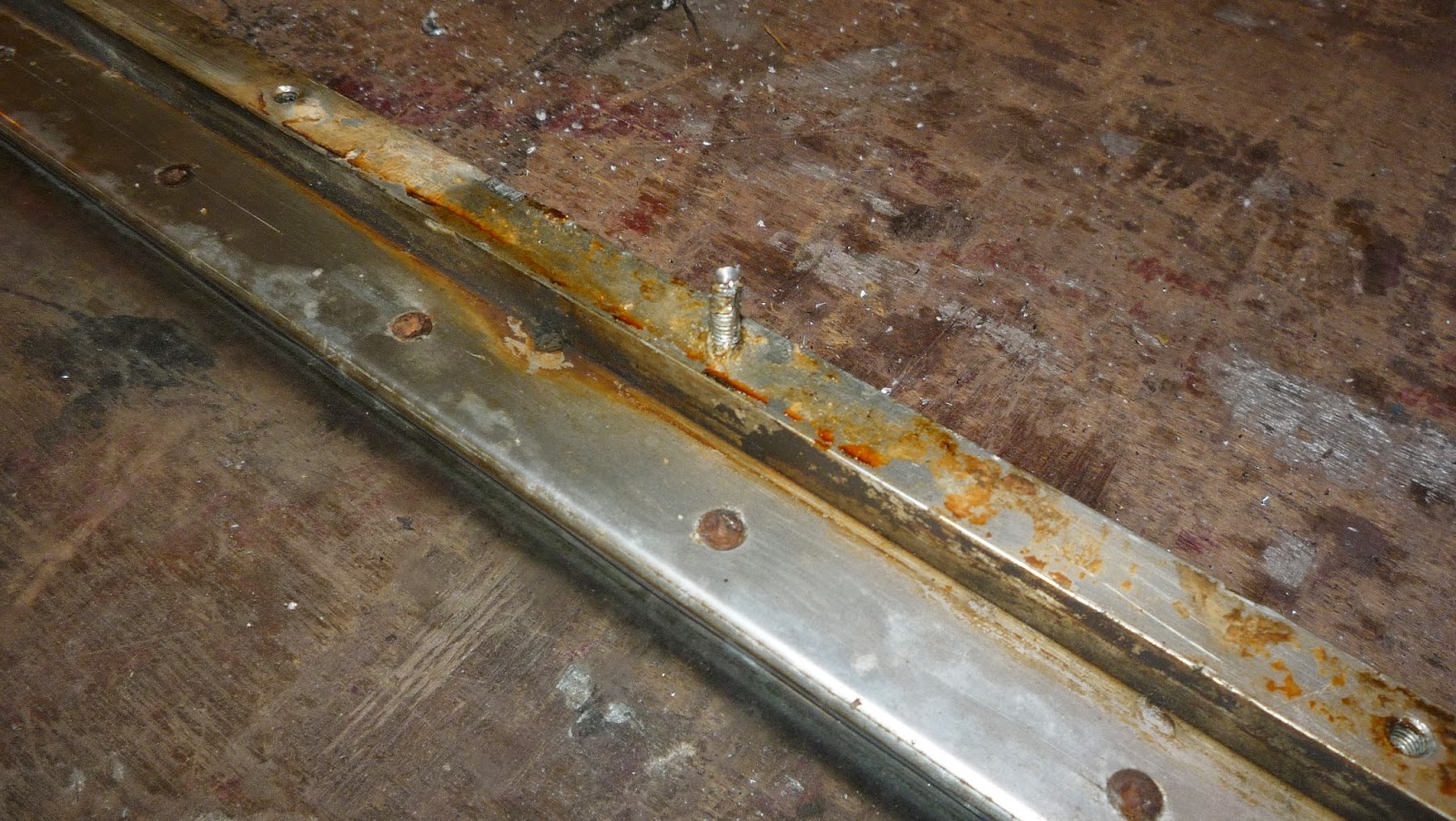 This is a broken stud in a window frame awaiting removal. 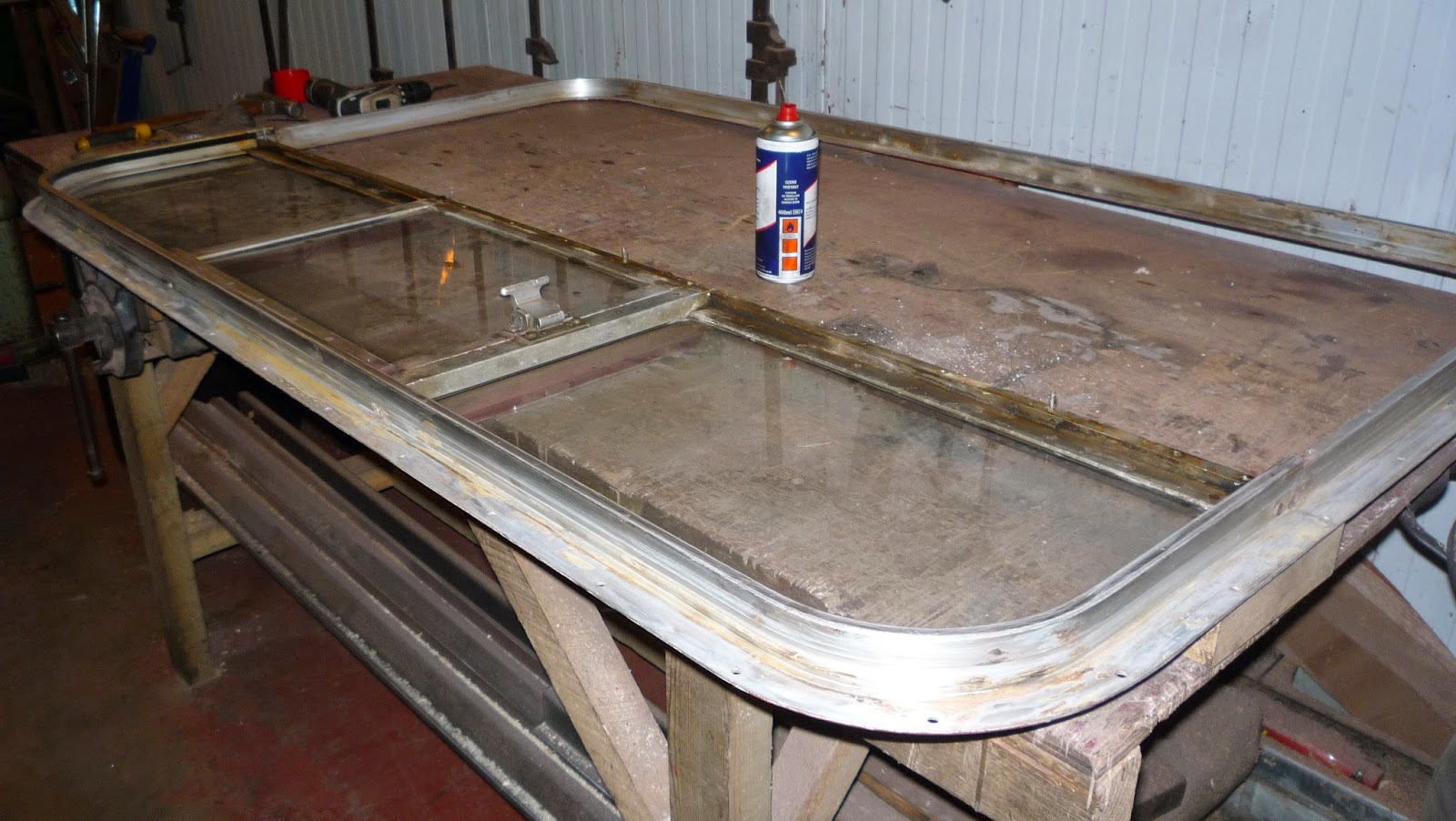 An overall view of the window frame with the lower pane removed. 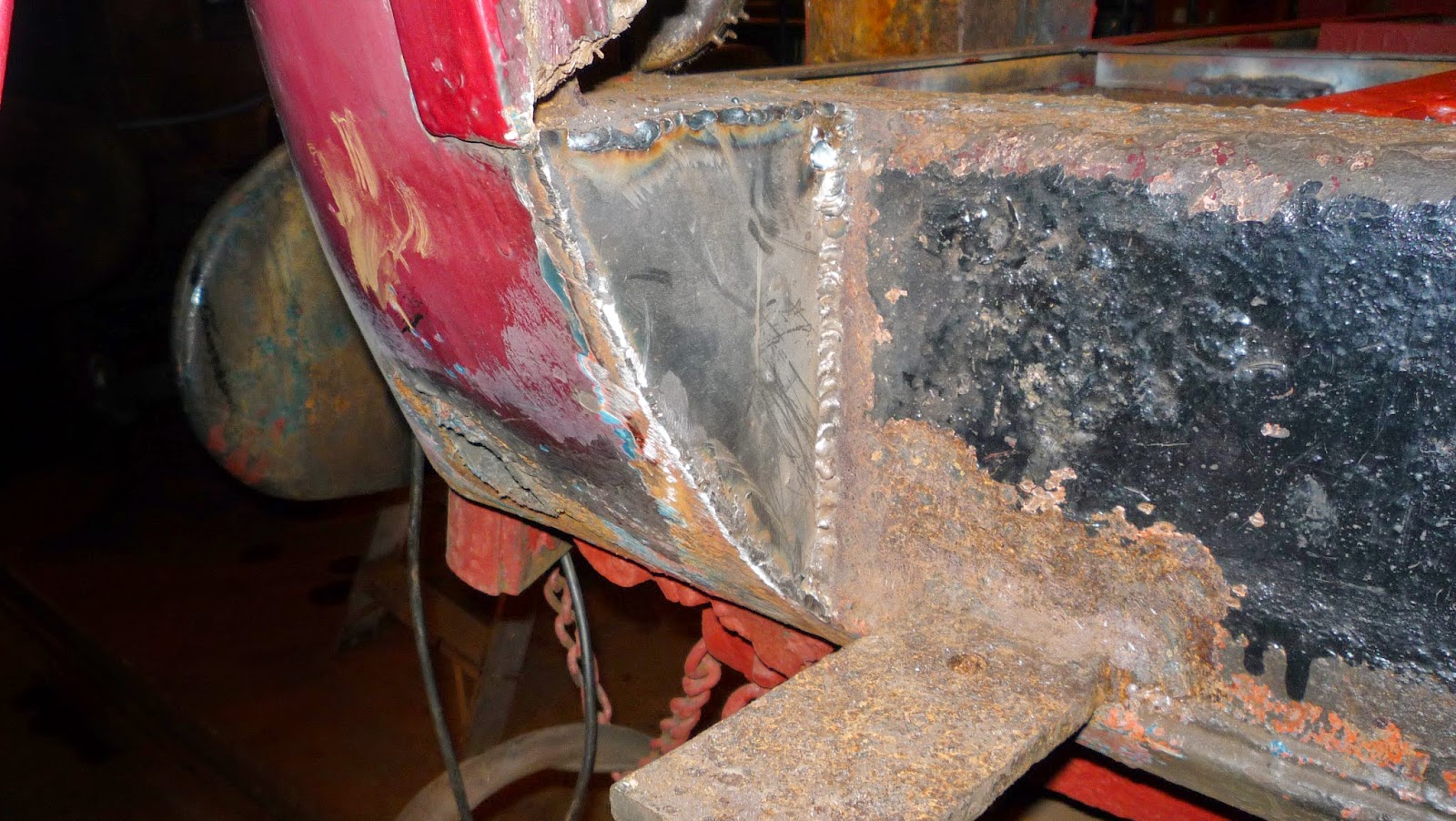 A repair to the door well before painting. 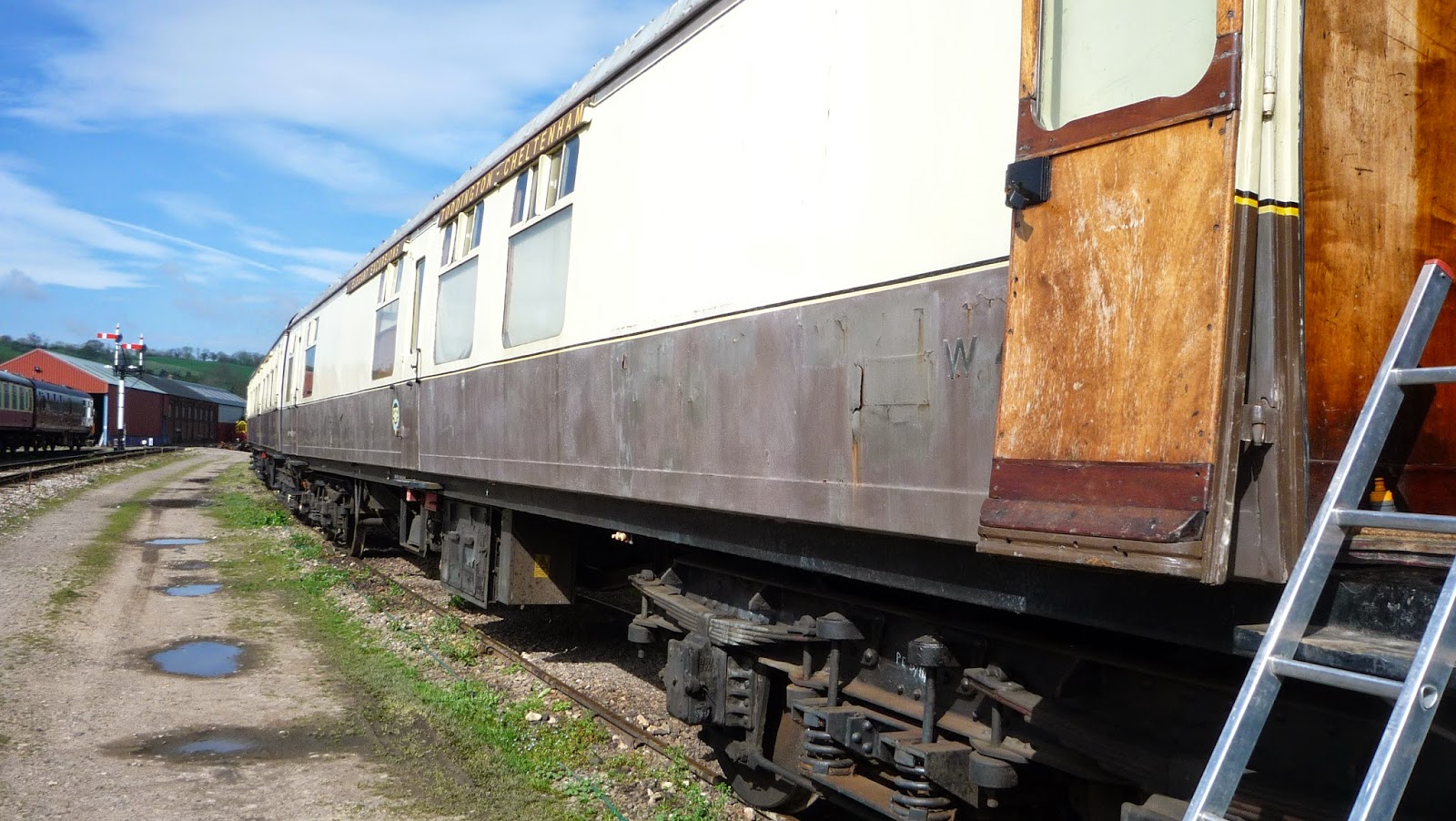 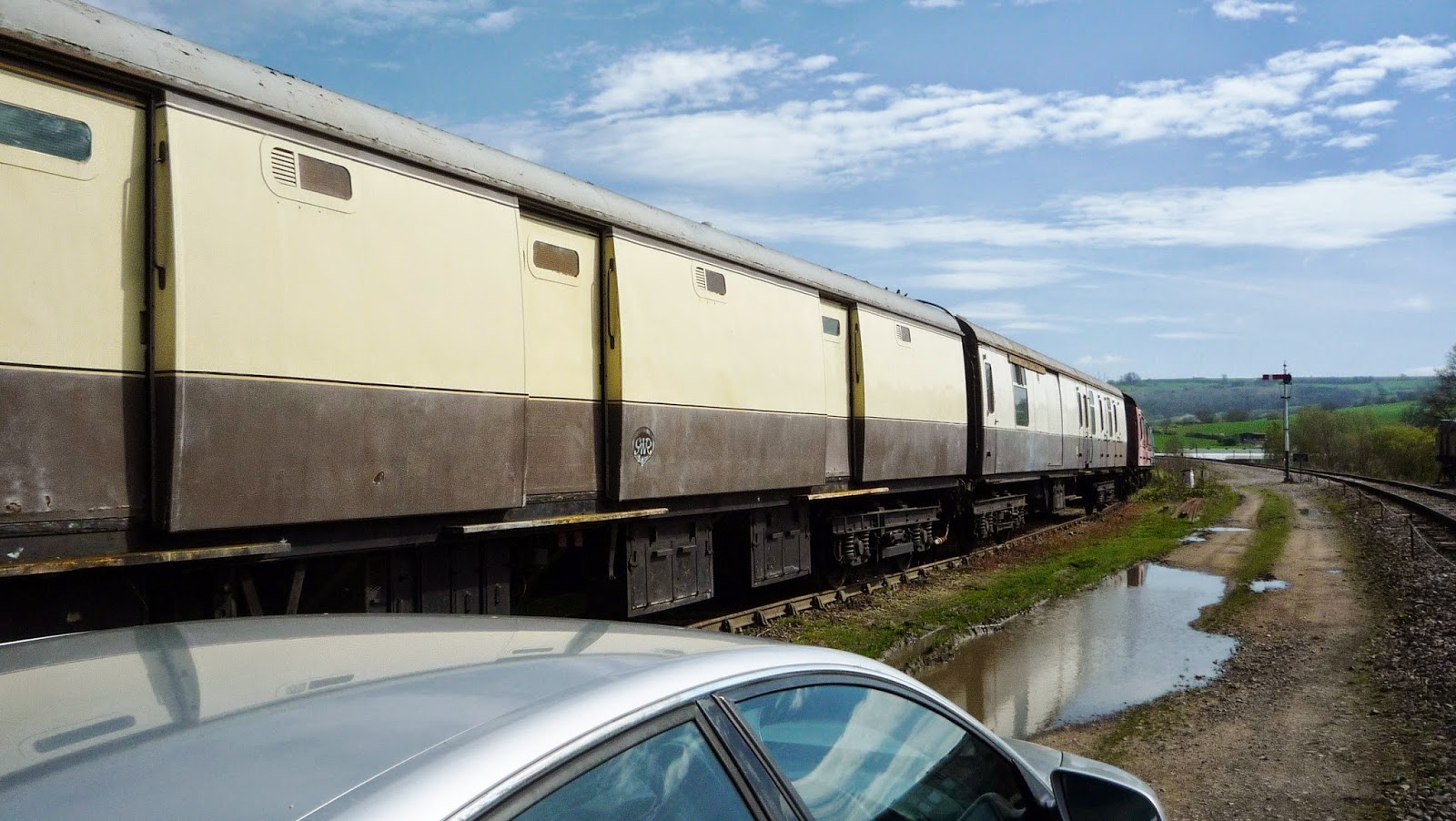 It shows just how far we have come when you consider that a large railway like the G+W has no undercover coach storage, whereas we can put 20 undercover.
Posted by foxontour at 21:27 1 comment: