BR Mark 1 RU, 1936 which is an ongoing project has been brought back into the shed.  The first job was to lift it and remove the bogies. 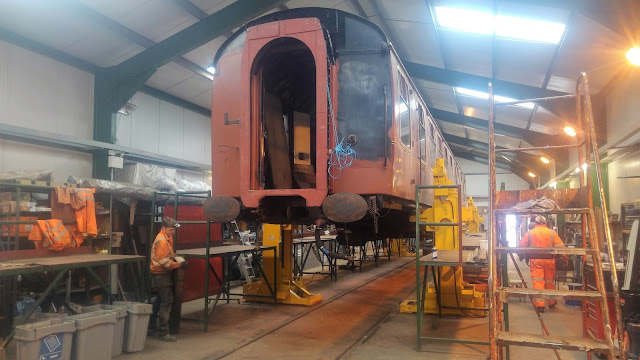 Originally it had been fitted with Gresley bogies.  This was carried out by British Railways because the BR1 bogies it had when built were not stable enough.  The Gresley bogies were heavy duty and cured the stability problem.  The Gresley bogies unfortunately were worn out, we had planned to fit a pair of B5 bogies and had already fitted one at the kitchen end.  However lack of another B% and doubts over the brake linkage has led to a rethink and it will now have a pair of commonwealth bogies fitted.
Another picture below of the coach on the jacks.  It is being lowered down to a workable level, it will be left on the jacks with baulks of timber at each corner for stability. 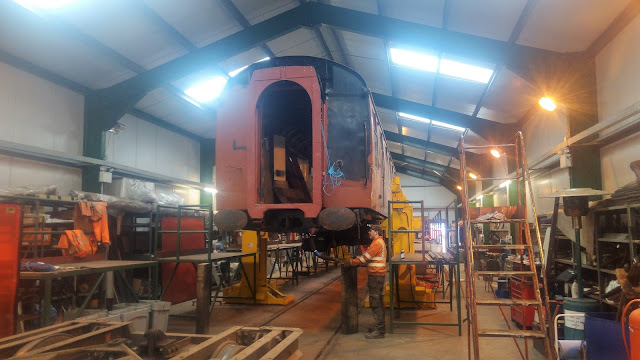 After the bogies have been removed it reveals the centre casting.  The polished boss and the greasy pin below it, are the parts that locate into the bogie.  To change the bogie to a different type we have to change the casting to one that matches with the new bogie. 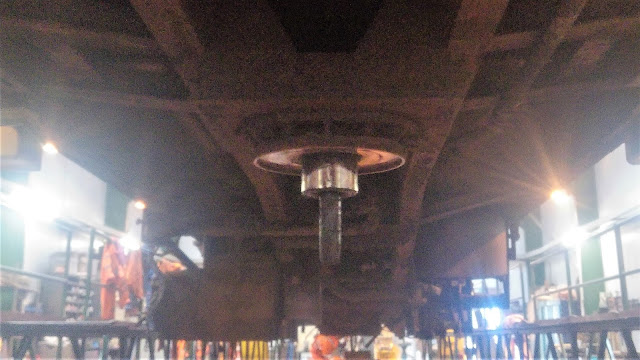 When the casting has been removed it leaves the mounting plate.  This will have to have new holes drilled in it, to match the new casting. 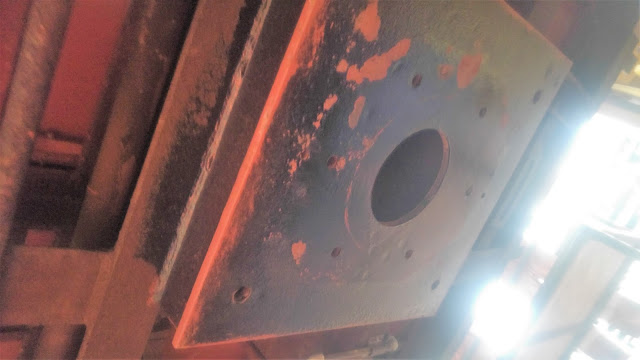 Inside, the kitchen will be completely redesigned, as a result of this we no longer need the old compressors that worked the bottle cooling unit.  The picture below shows the very heavily over engineered compressor housing after it had been removed from underneath the coach.  The space where it came from will be used to create a housing for an on board generator.
Anyone want a large steel rabbit hutch? 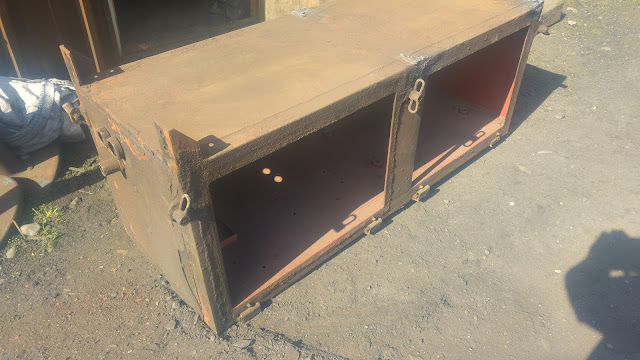 We have some additional visitors at the moment.  When we went to get new propane bottles for the dining car, we found a very vocal blackbird protesting at our entry into the gas store.  There is also an Oyster catcher that has laid its eggs in the gravel of the old Speyside platform. 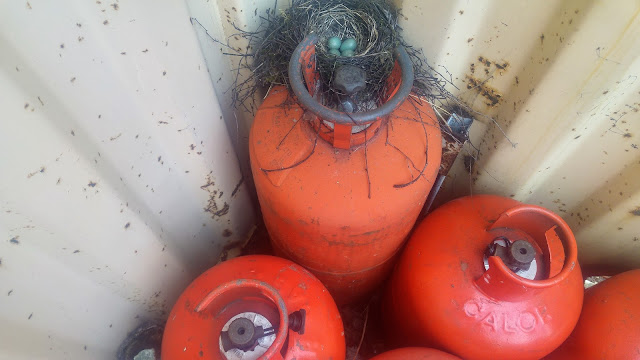 After washing the service set, we noticed that 5057 and 5060 were both low on brake blocks.  They were both detached and shunted over to the shed exit line to have the blocks changed.  This was the nearest point to the carriage shed that we could get to. 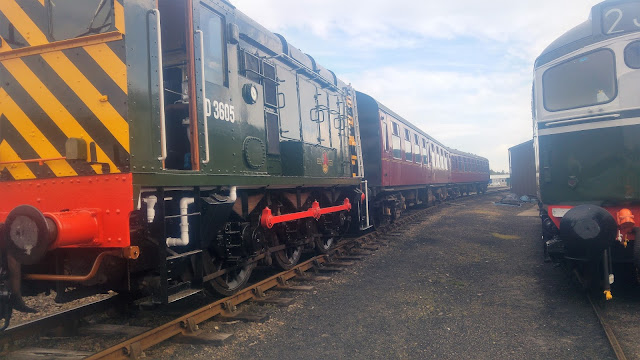 Posted by foxontour at 10:59 No comments:

The coaches have taken a bit of a back seat these last few months.  First of all we hosted the two steam engines, both of which required lifting to remove wheel sets.  Over the last few weeks we have been hosting the class 27 diesel, followed by the class 08 shunt engine, both of which were in the shed for repainting.
The class 27 which was returned to as built condition, without any yellow ends.  Whilst it was with us, all of the cab doors were rebuilt, as were the cab floors, which were replaced with new plywood. 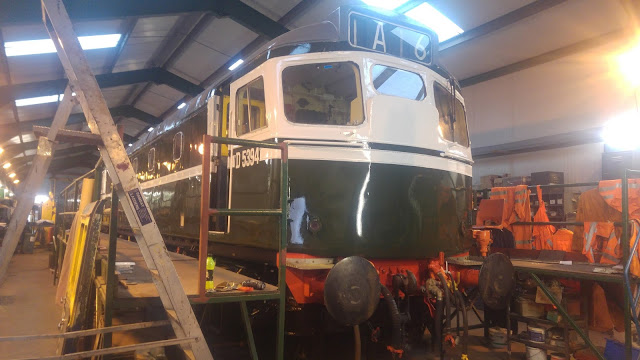 The loco pictured working the first inbound Royal Scotsman of the season. 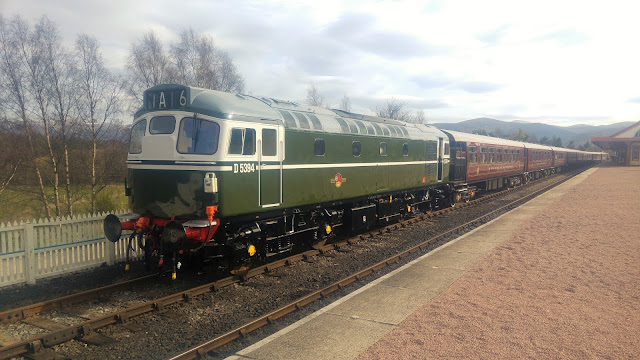 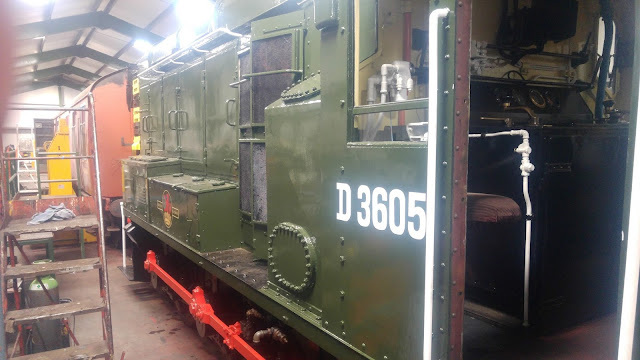 The loco had to have two new doors made.  These are wooden doors with wooden posts, which have been stained in keeping with how they were when first built. 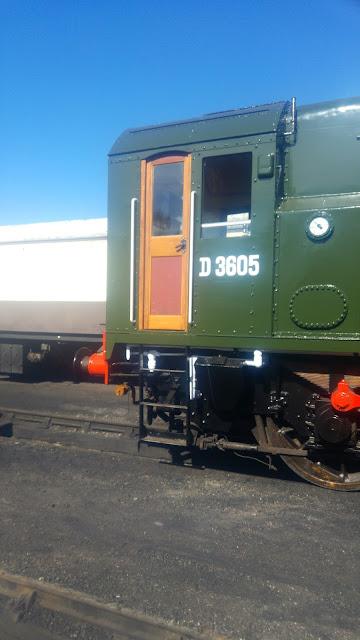 The finished loco outside Aviemore shed. 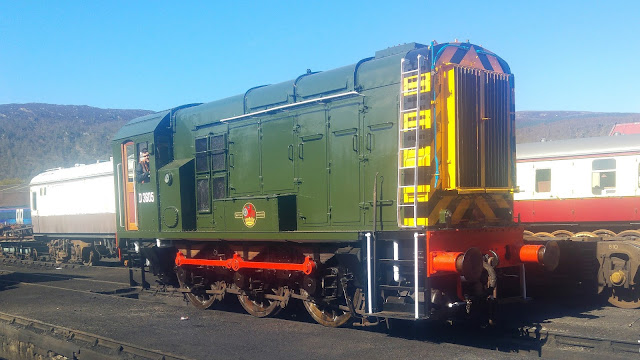 Then back to repairing coaches.  BR mark 1 BSK, which is part of the dining set, was in to have a temporary bar fitted to the former luggage area.
Pictured here outside the carriage shed. 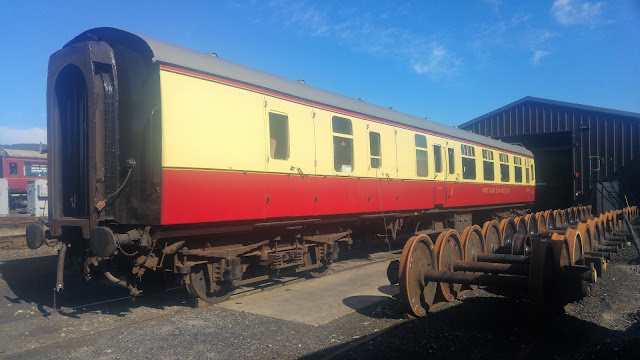 View number one of the new bar area. 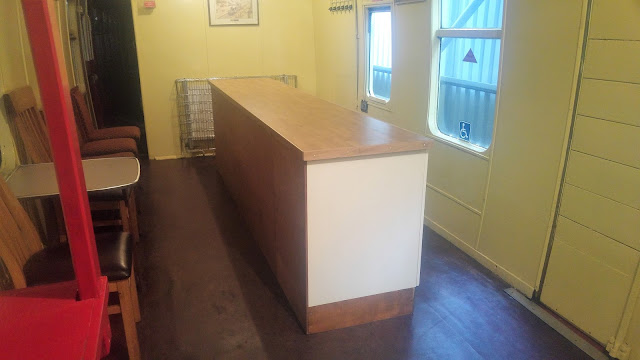 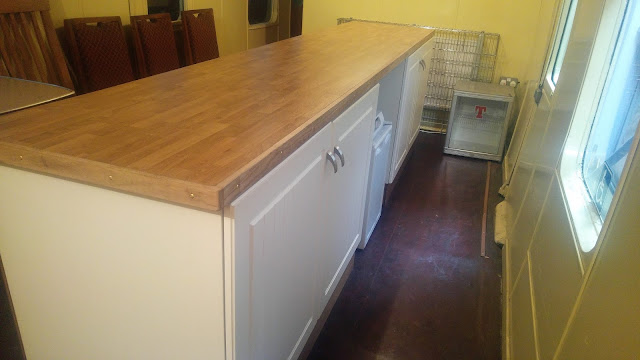 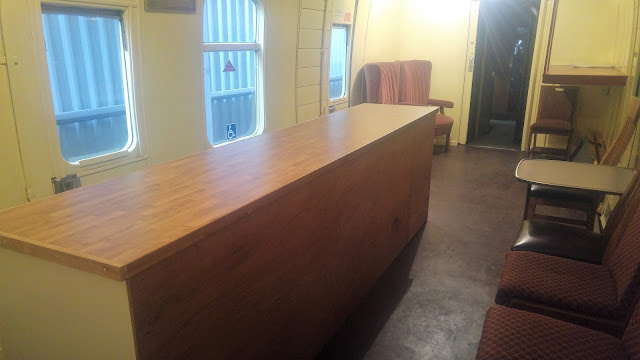 Some work has taken place in 4331, which is the kitchen in the dining set.  The storage shelves were completely renewed using Conti board. 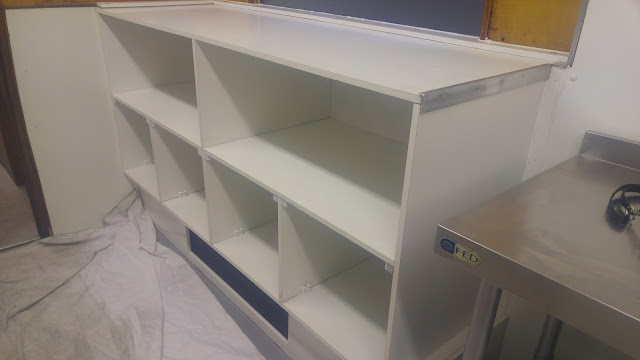 At one end of the kitchen is a seating bay for the staff.  This was carpeted which the Environmental Health Lady did not like and asked for it to be replaced with lino.  When the carpet was lifted it revealed a small area of rotten floor. 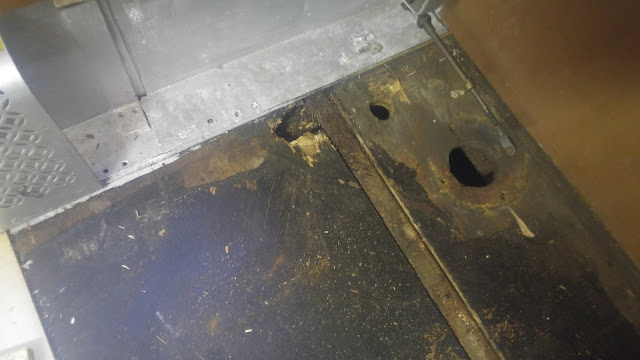 This area was covered with new 12mm plywood. 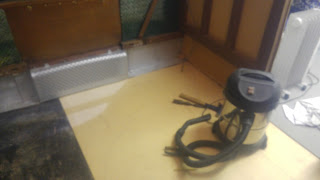 Another view of the new floor plywood. 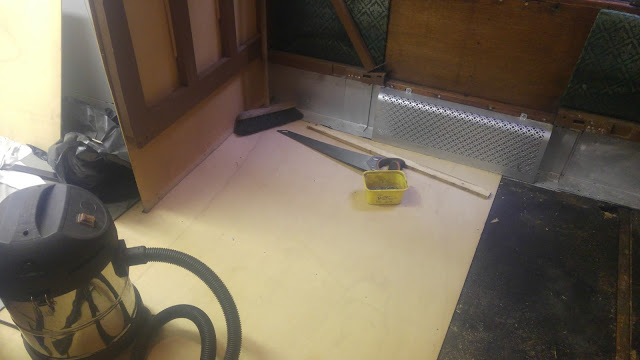 The floor area completed with its new covering of Marmoleum. 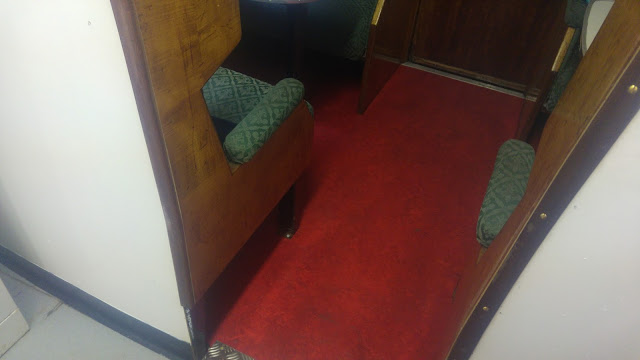 The hot cupboard and heat lamp unit had to have a rewire.  The insulation on the cables leading to the lamps was breaking down and had to be sheathed. 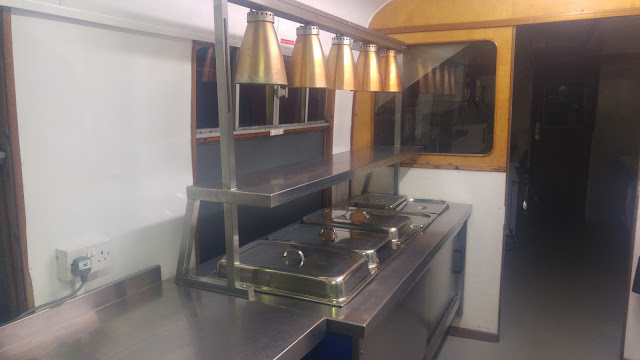 The officer's saloon has also visited the shed.  This coach had to be lifted, initially to fit a refurbished brake cylinder underneath.  Then it was noticed that the centre casting pins were sitting higher than normal, therefore the coach was lifted clear of its bogies to check what was going on.  The head of the pin was found to be riding high on a bed of dirt and rust, after cleaning these returned to normal.  The coach had a check over before being returned to the storage shed. Posted by foxontour at 21:43 No comments: