Our utility (wash up vehicle) received an airing when it was brought out of the shed to swap places with kitchen car 4331.  This vehicle started life as a BSK No 25150, it is this number which we are using.  It will also have the legend "Pantry car" on the lower body, nearest the camera. 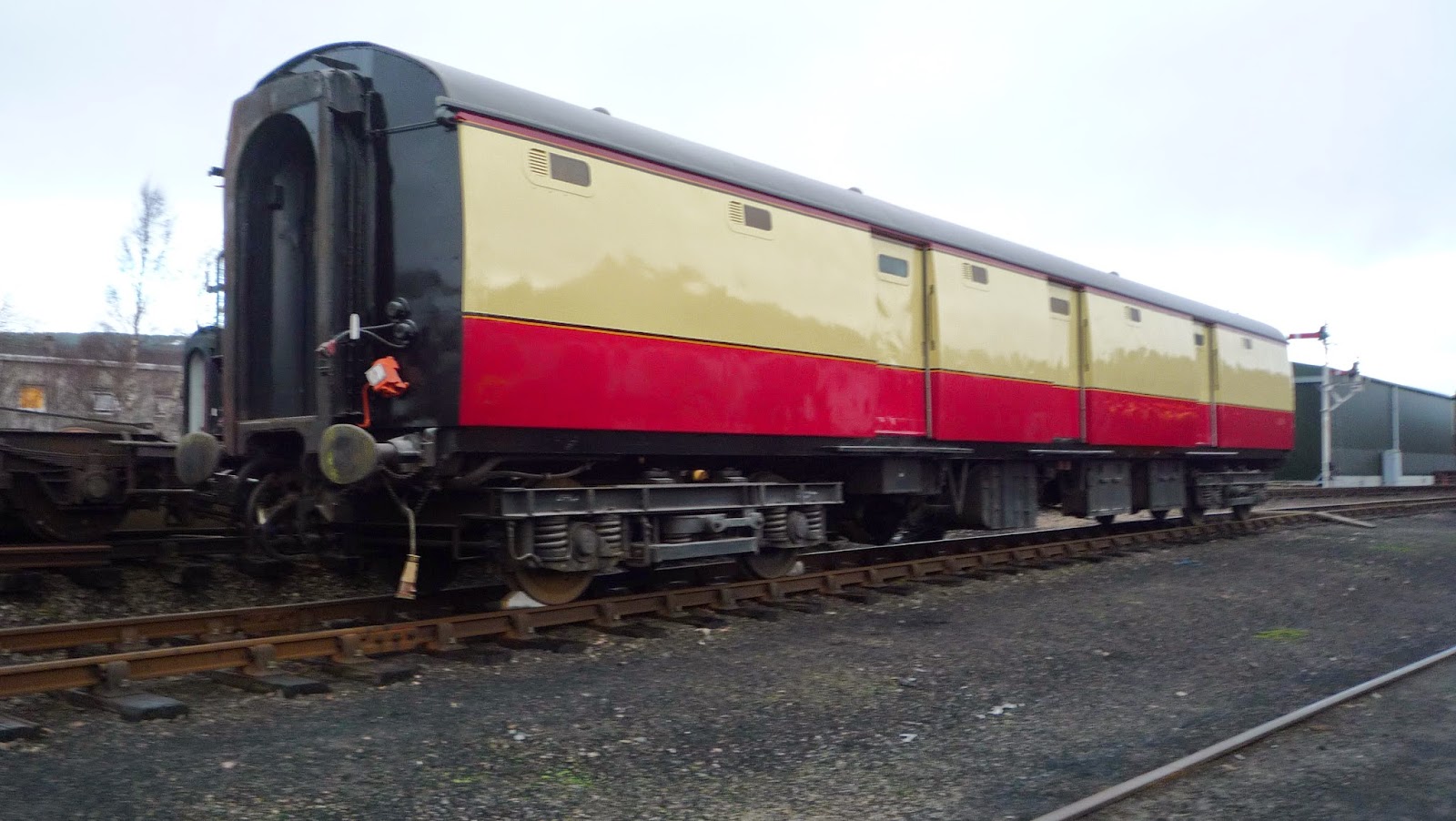 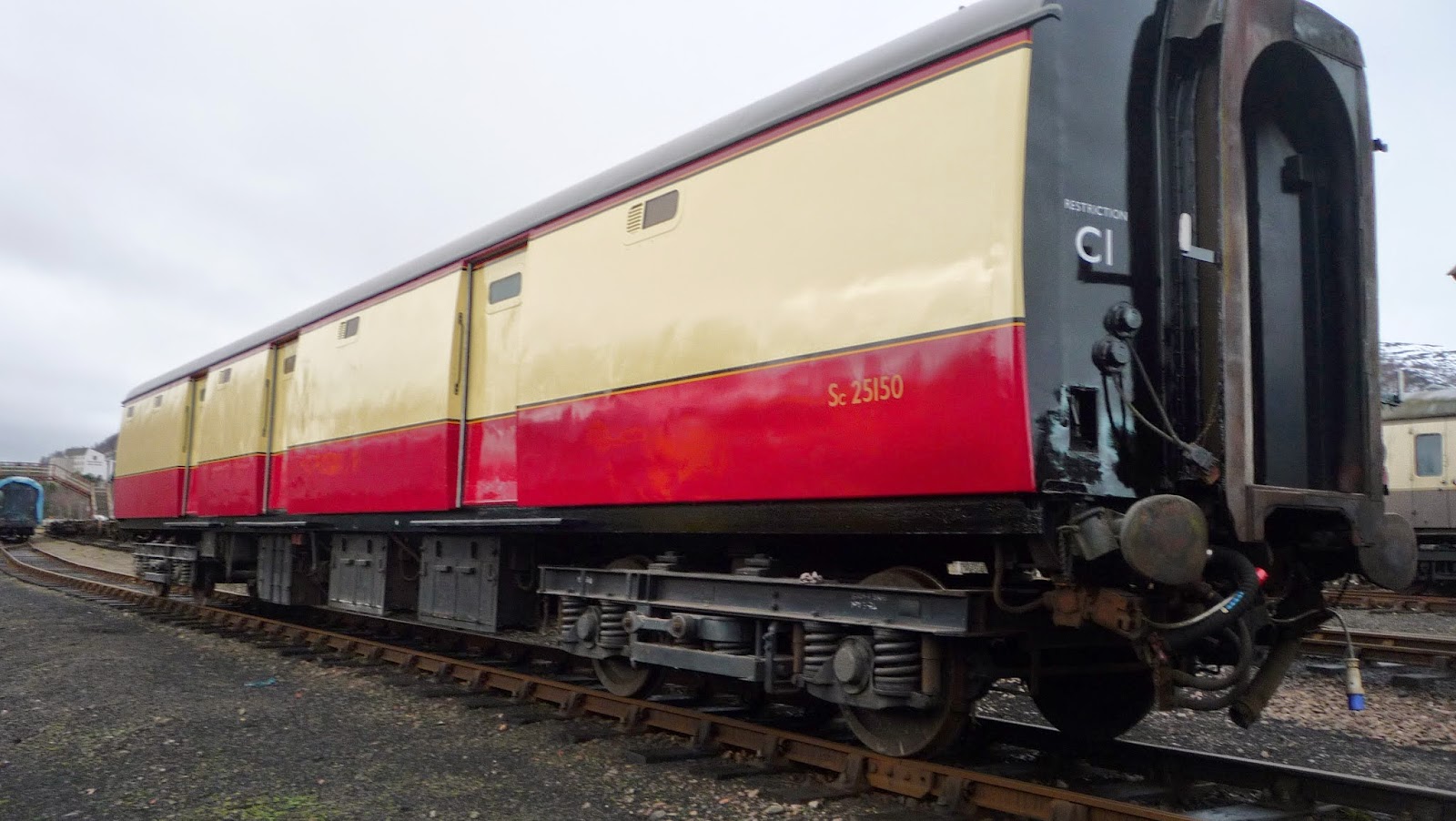 Internally the repairs are going well, this is the new door panel, fitted and painted. 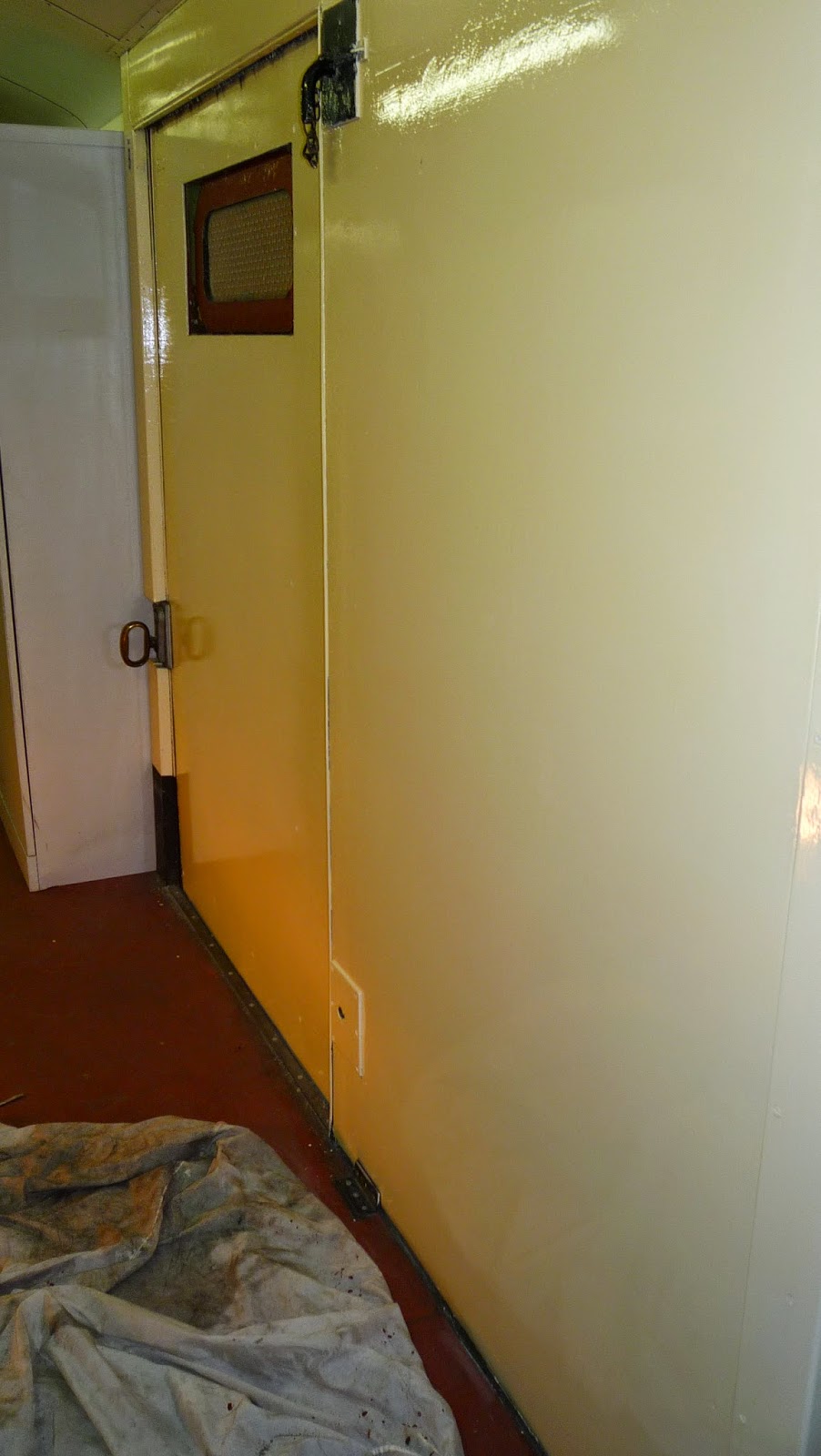 This is the floor and side wall repairs, now awaiting a coat of paint. 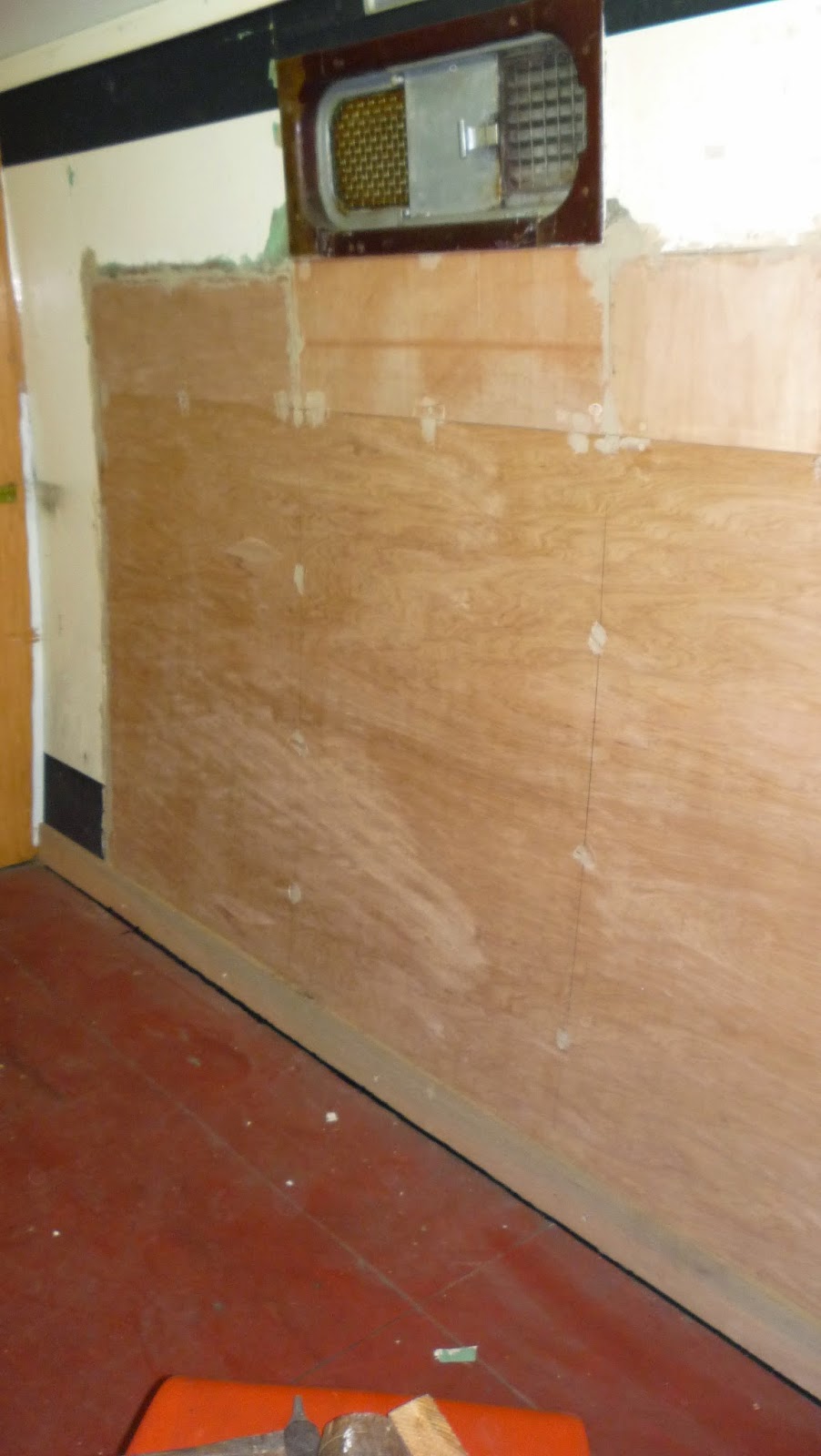 The side door again 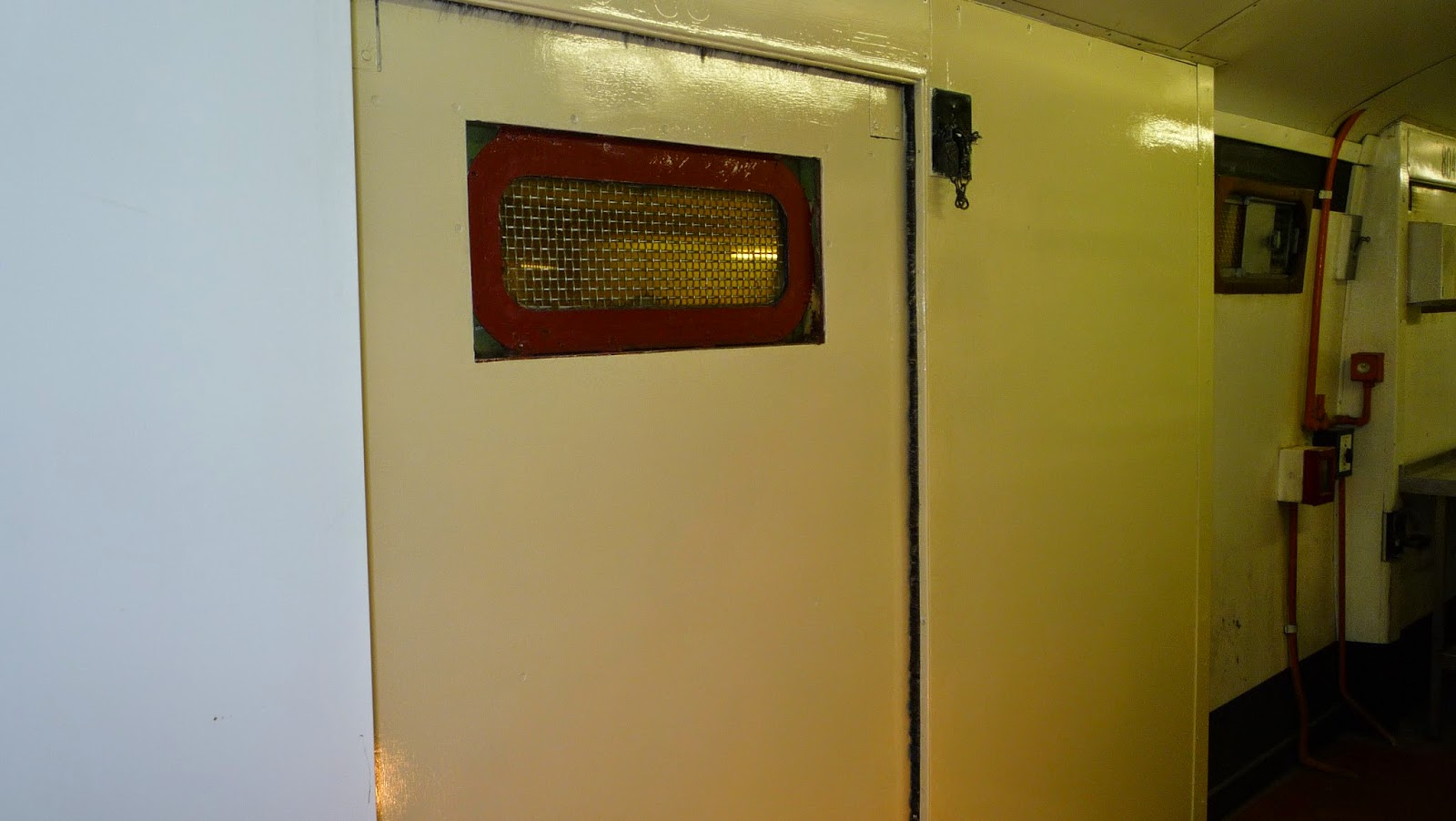 And again from a different angle. 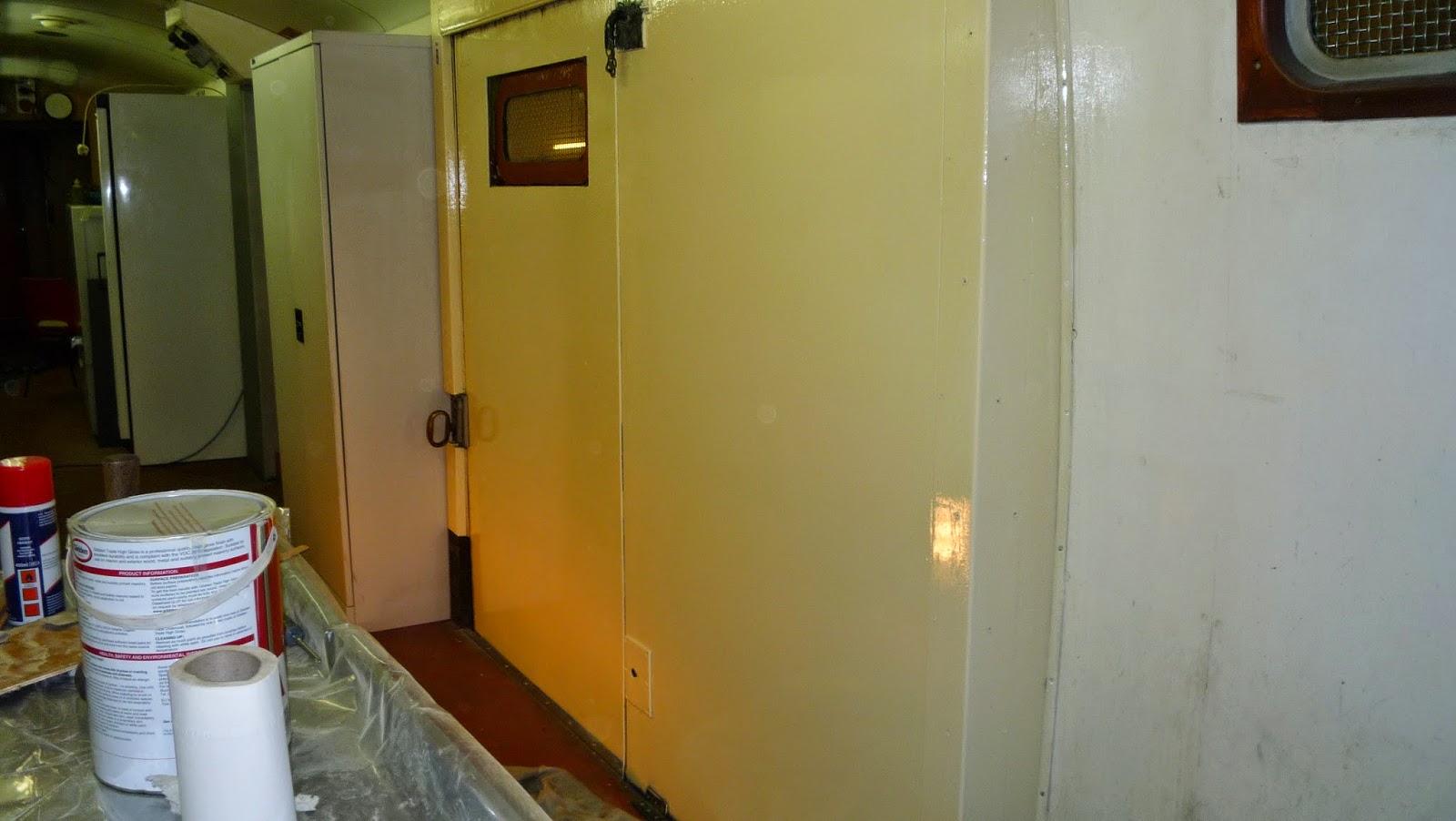 Kitchen car 4331 is now at the back of the shed and is being prepared for painting. Ralph, pictured cleaning off the loose paint on the roof. 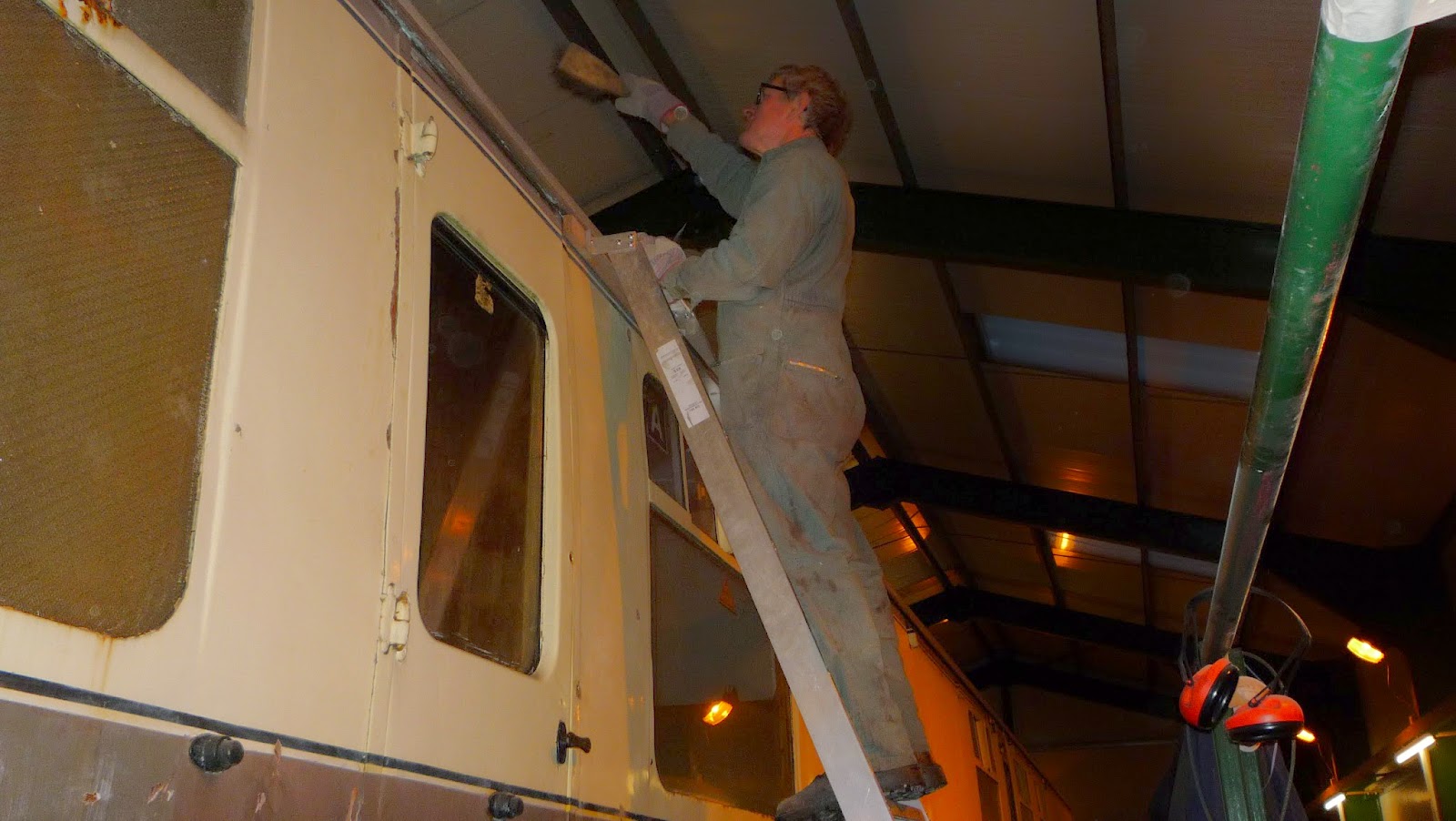 The last of the new arrivals at Aviemore, generator vehicle 35201 awaits its turn. 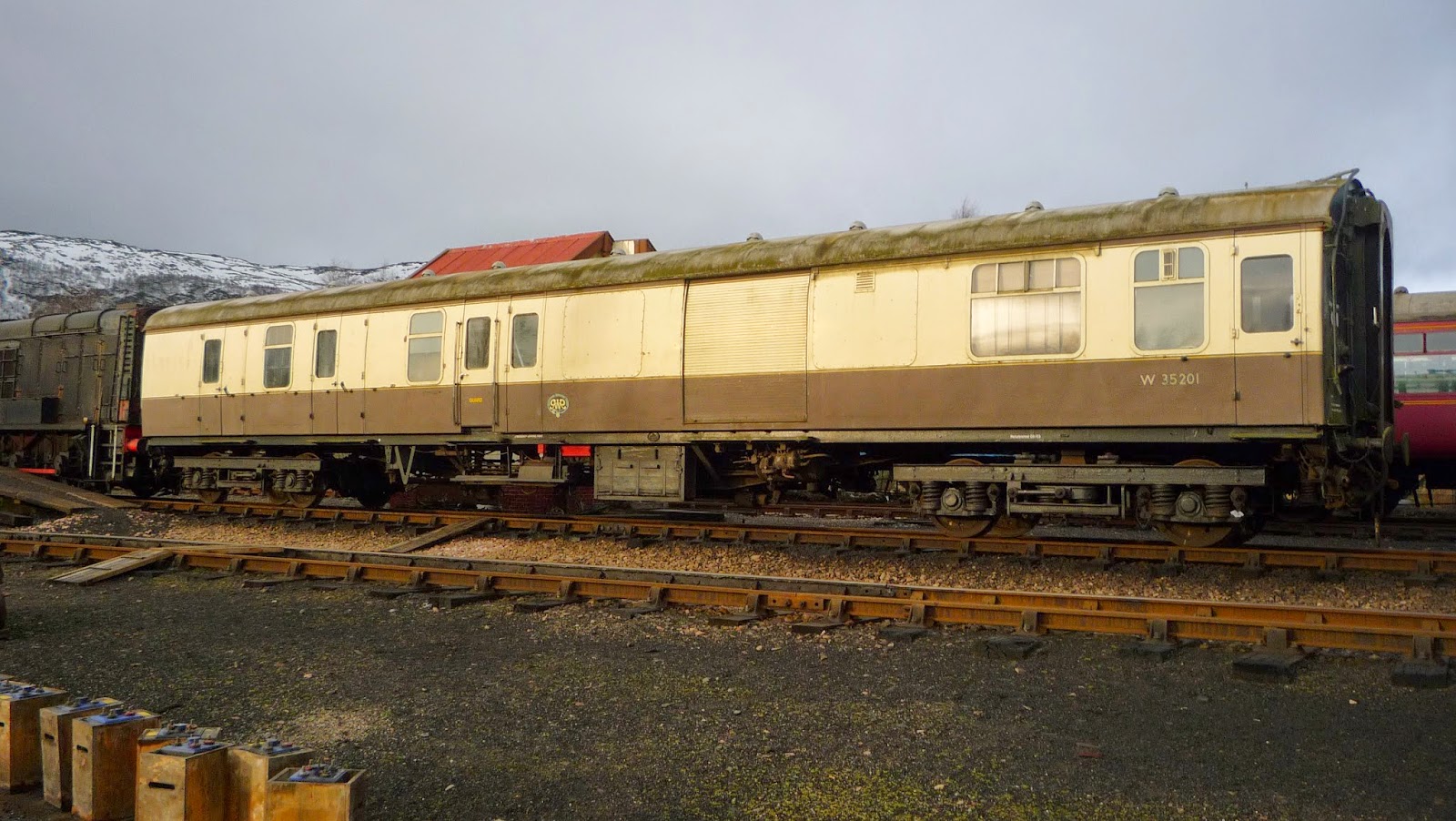 Posted by foxontour at 21:08 No comments:

Former postal sorting vehicle, which started life as a BSK, has been repainted and has had its original number applied.  It just needs the brush strips around the doors fitting, as well as the handles. 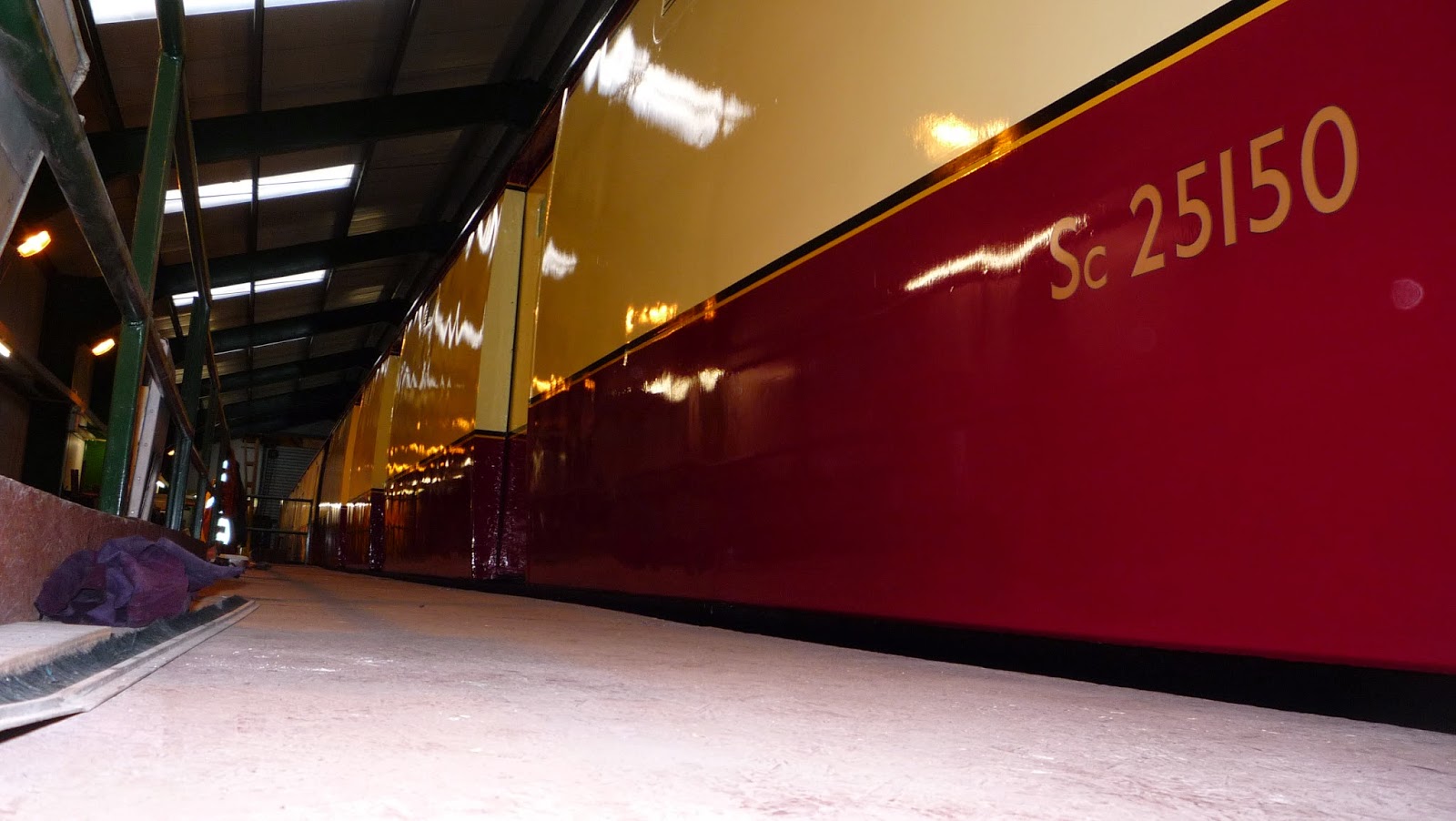 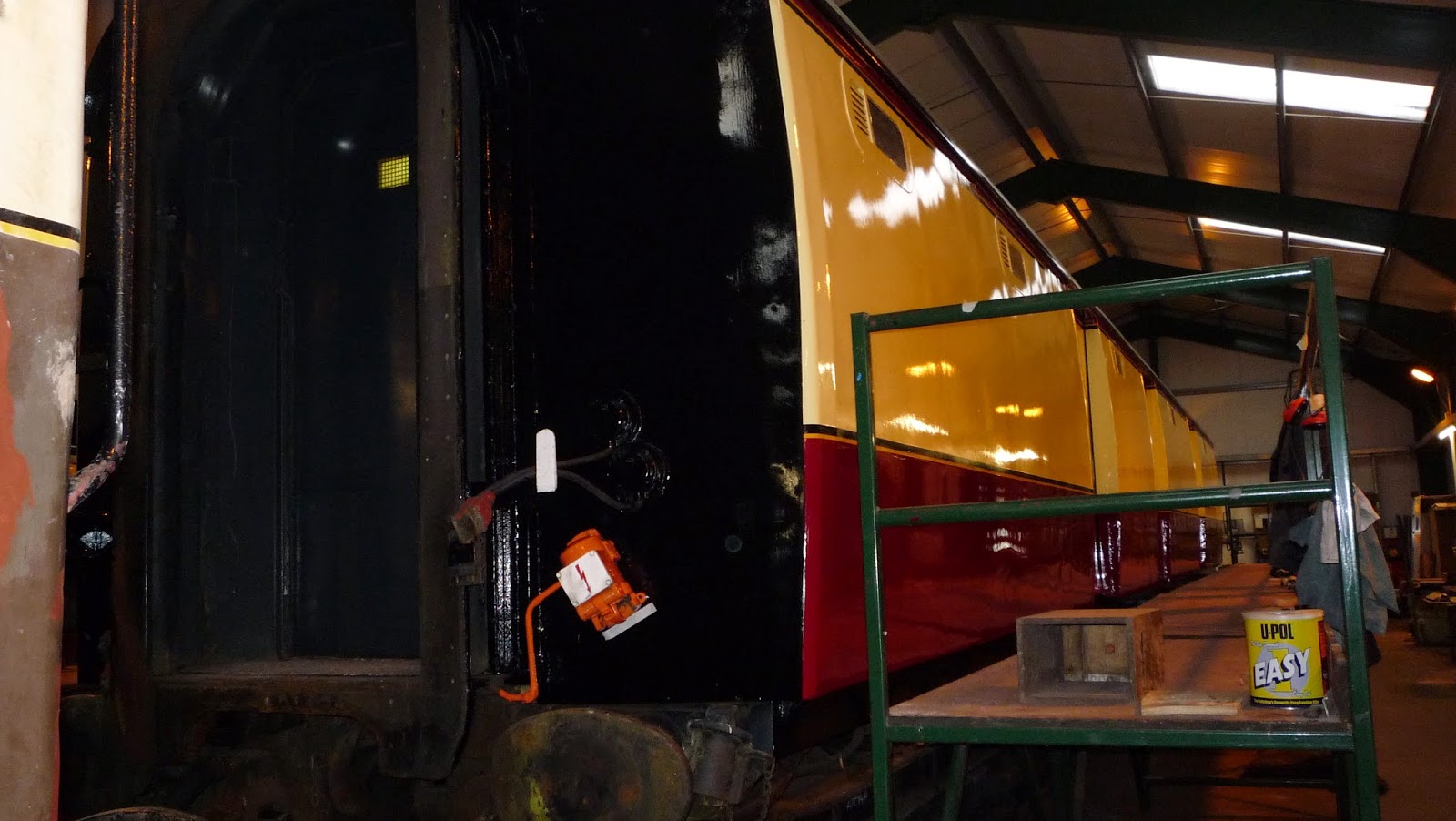 The final view, taken from above. 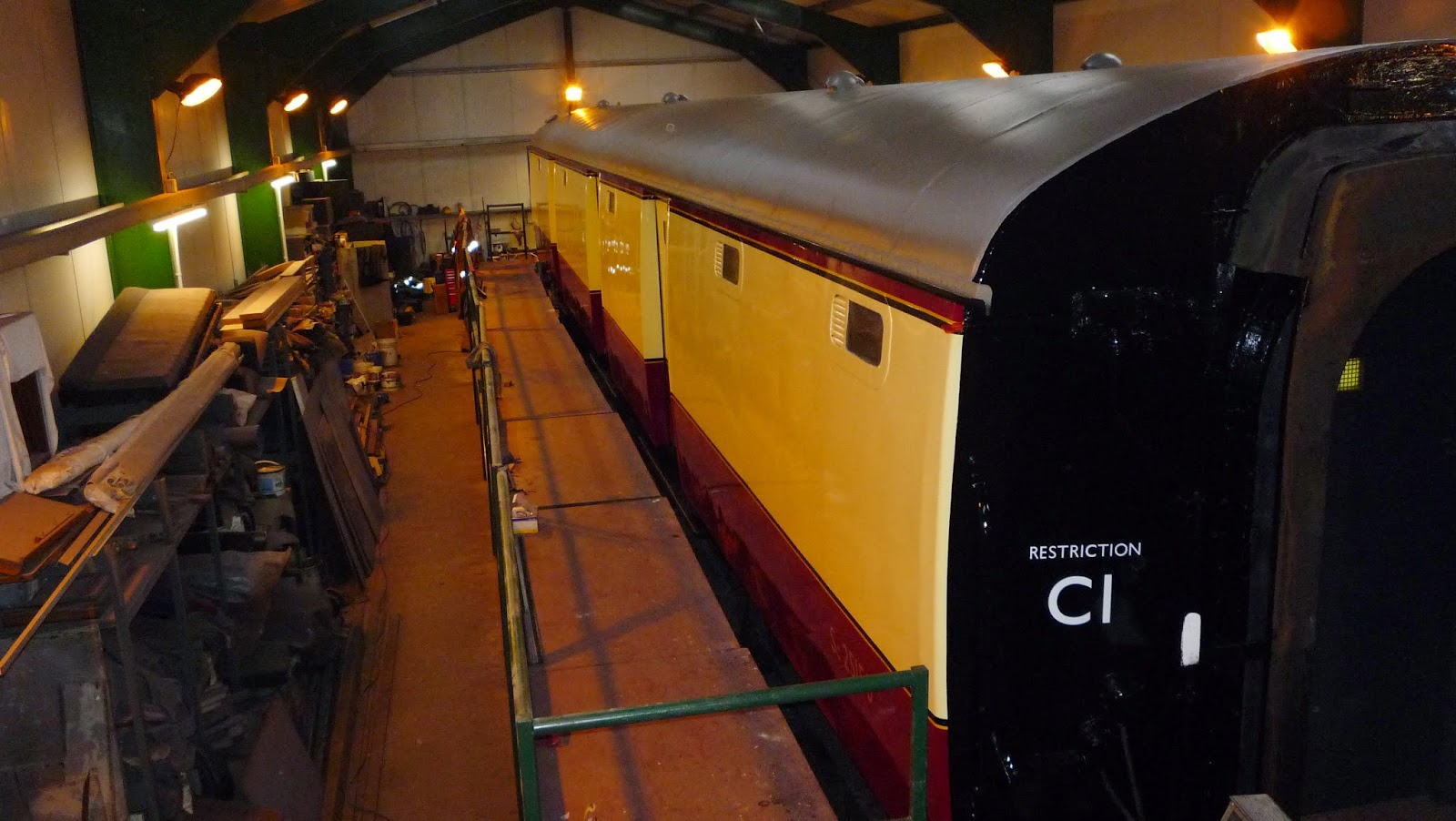 Inside, a view of the south end, which is the washing up station.  This end contains two large water containers, two copper hot water tanks with emersion heaters, a water pump, a dishwasher, a glass washer and two sinks. 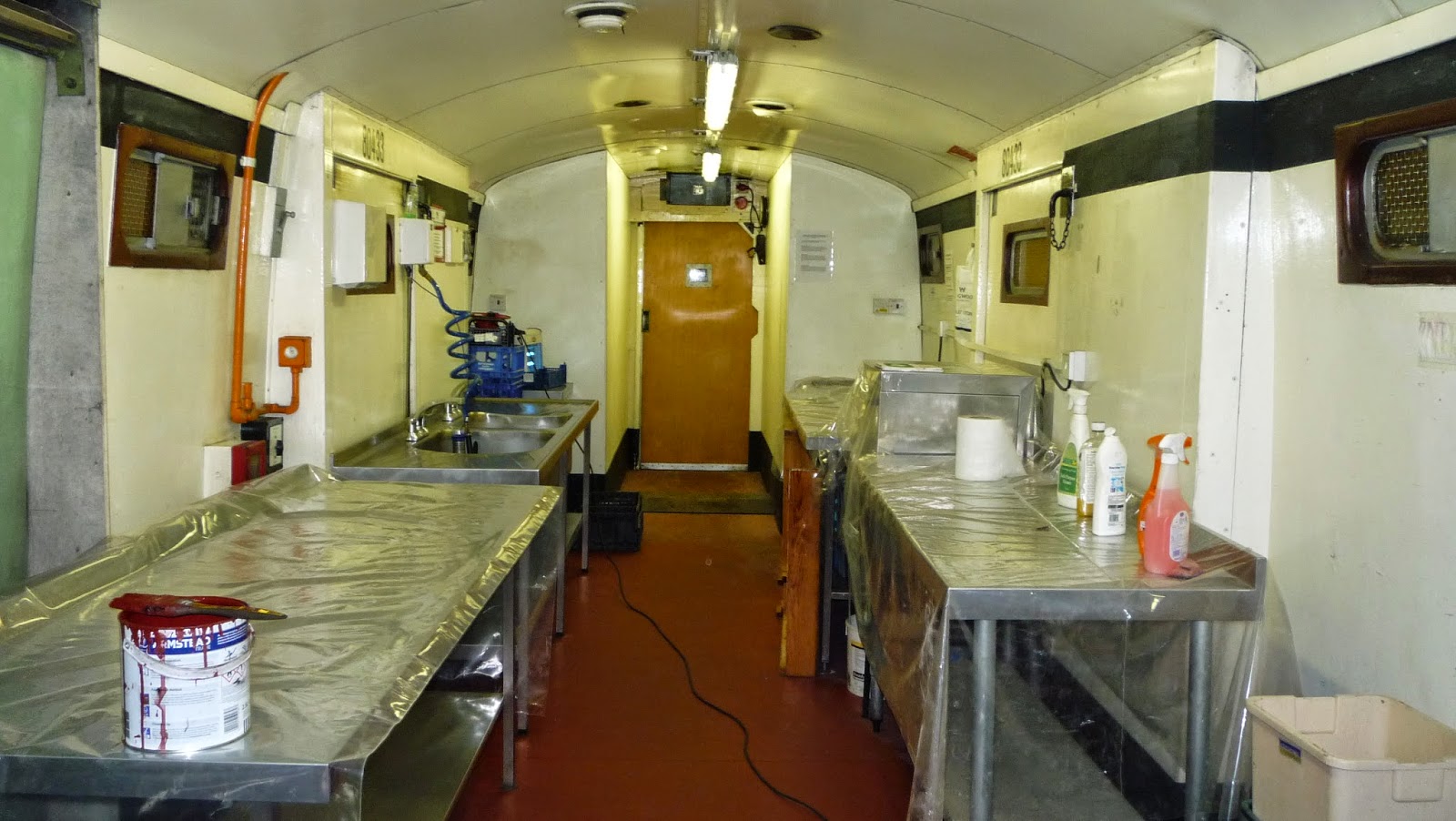 All is not well however, when we moved one of the metal storage cabinets at the north end.  Behind the cabinet we found a fungus like growth, the wooden floor and walls around it were soft and spongy. 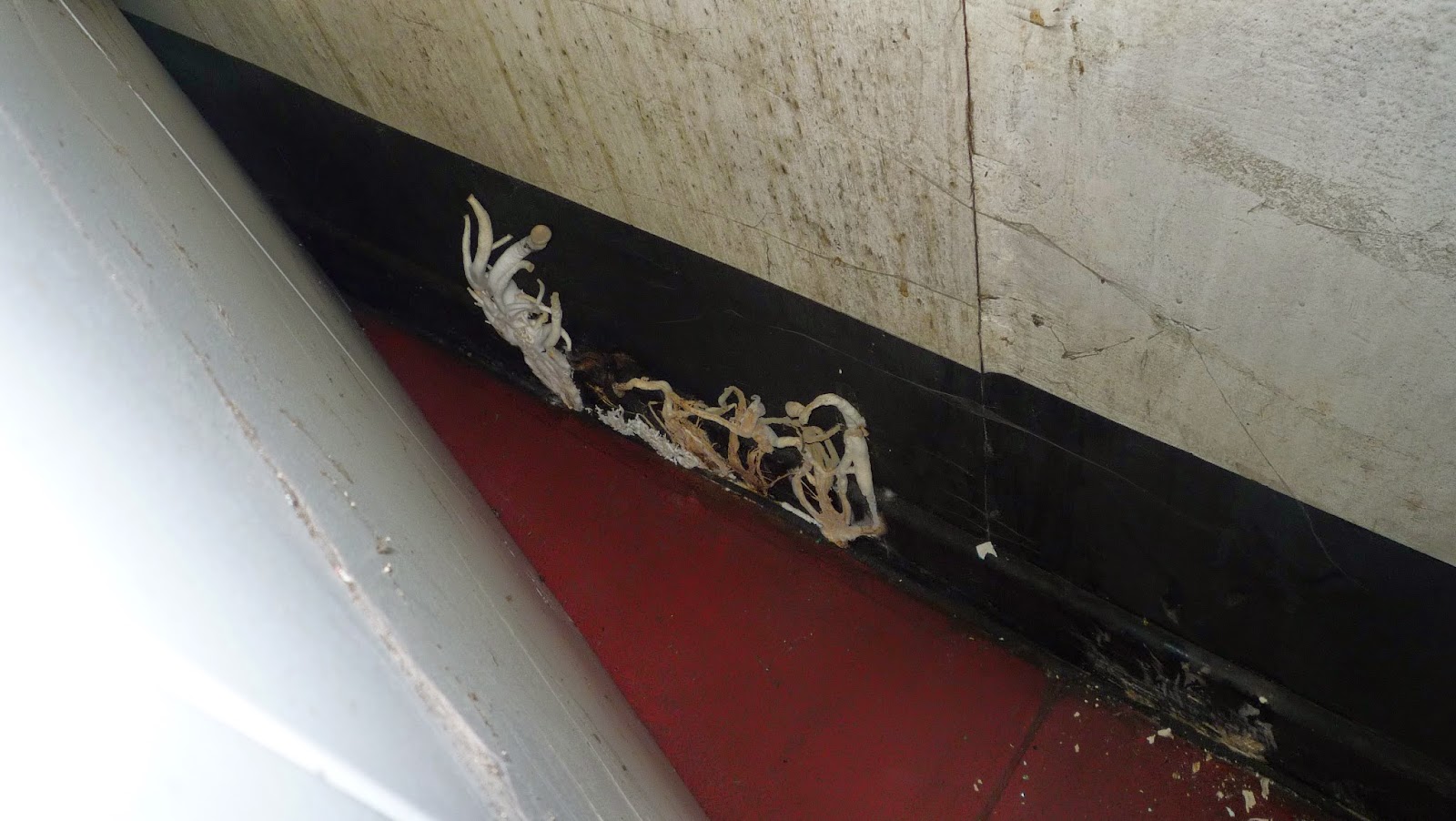 All of this had to be cut out and removed, as below. 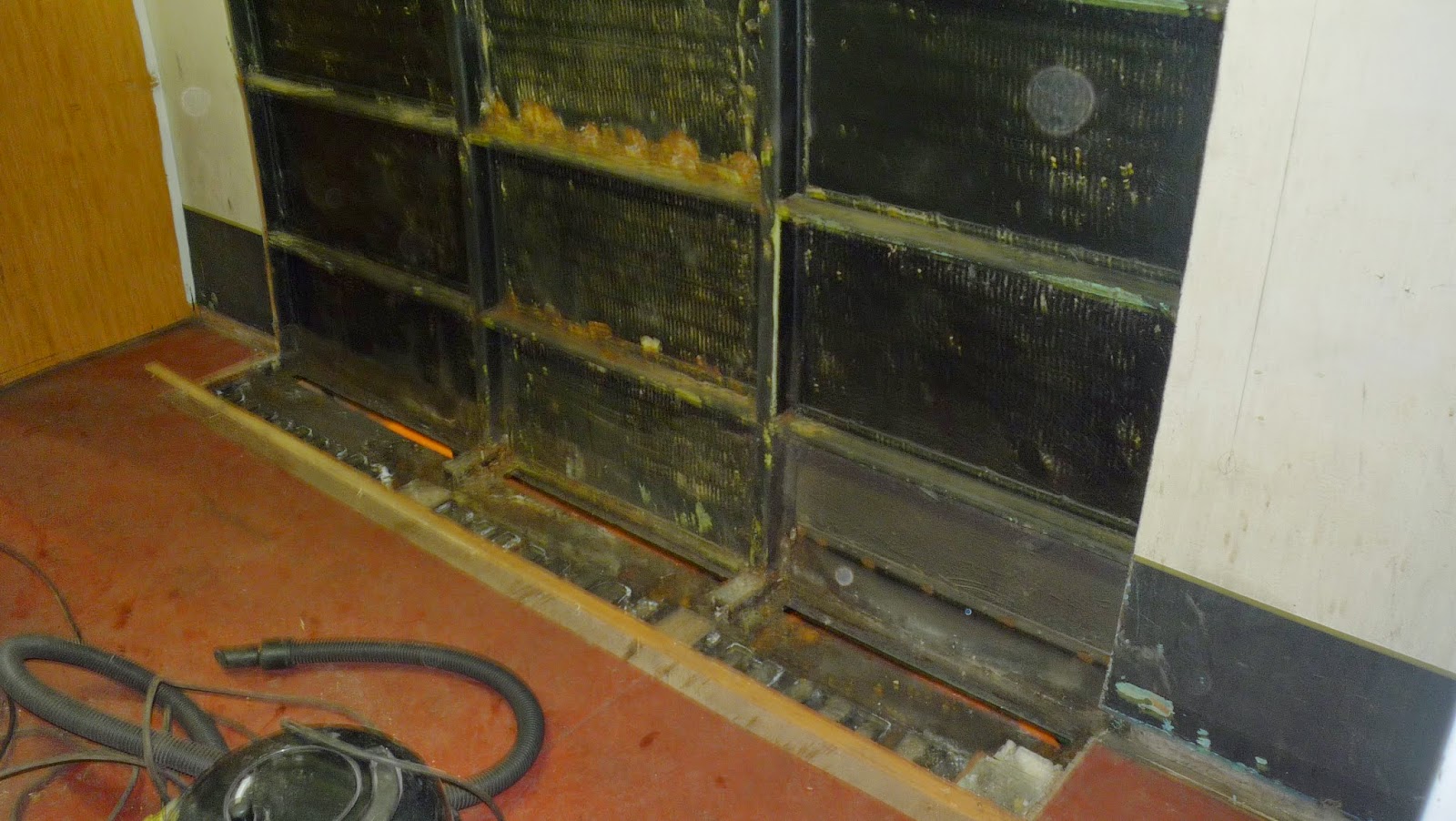 One of the centre doors also had a damaged internal panel, which had to be removed. 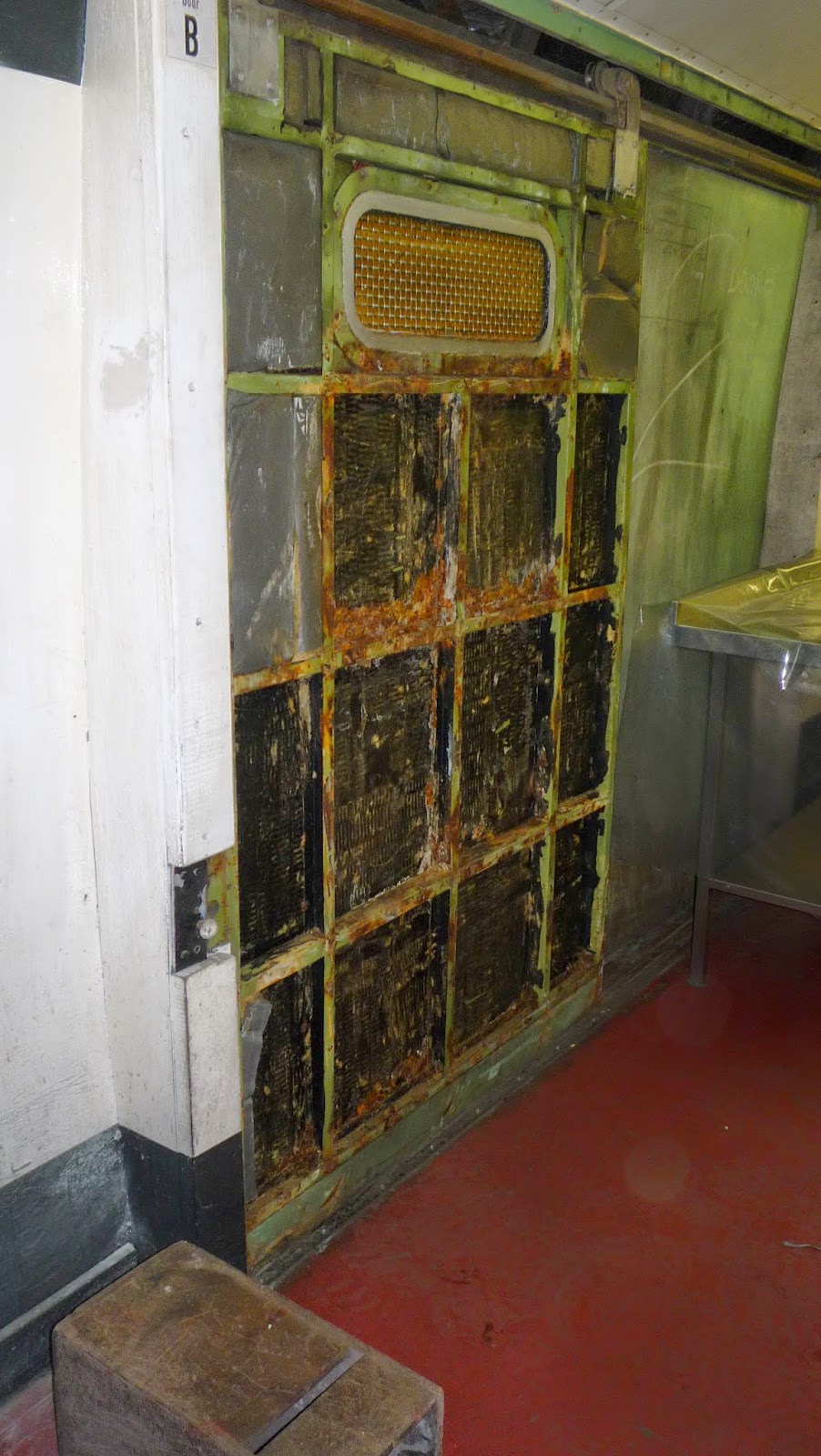 On the kitchen car, 4331, the gas system is being altered.  On arrival the system on board was two banks of four propane bottles, each with their own change over valves,  To view these valves you had to bend down and look underneath, if red was indicated, bottles 1 and 3 or bottles 2 and 4 had to be changed.  Very confusing and probably beyond our Guards.  Therefore we are changing the system to that which is used on the RU, keep it the same = less confusion. 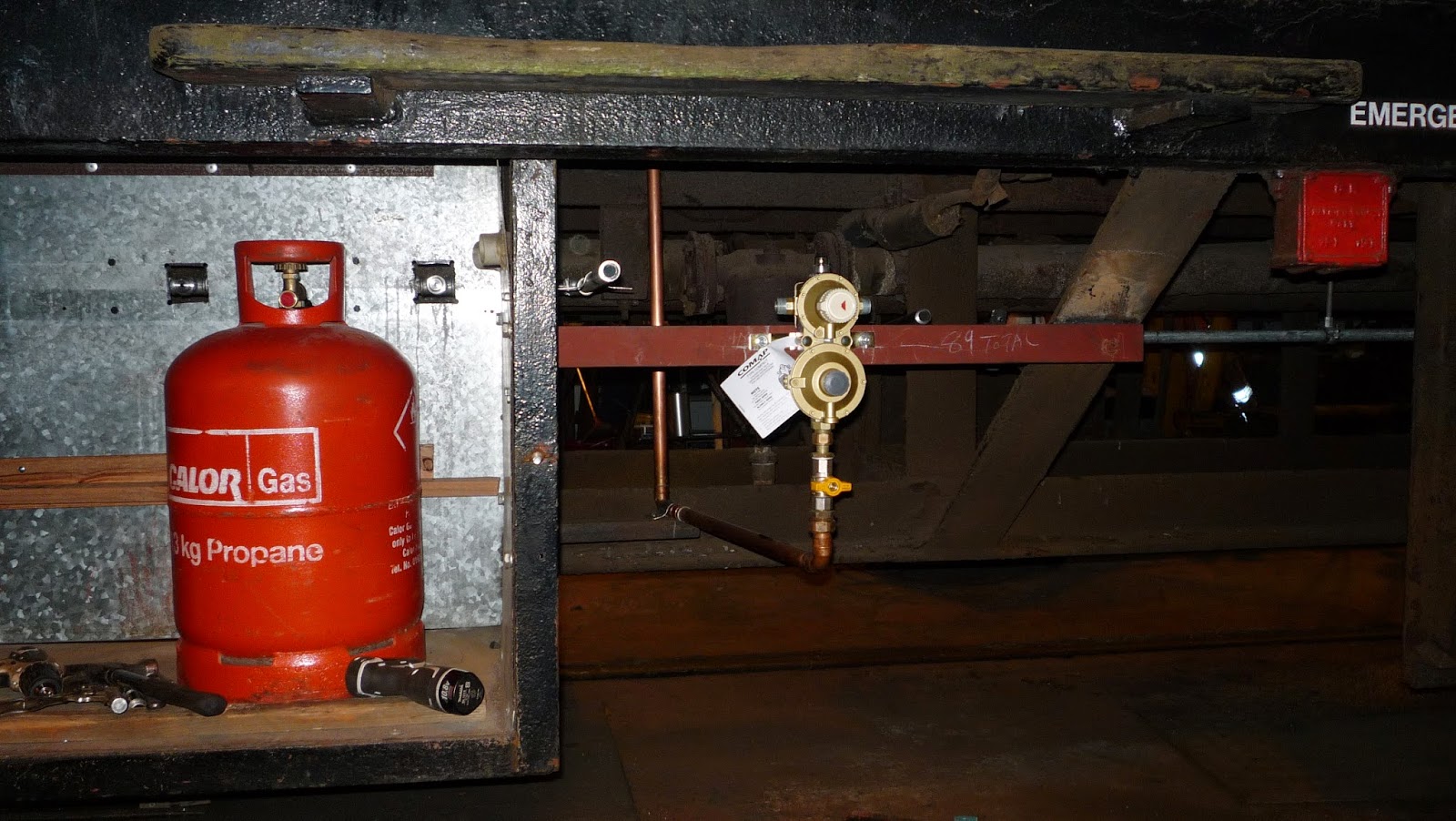 The bottle cupboards are being refurbished with new pigtails and bottle securing system. 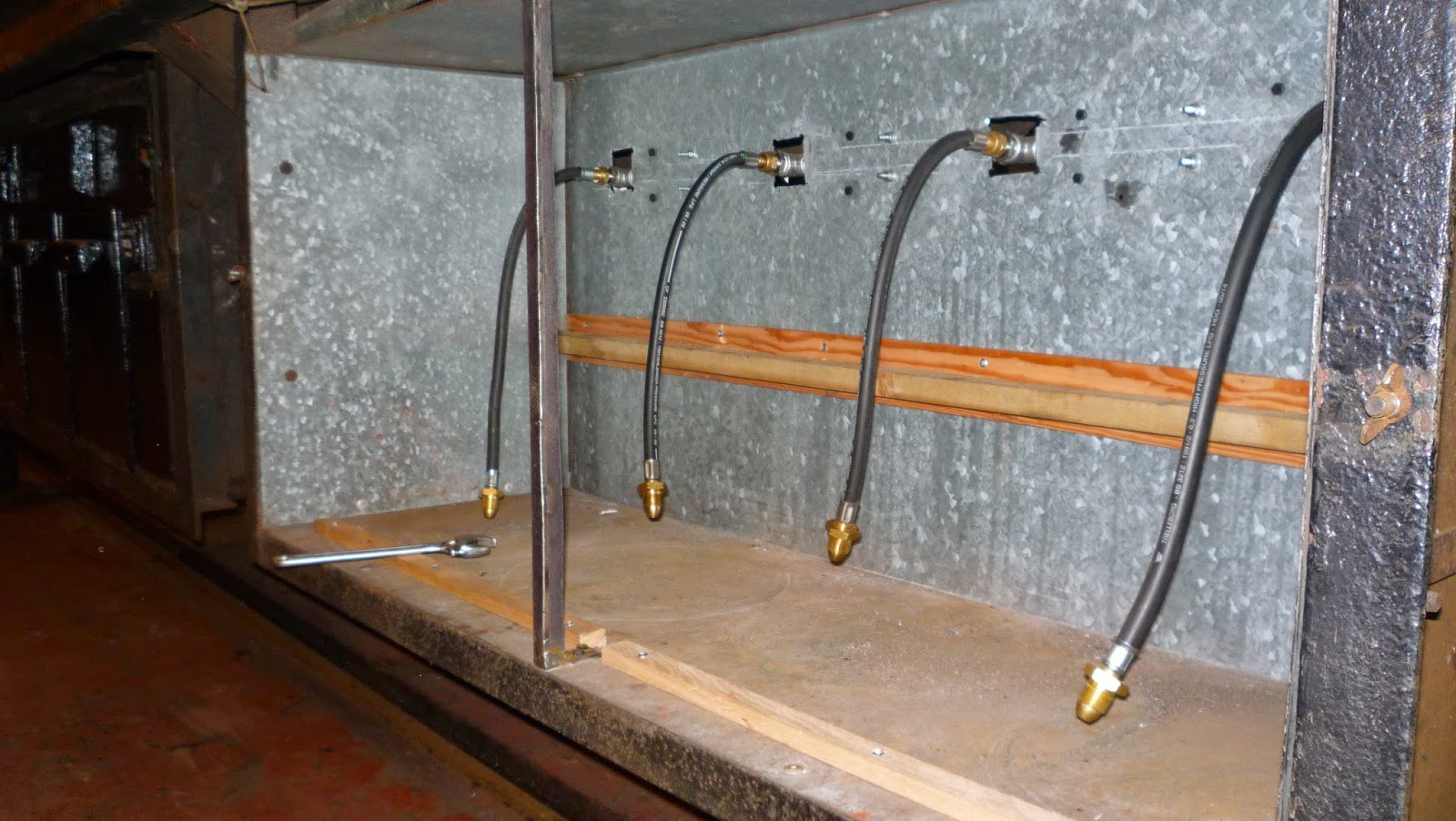 Posted by foxontour at 23:11 No comments:

Two down, three to go.

BR mark 1, SO number 4477 has been out shopped in Crimson and Cream livery.  It just needs the door handles refitting for completion.  Two down, just three more to go. 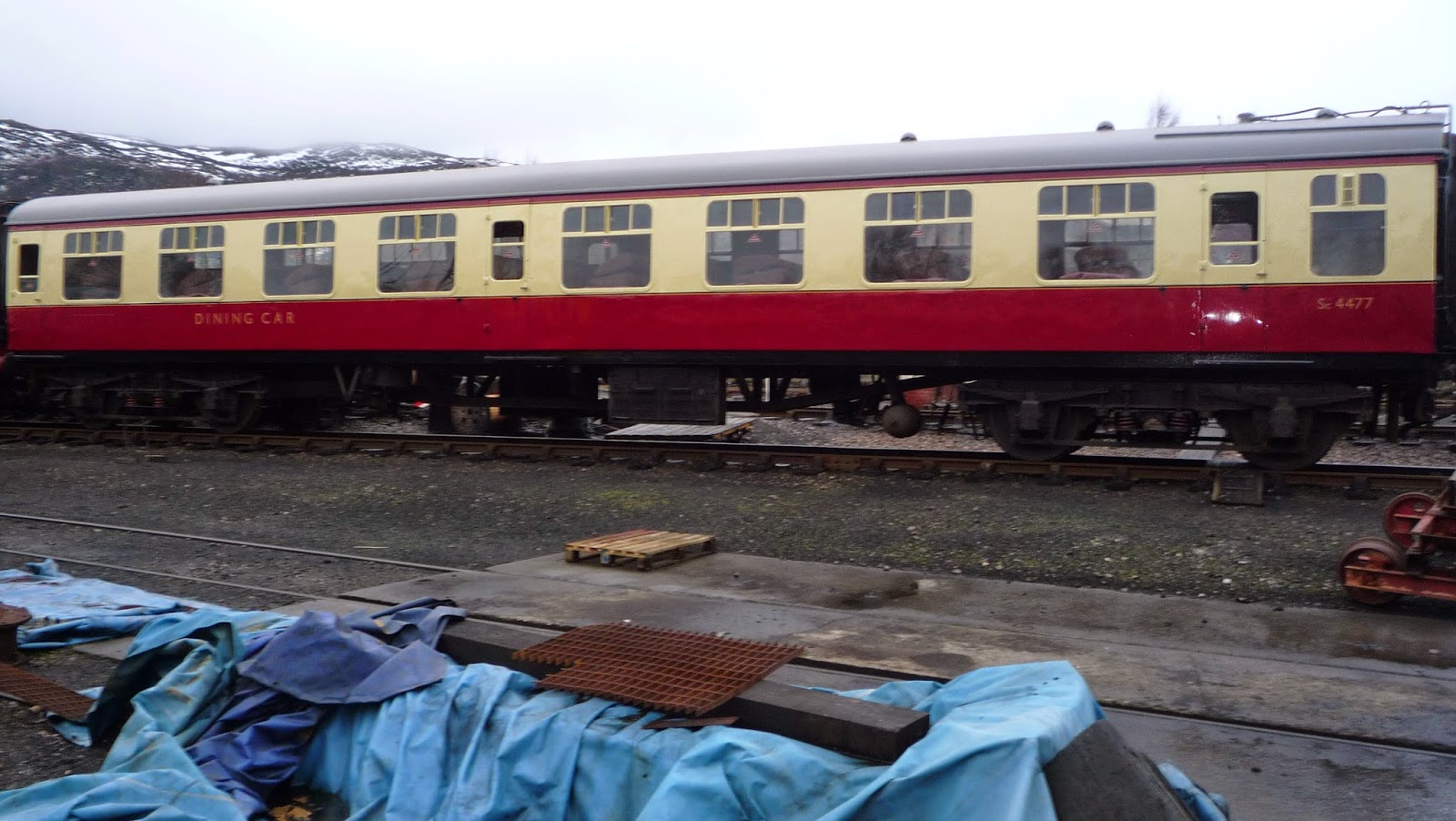 One coach that hasn't been mentioned much is the former Irish rail boiler van.  A small group work on this vehicle every now and again, in an attempt to get the boiler working.  They have fitted an external socket to supply electricity, therefore by-passing the on board generator.  The external underslung water tanks have also been found to have holes in them, the group are currently working towards fitting internal tanks. 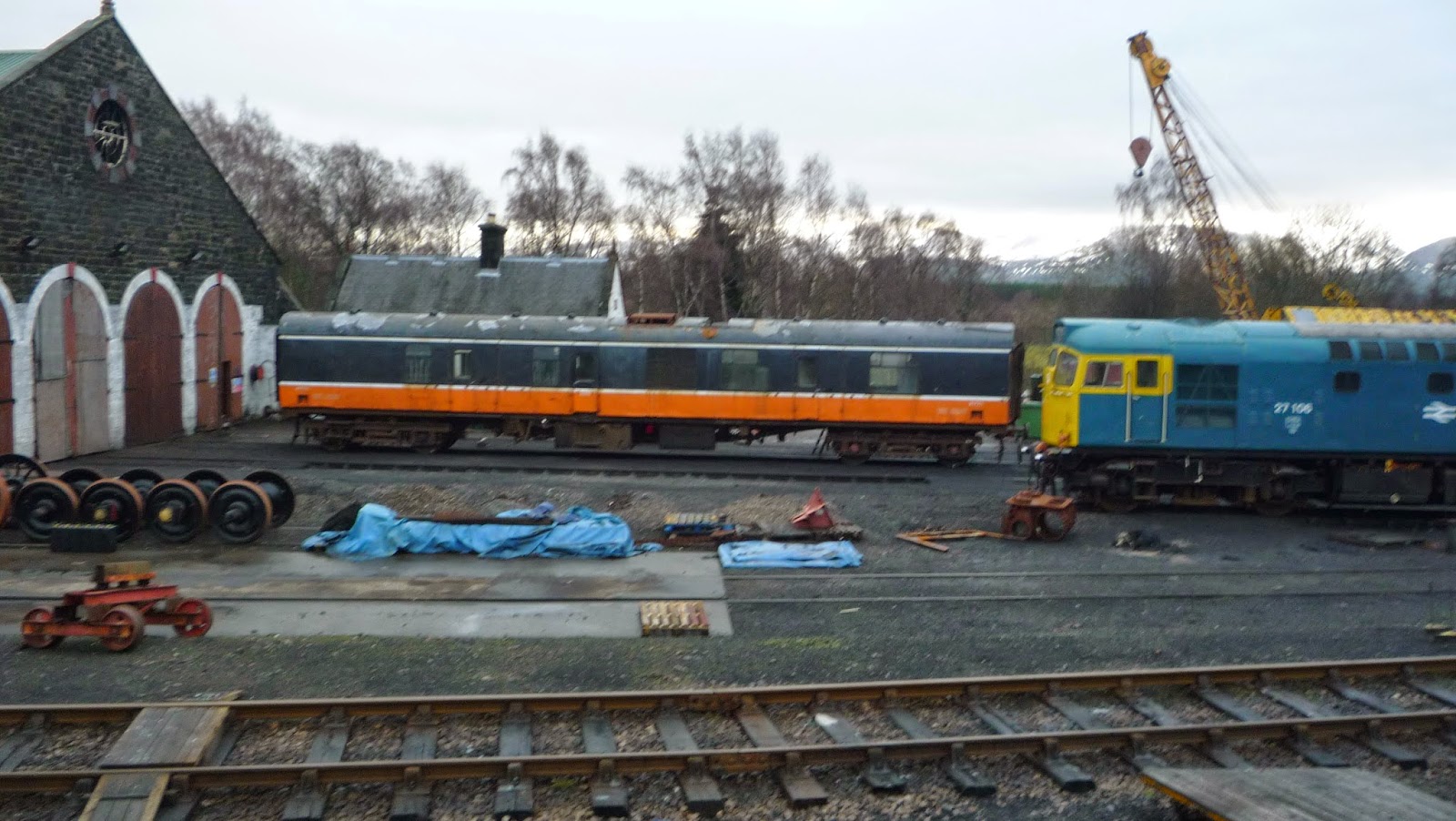 One vehicle that rarely gets an outing is the suburban mark 1, CL.  Here it is being shunted to the carriage shed so that a tarpaulin could be fitted.  A number of coaches will have to return to Boat in the reorganisation to accommodate the catering set inside the storage shed. Work continues on the former postal vehicle, mark 1, 25150, which is currently in the repair shed for painting.
Posted by foxontour at 19:24 No comments: