The painting of TSO 4777 continues, here the cream has been completed and the grey undercoat applied. 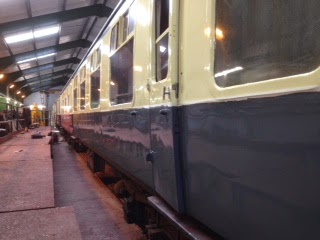 The end of the vehicle after rubbing down. 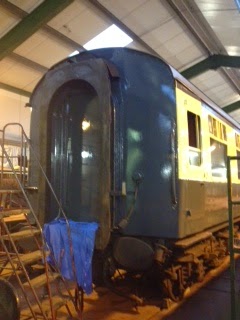 Dave rubbing down the end panel. 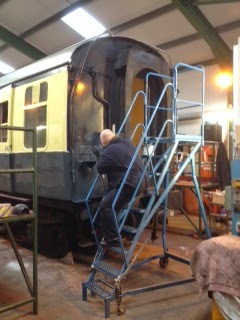 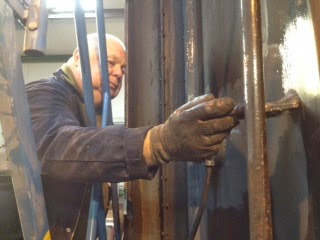 The finished vehicle, minus the lettering and numbers, being shunted over to the storage shed. 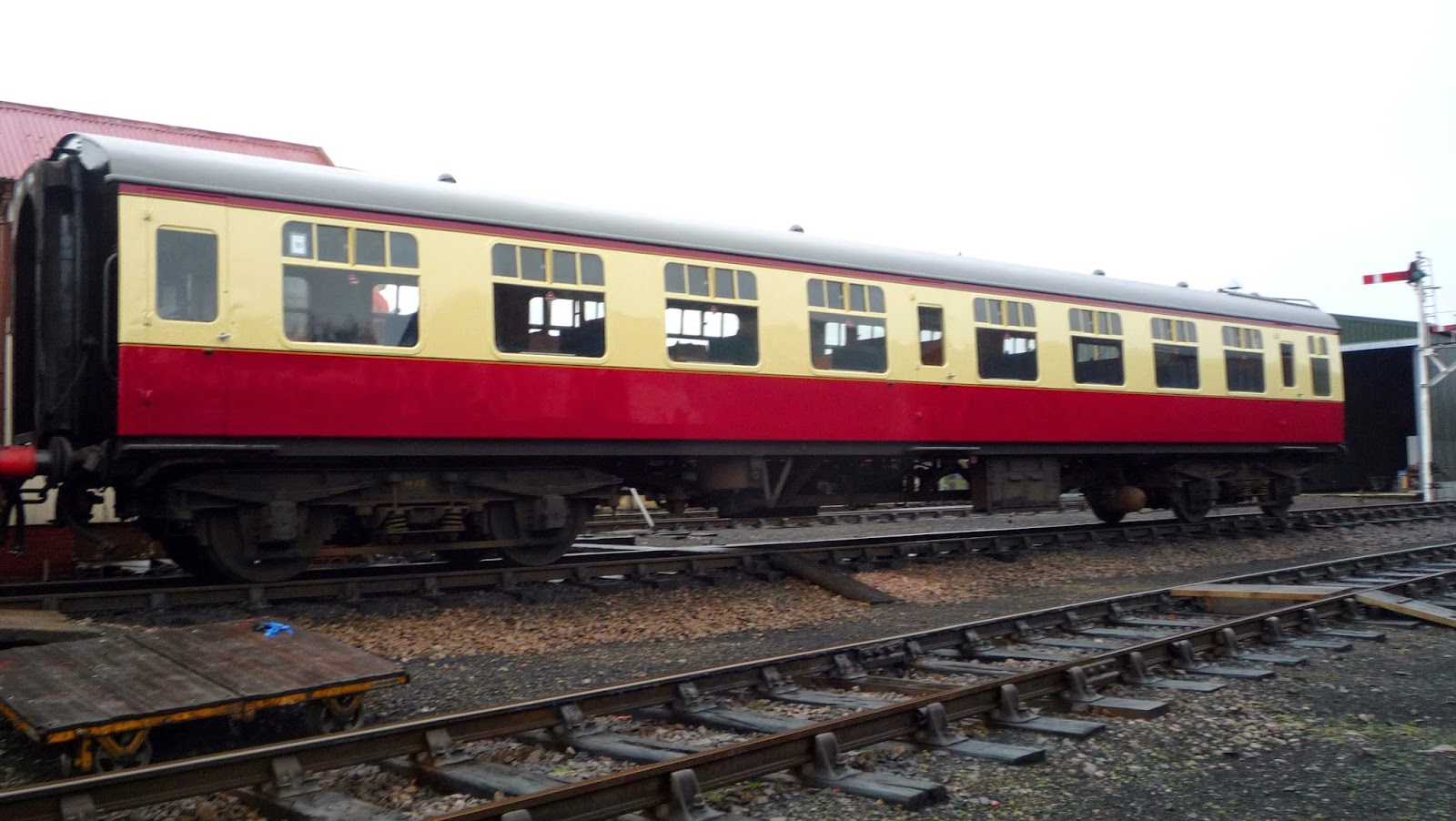 An end view of the finished vehicle. 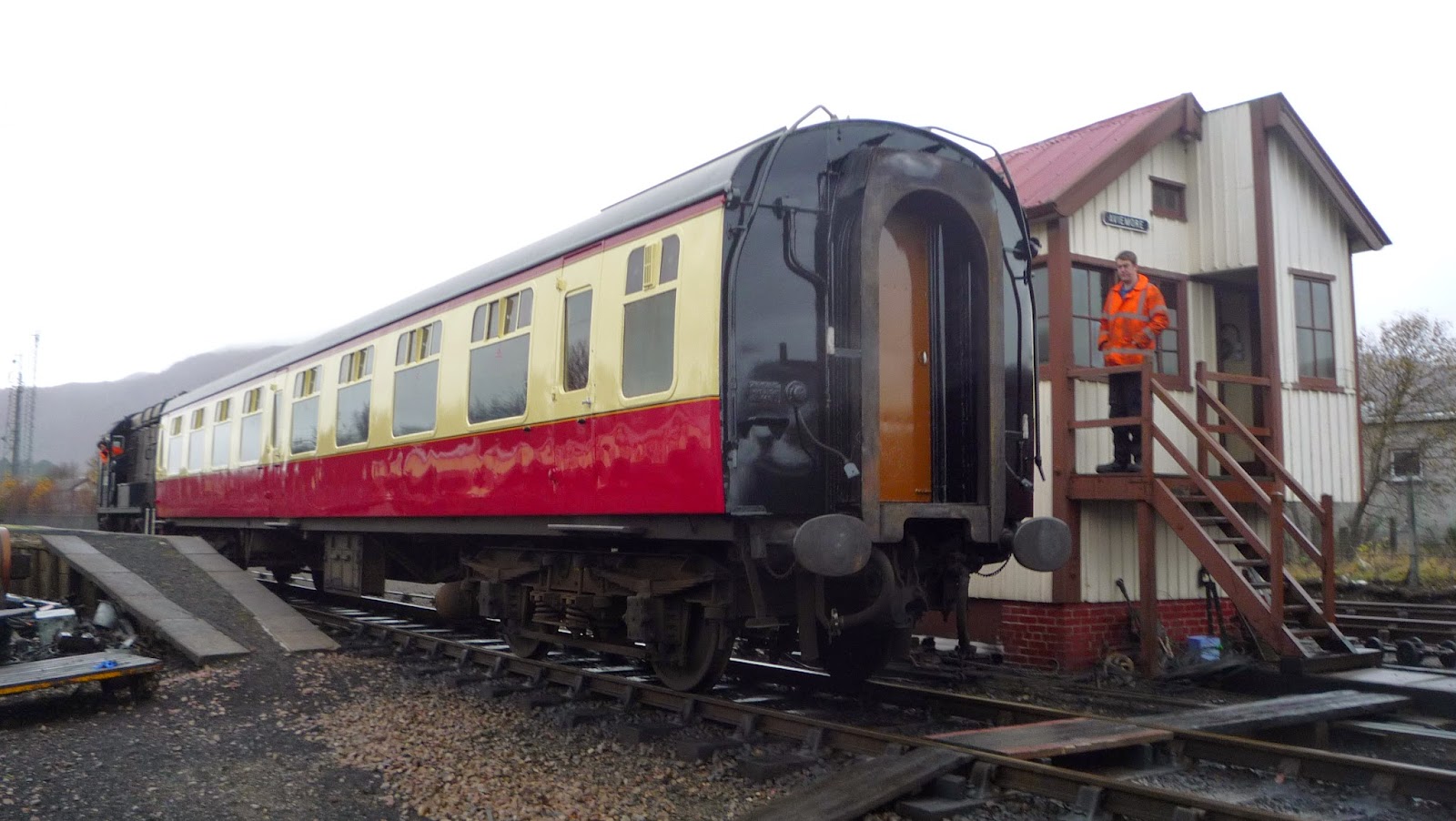 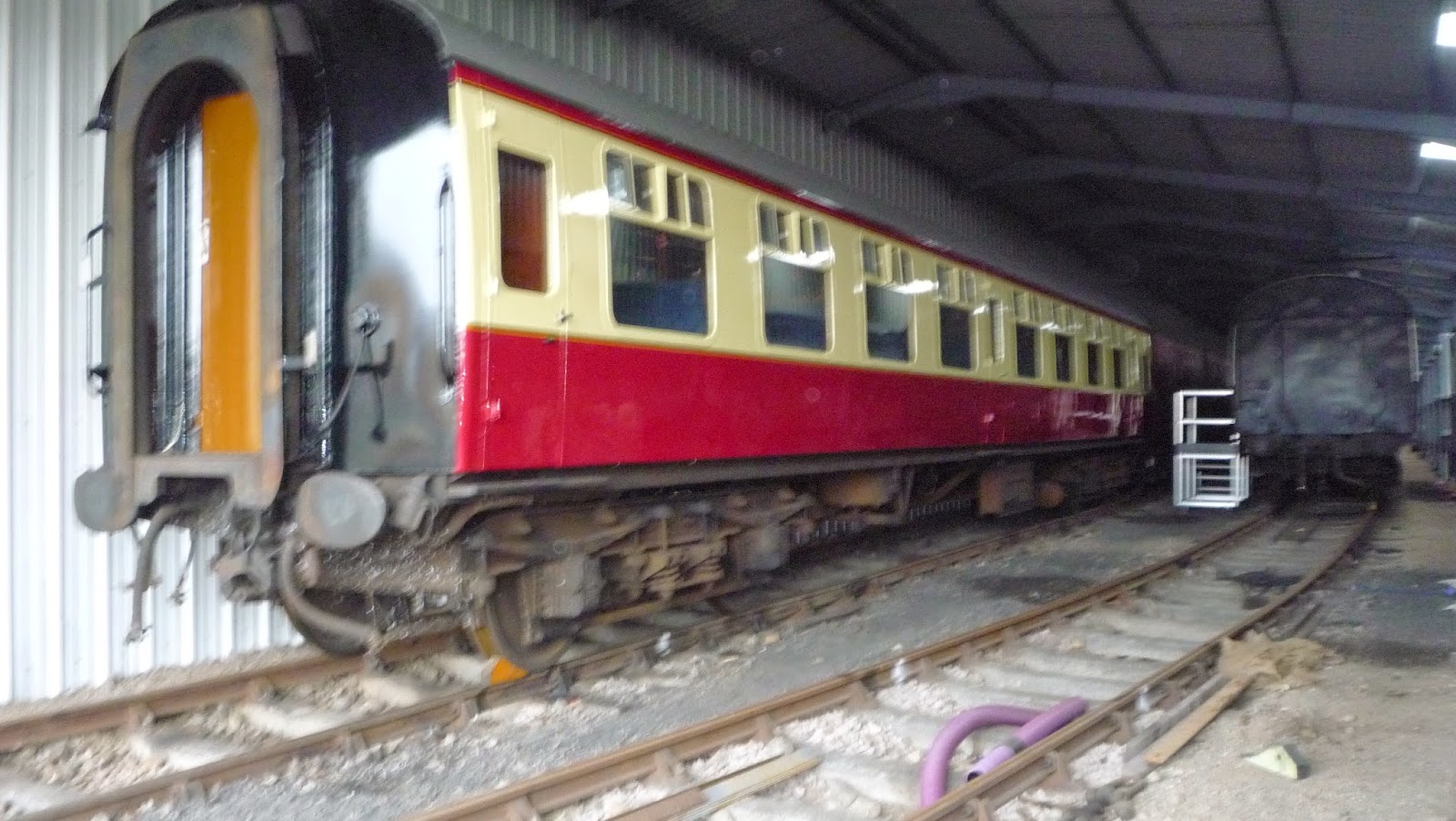 The next vehicle in for the painting treatment is SO 4477, seen here being shunted into the repair shed for rubbing down. 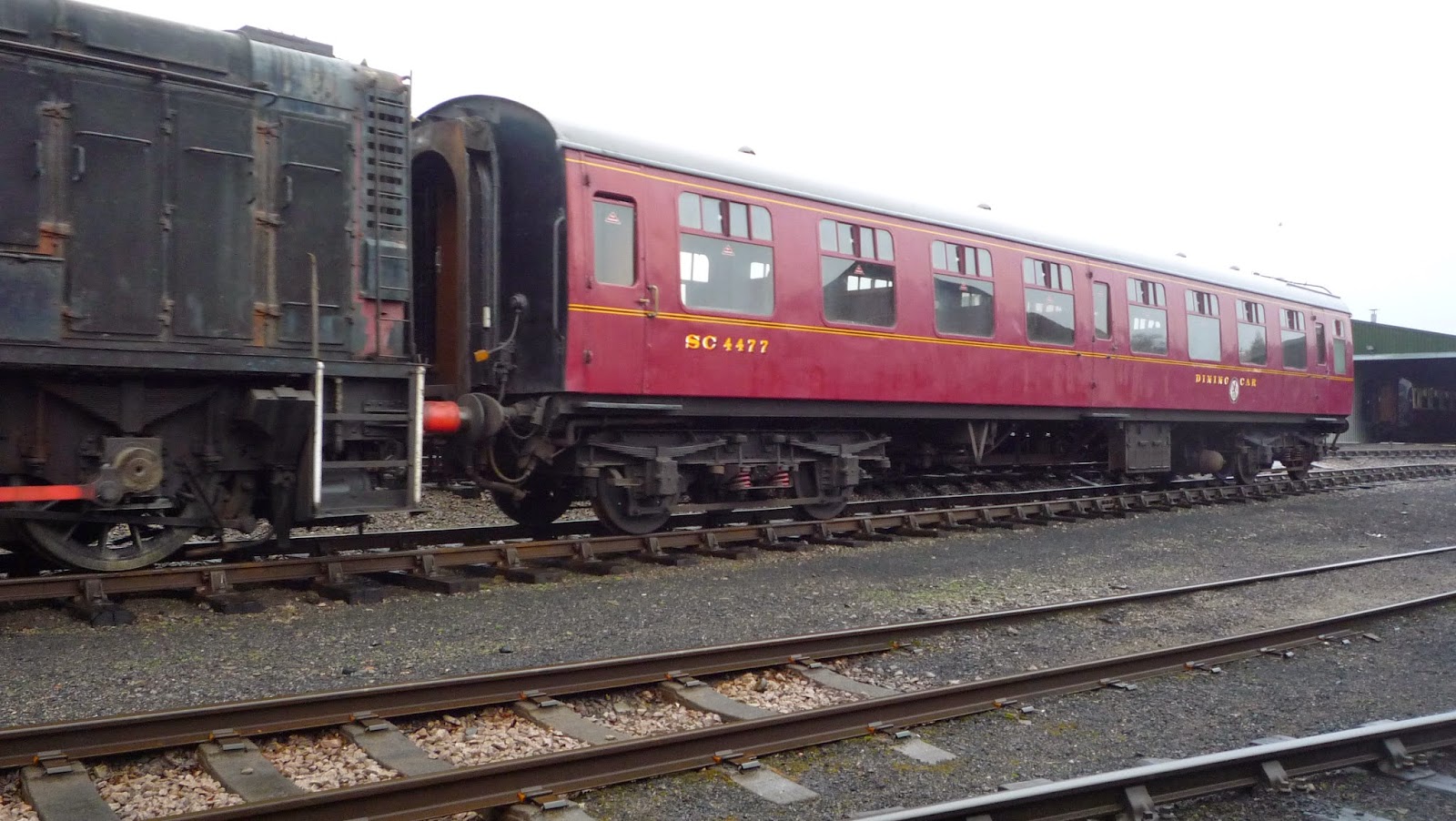 Kitchen car, converted TSO 4331 and utilities vehicle, former postal vehicle 80433, originally 25150, are seen in the yard at Aviemore during the shunt. 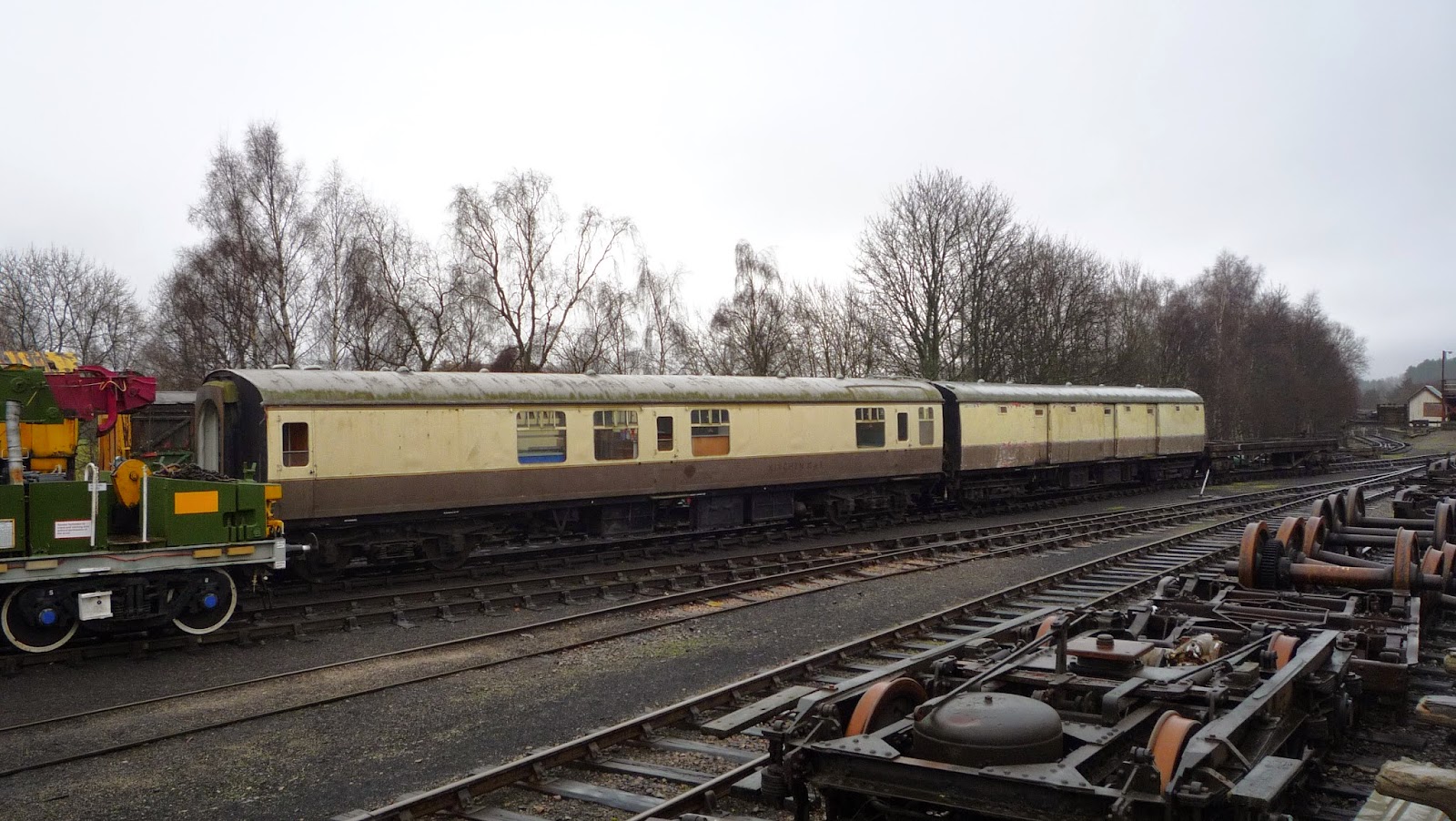 After spending last week being rubbed down, the paint is now being applied.  Murray is pictured here painting the roof. 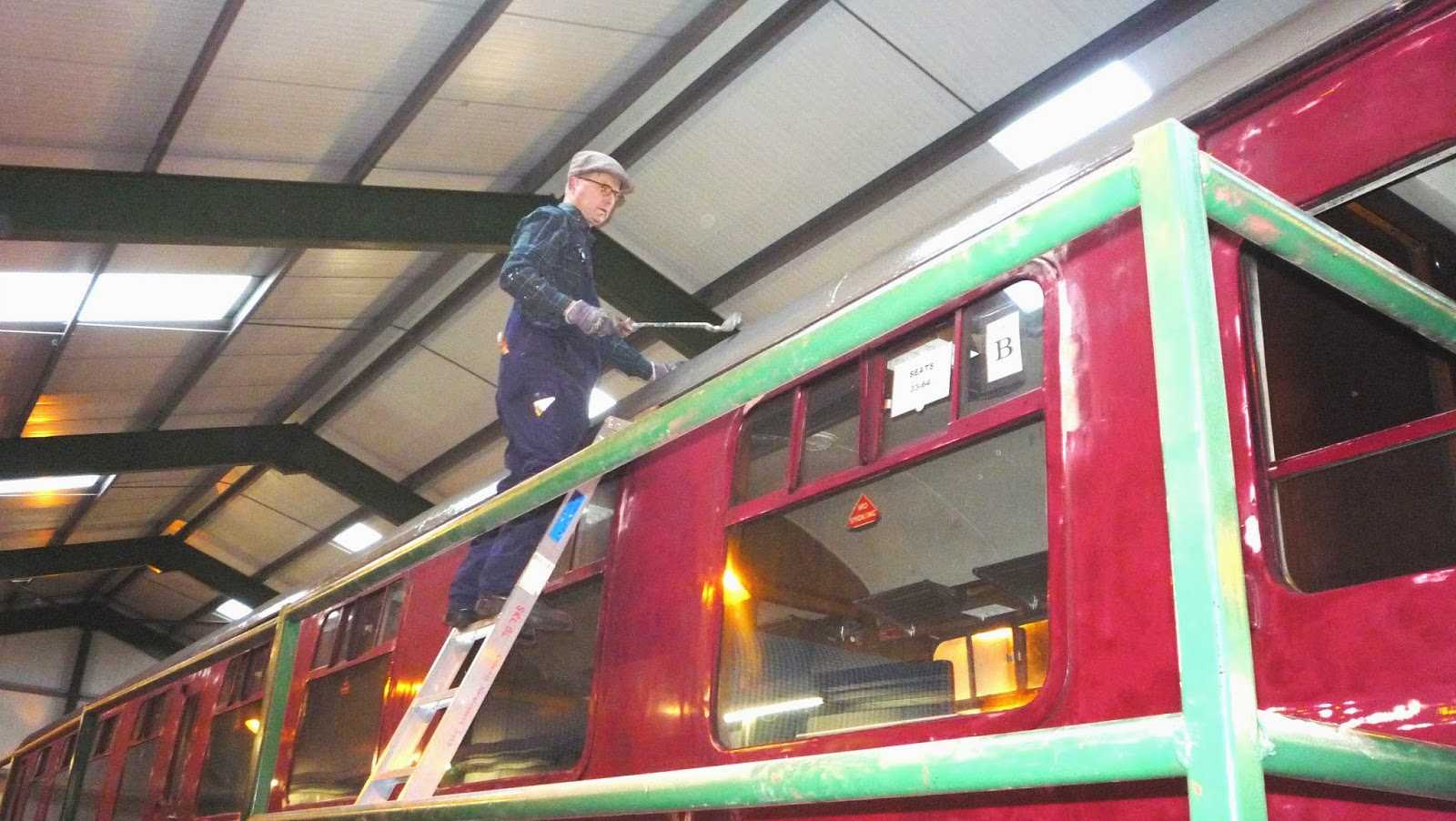 The roof looking clean and sparkling in its fresh coat of steel grey paint. 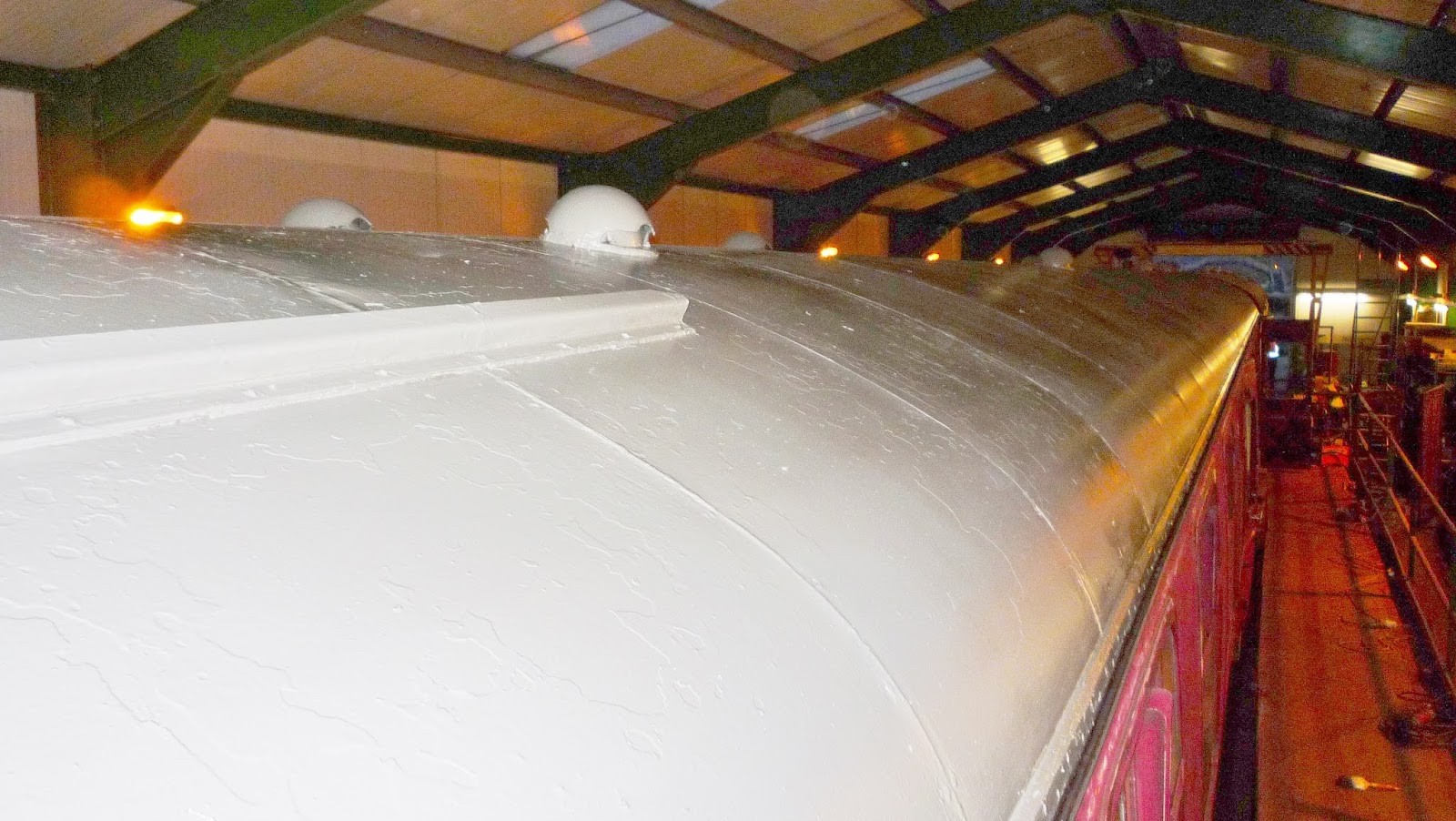 Here the window frames have been painted in undercoat and the bodyside masked off ready for the surrounding area to be painted. 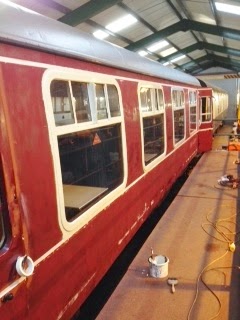 Another picture of the side with a partially painted body side band. 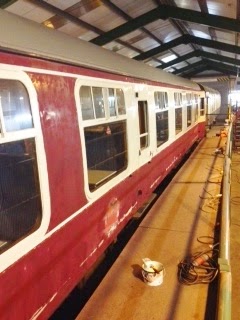 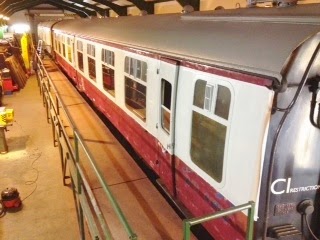 The vestibule floor has been removed and the step entrance has had the problem web removed.  The area has all been ground level. 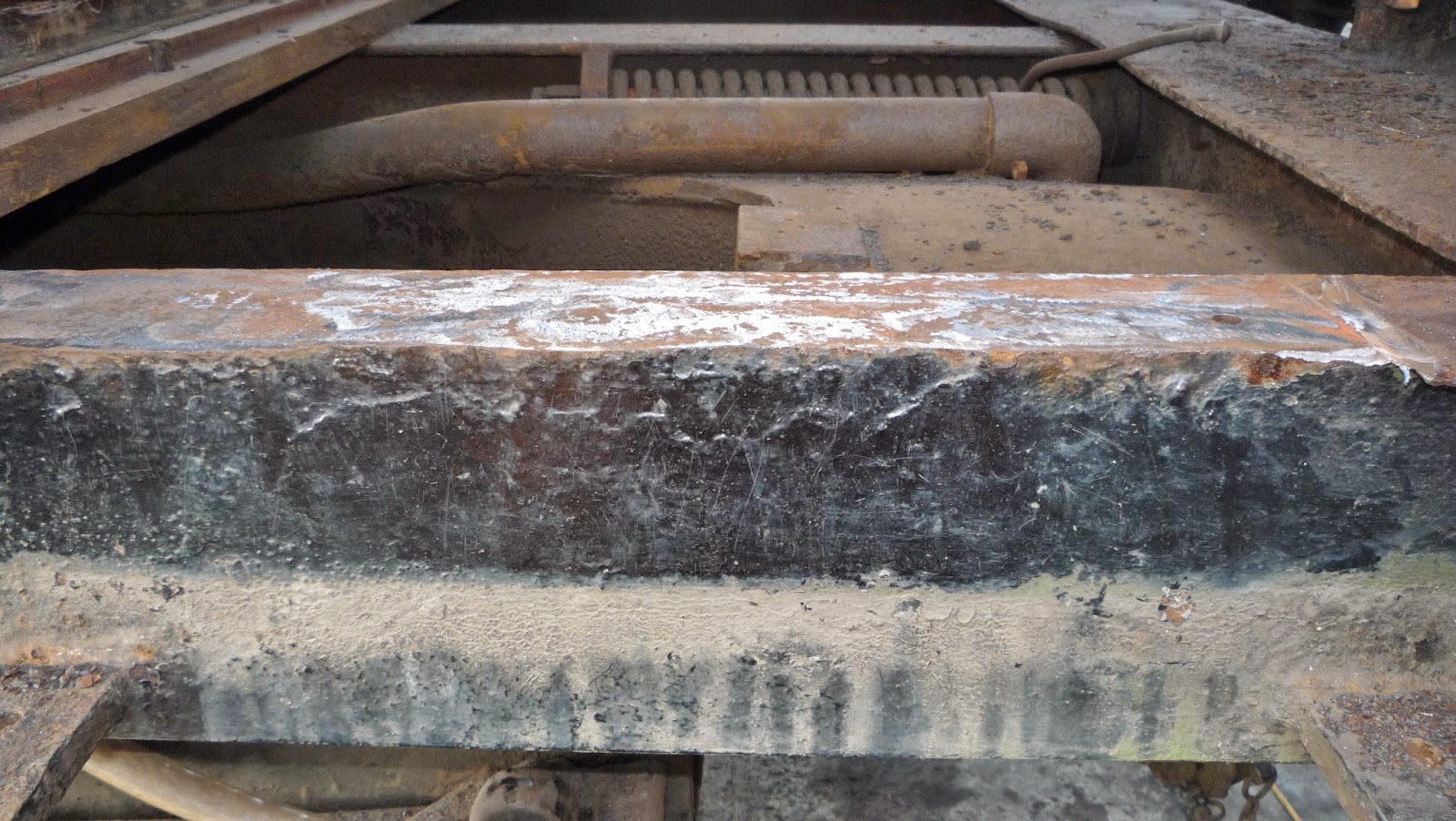 Another view of the dismantled vestibule area. 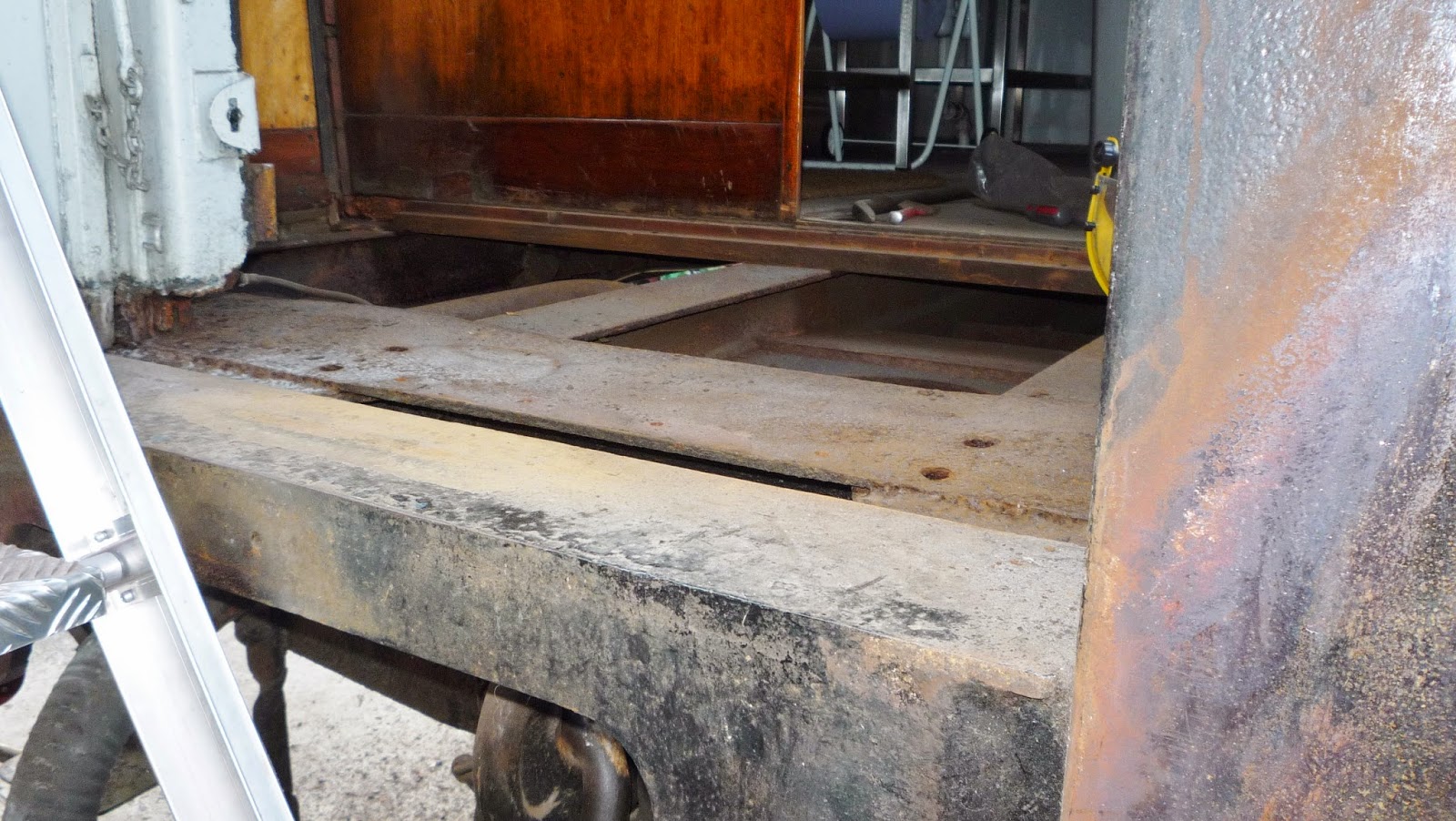 Another view of the vestibule. 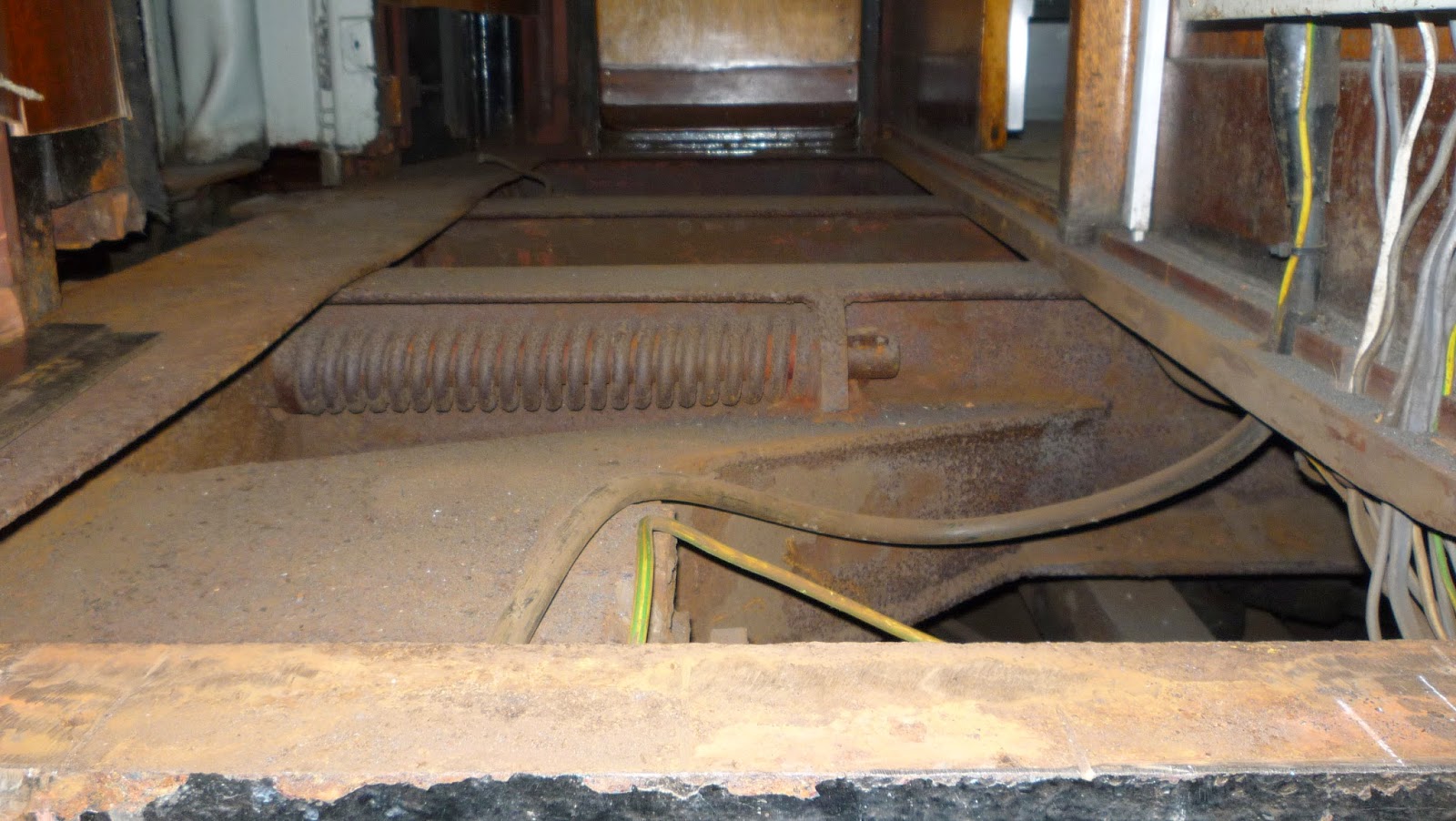 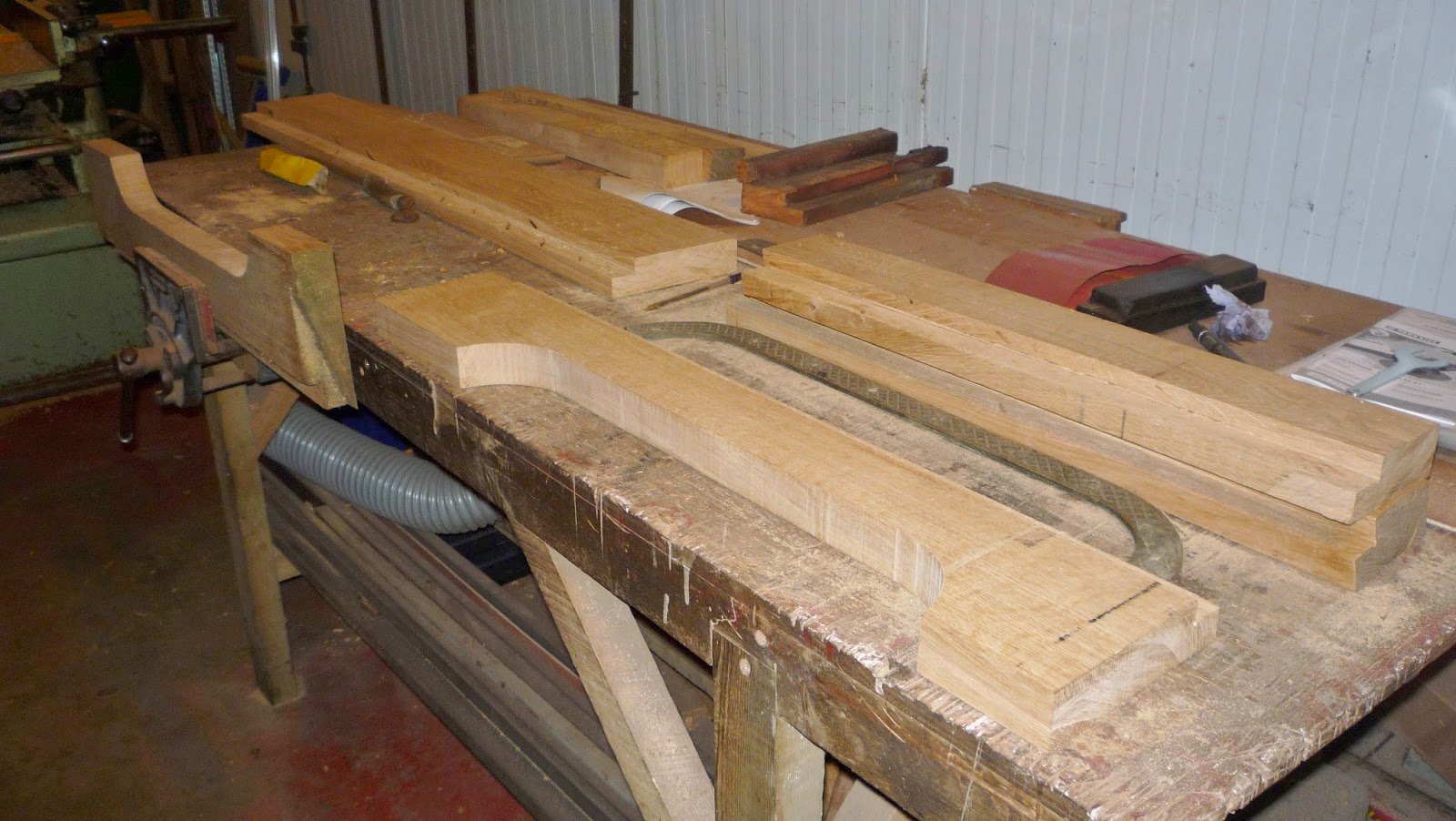 Another view of the new oak floor supports being produced.
. 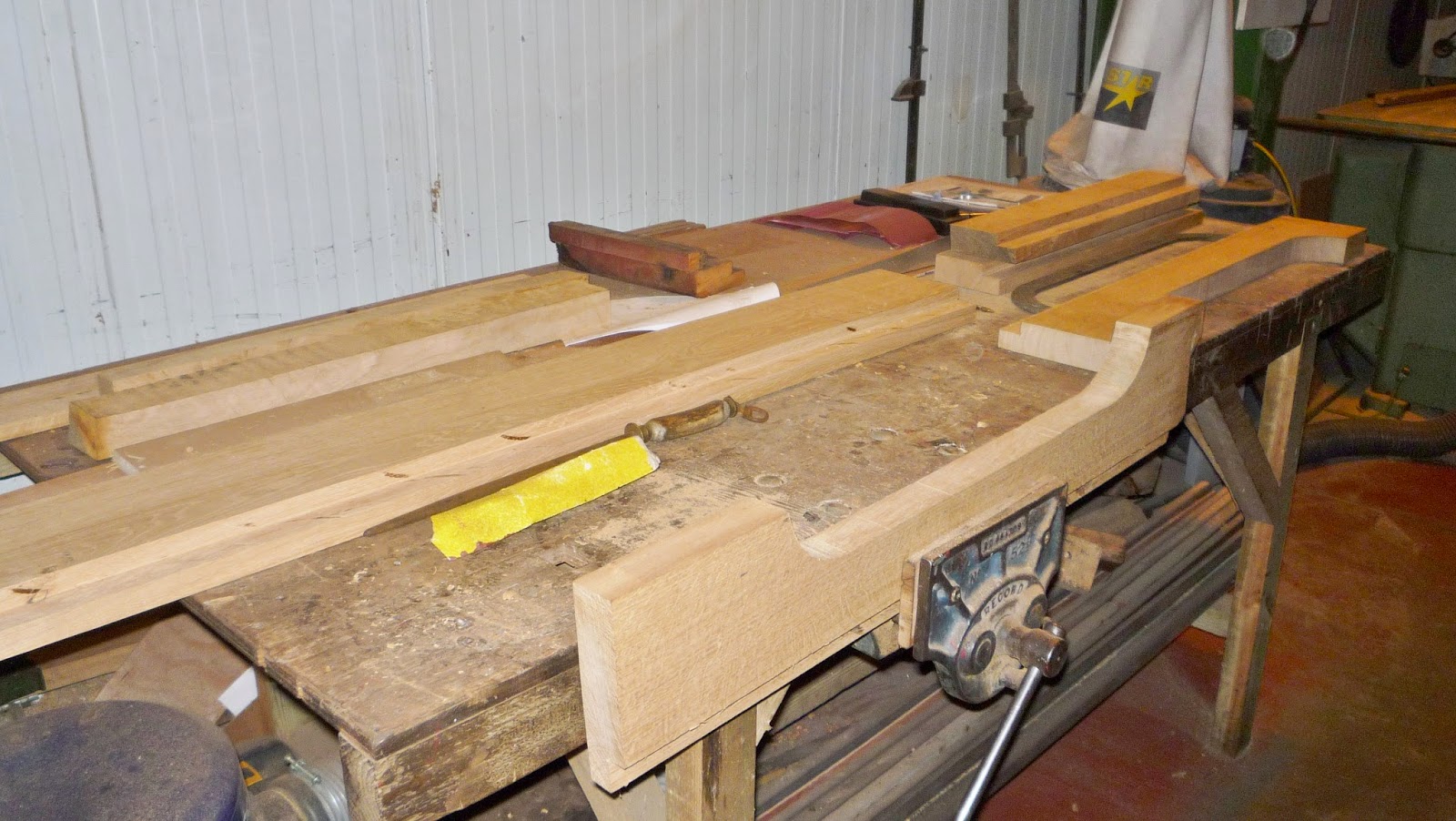 The end panel needed some work, the lower end of the grab rail had come adrift, needing welding.  As well as the bottom of the panel had a previous repair which was coming adrift and needed a new patch fitting. 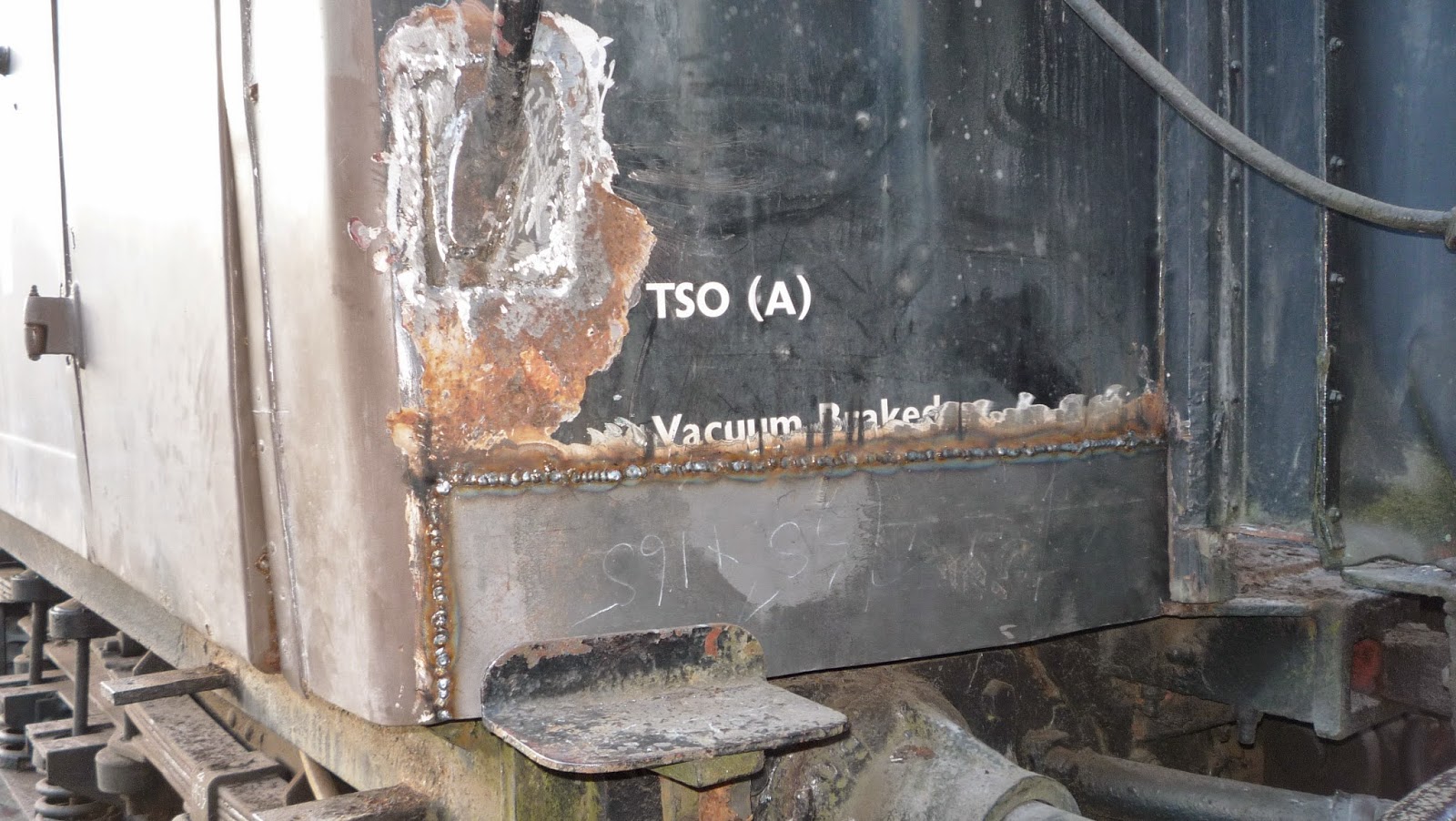 This area had a pop riveted patch fixed to it which we removed.  We thought that it probably covered some damage and would need repairing.  We were surprised to find this opening which we don't know what it was for.  We will cover it with another patch but disguise it as a vent. 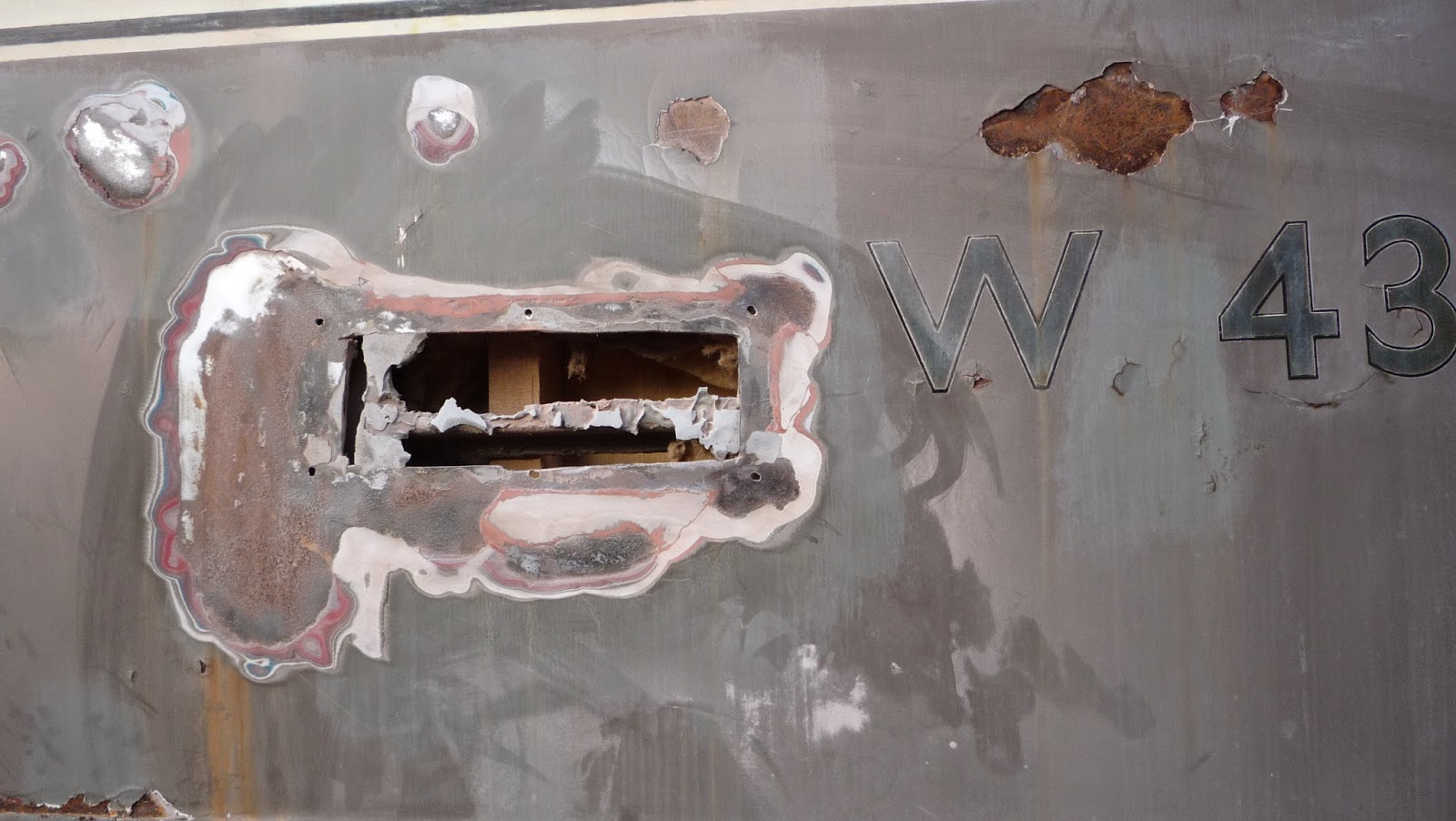 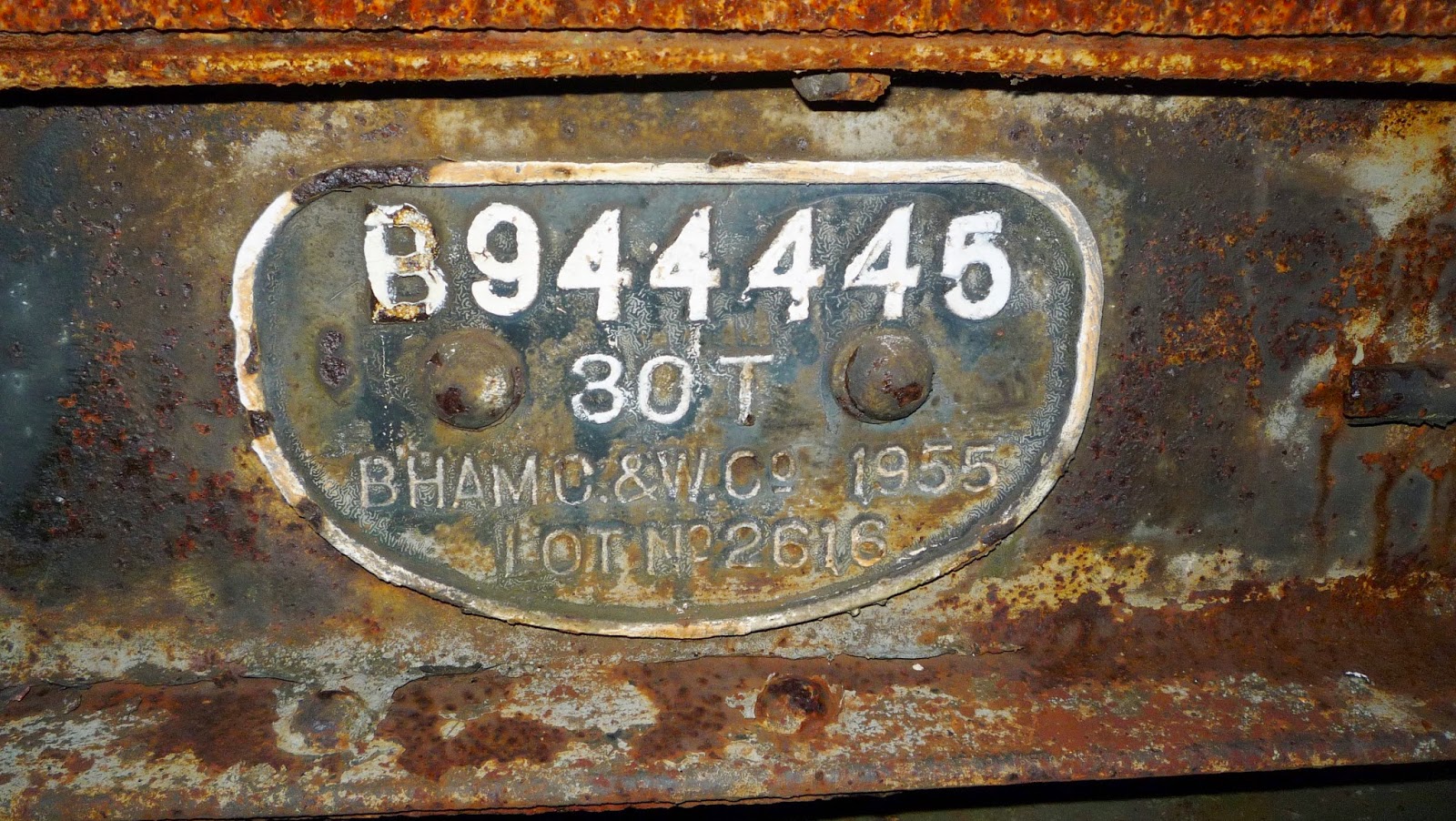 This wagon brought us some lengths of steel from Boat, in return we are servicing the axle boxes.  Pictured below is the top of the box, the bottom having been removed. 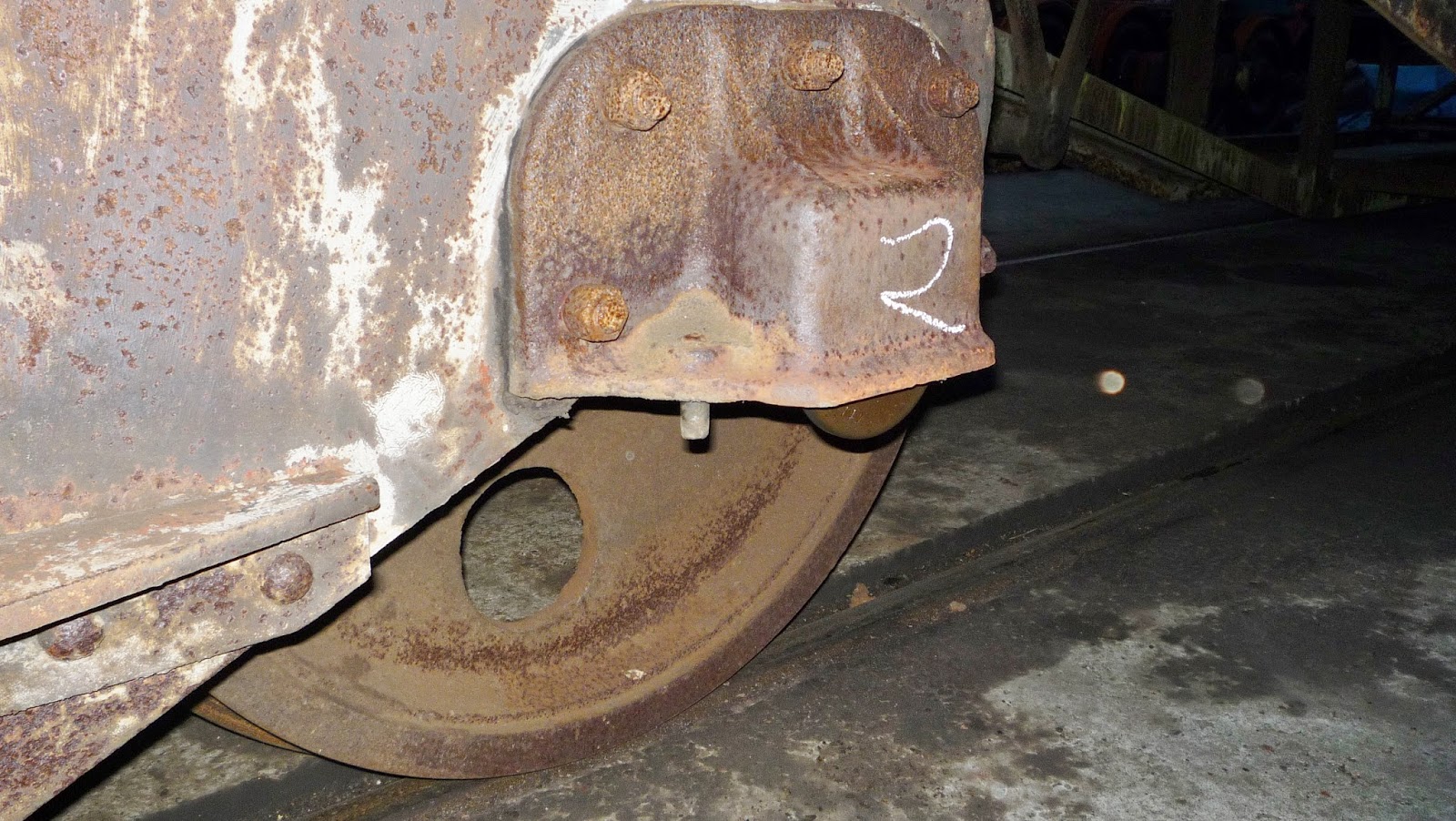 The axle box lower boxes having been removed and awaiting cleaning up. 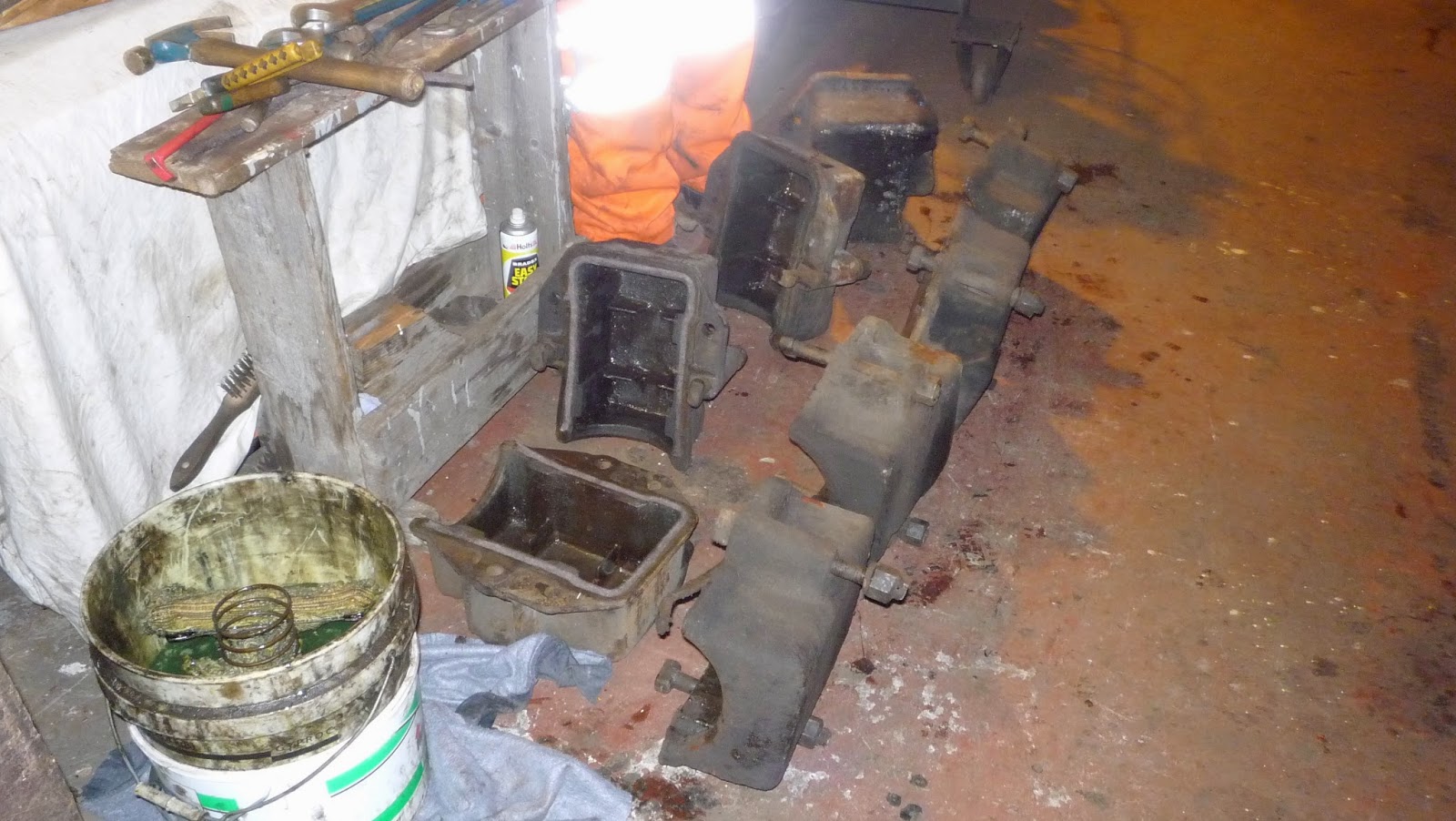 A number of the oil pads had become glazed and needed replacing.  First of all these need to be soaked in oil, any tub will do, including this formed tea / coffee urn. 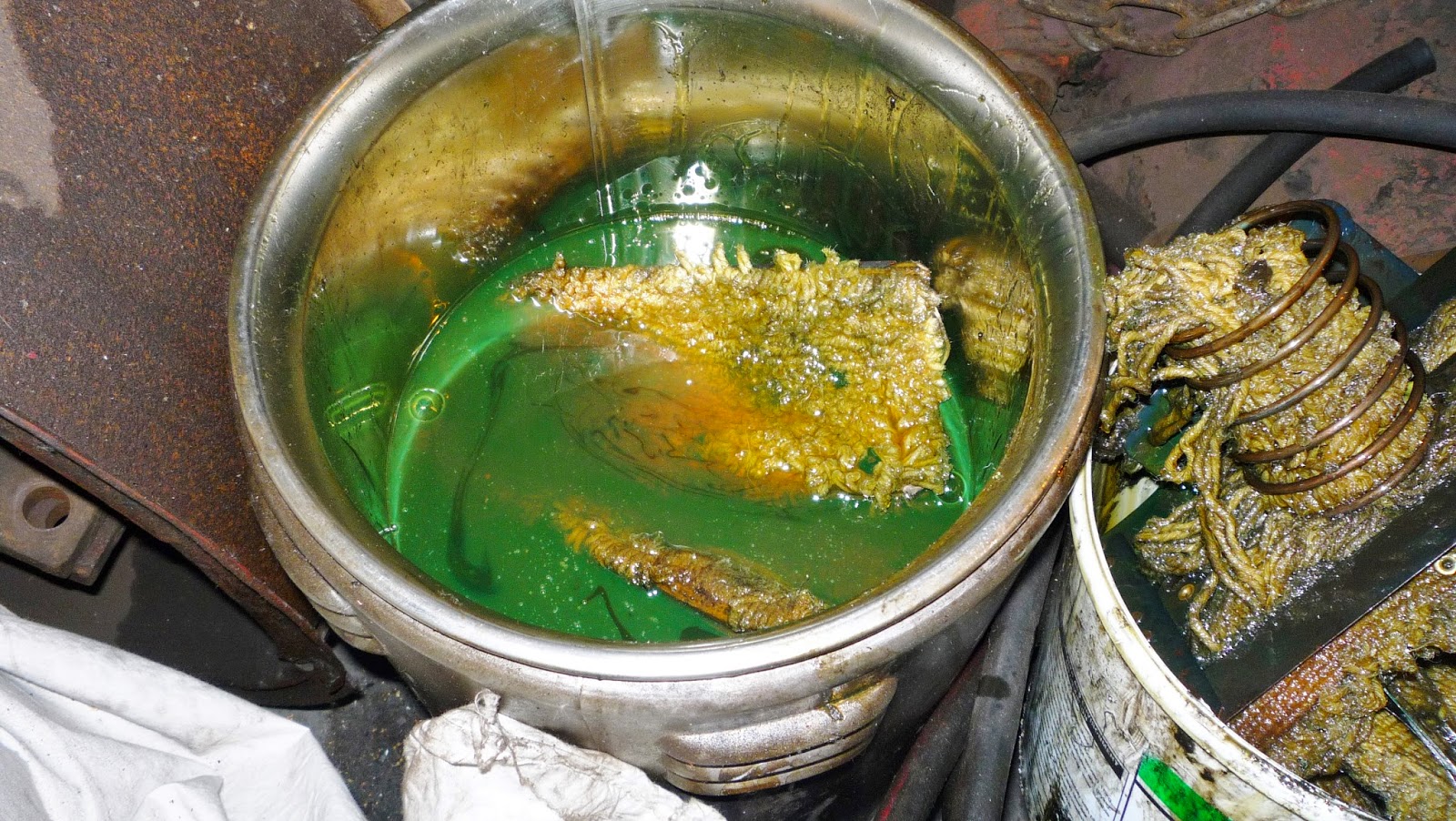 Two new arrivals this week are these ovens.  These will be used for the production of our own horn guides  for commonwealth bogies. 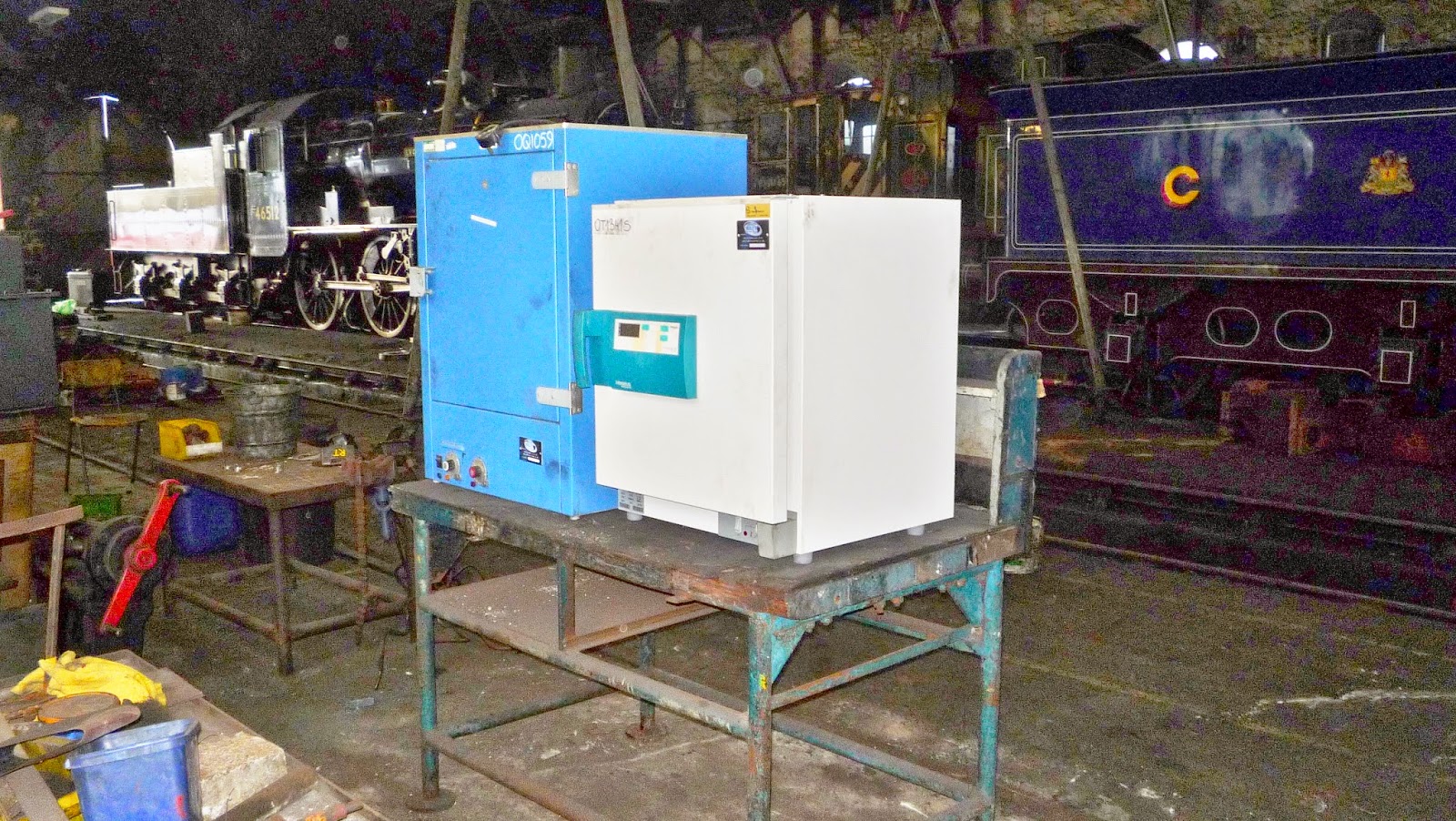 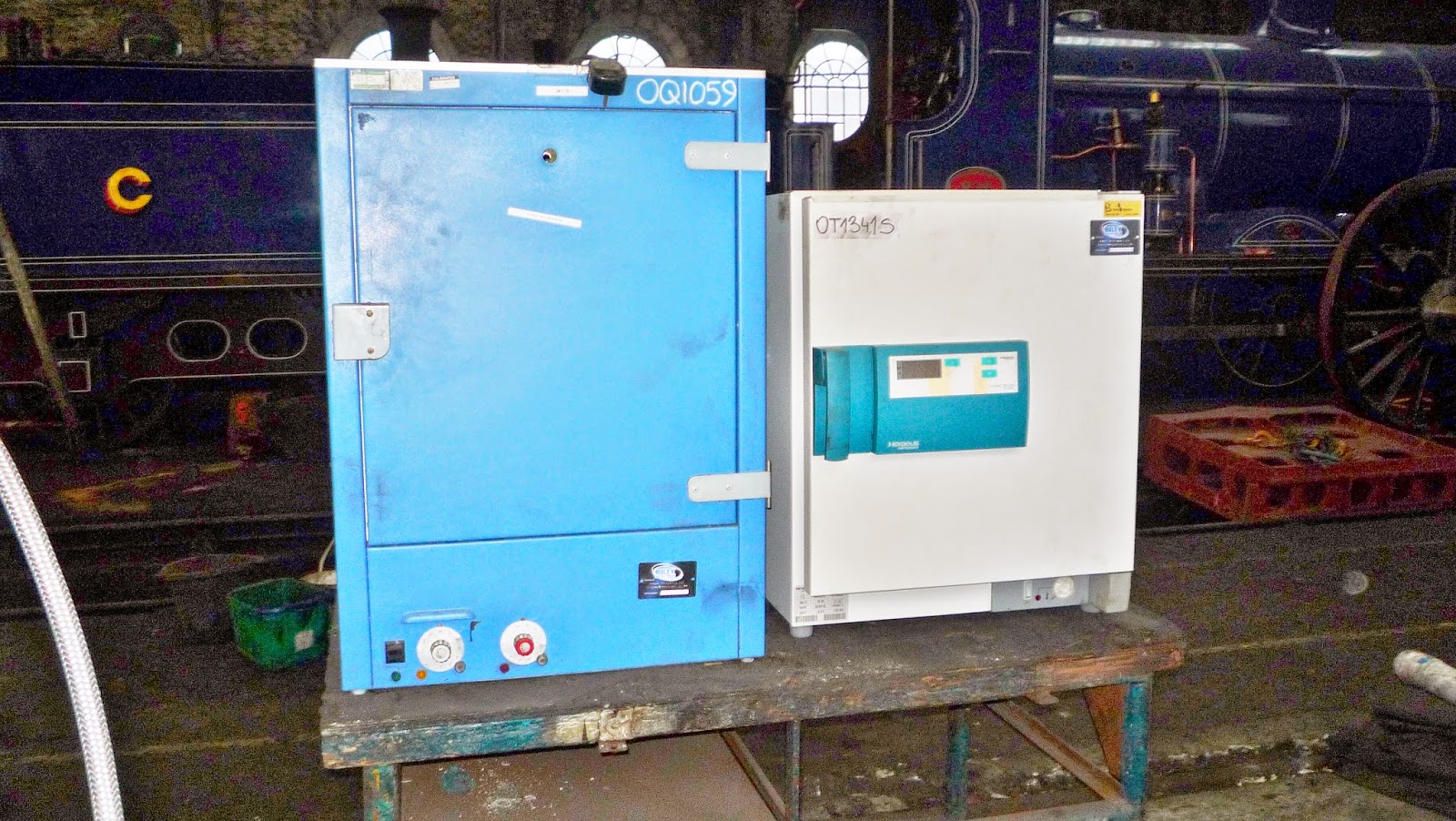 Posted by foxontour at 20:29 No comments: