During a major shunt last Sunday (15/03) the sun came out and so did the camera. 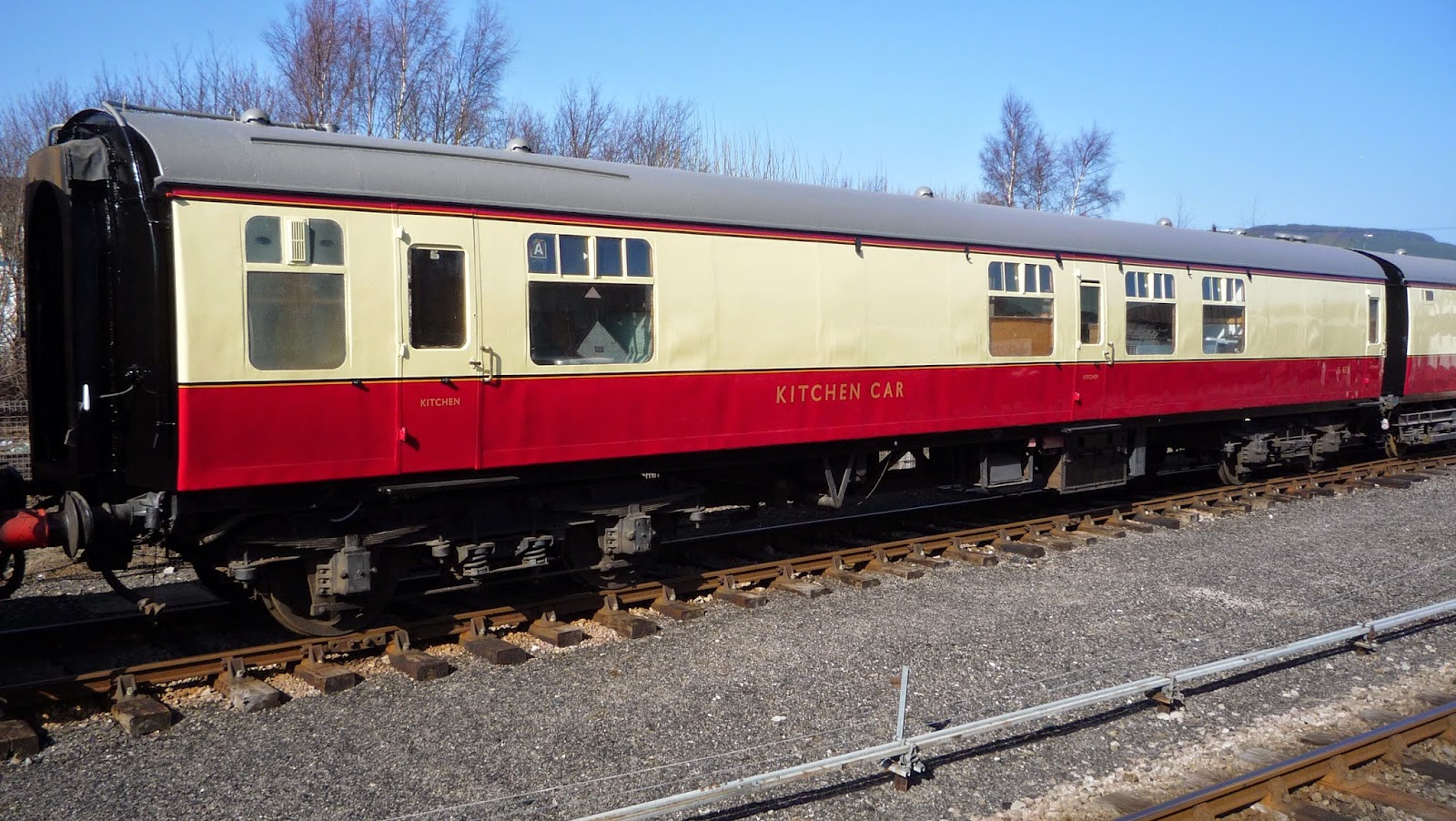 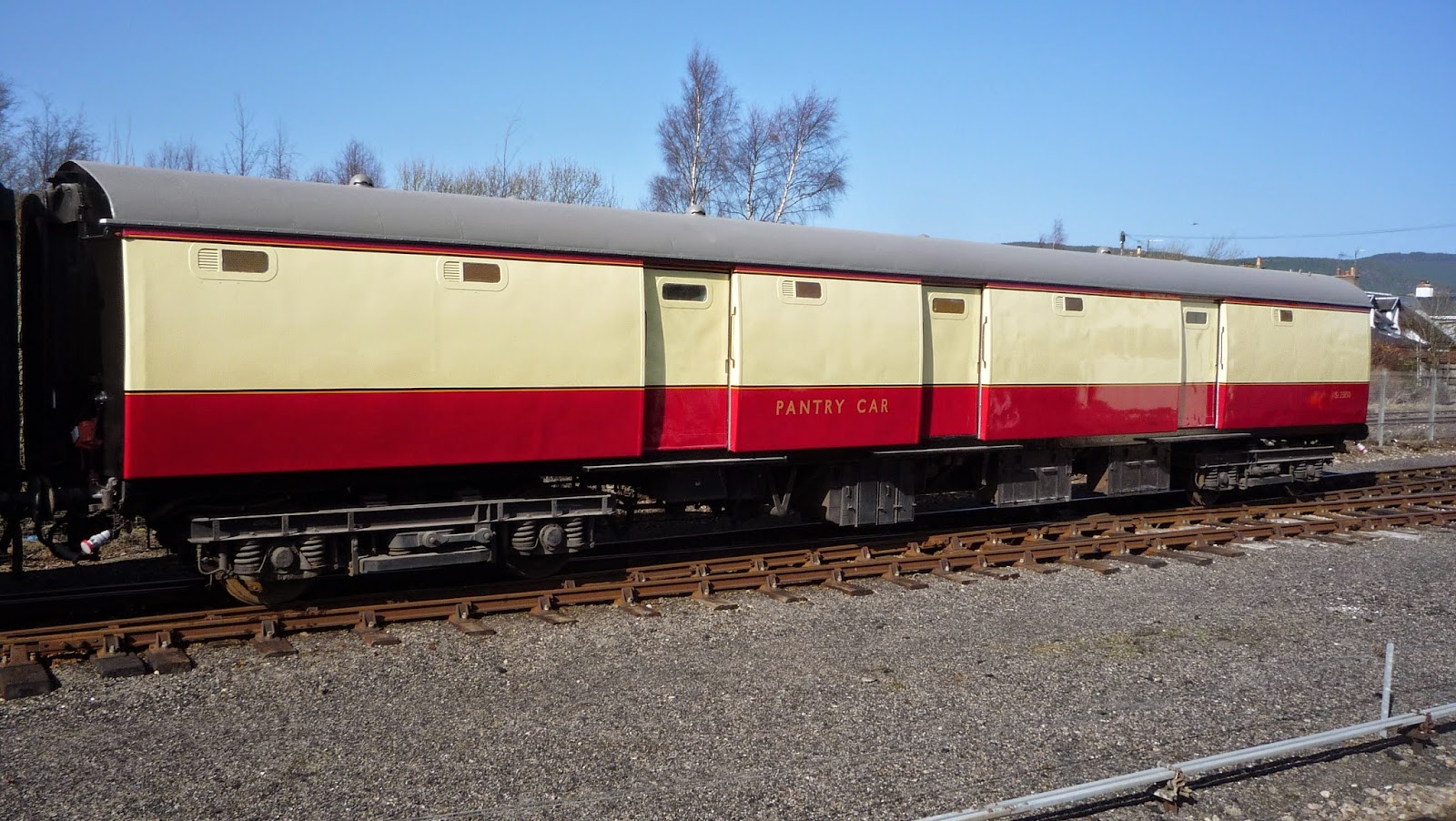 Both of them together 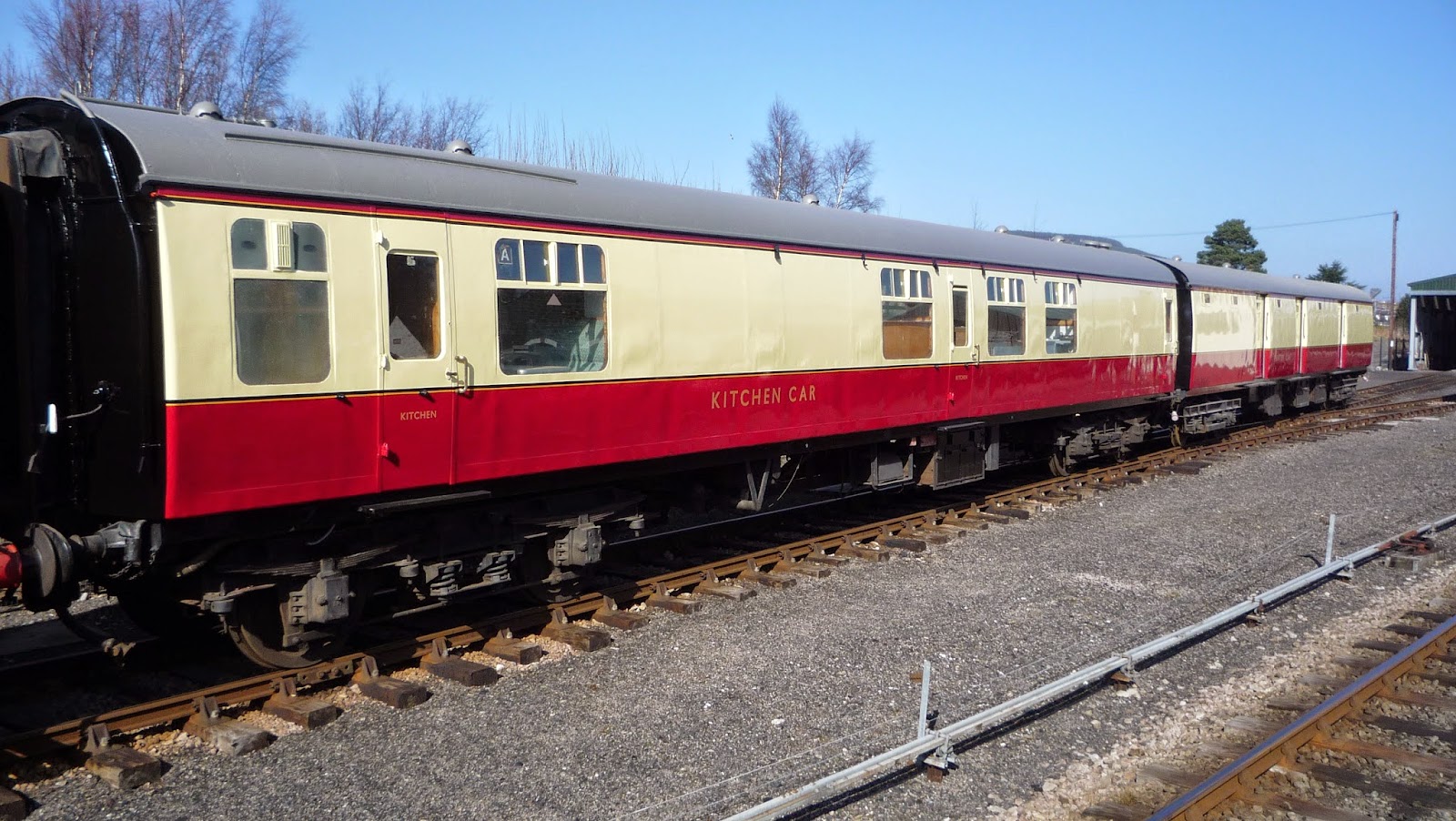 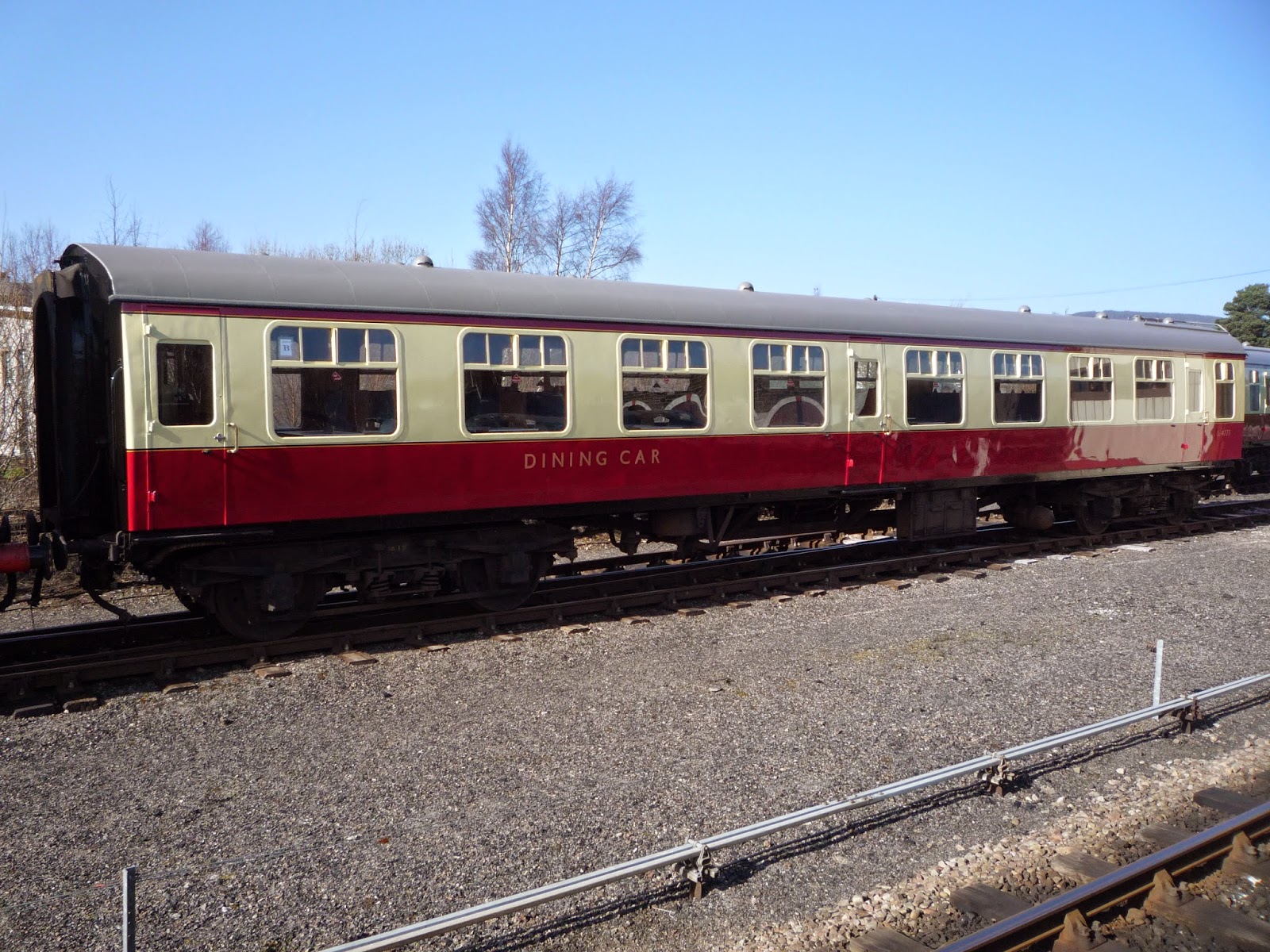 Finally all three in a line. 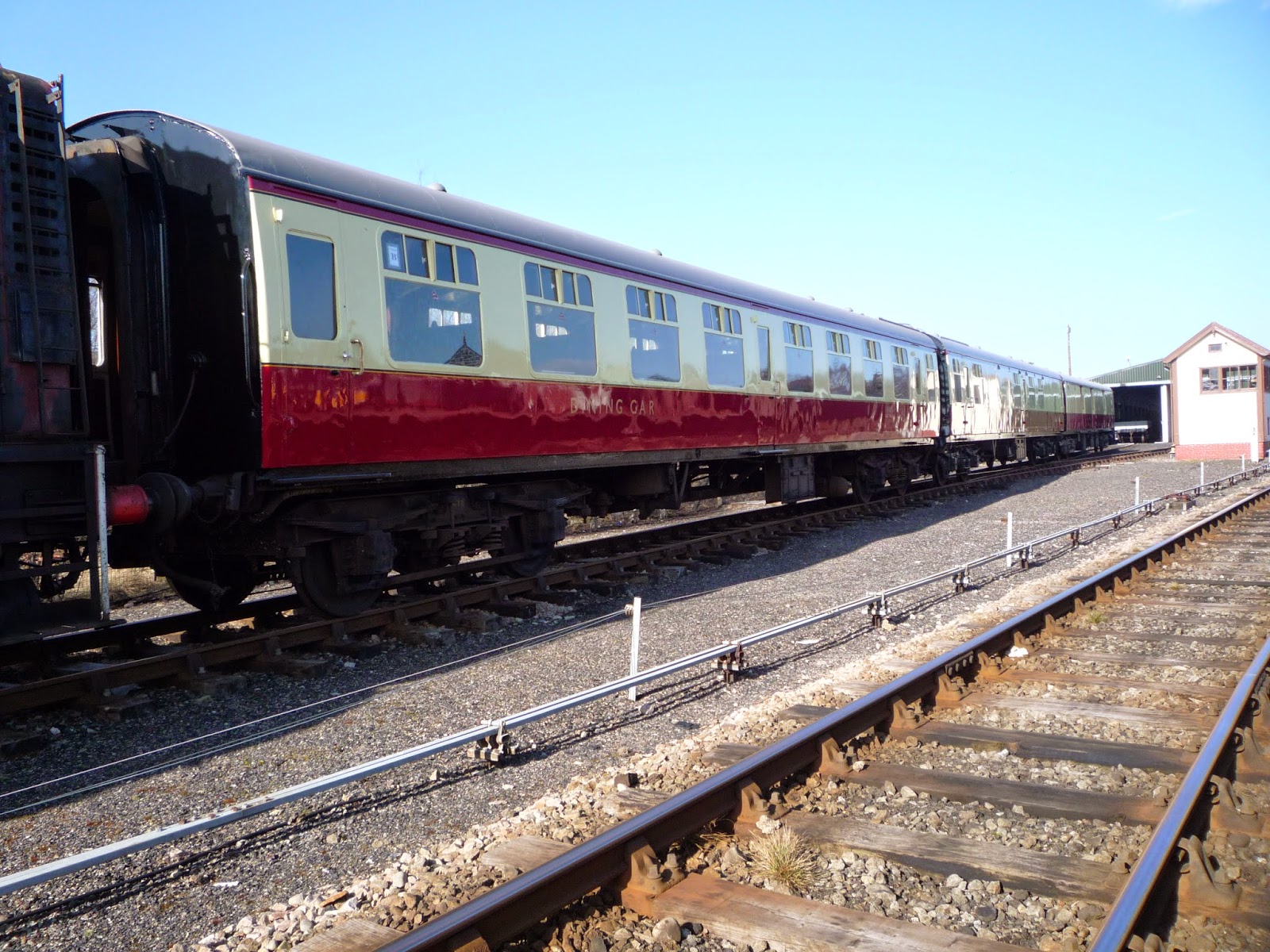 Posted by foxontour at 21:44 No comments:

I'd like to say four completed, but I can't quite say it yet! 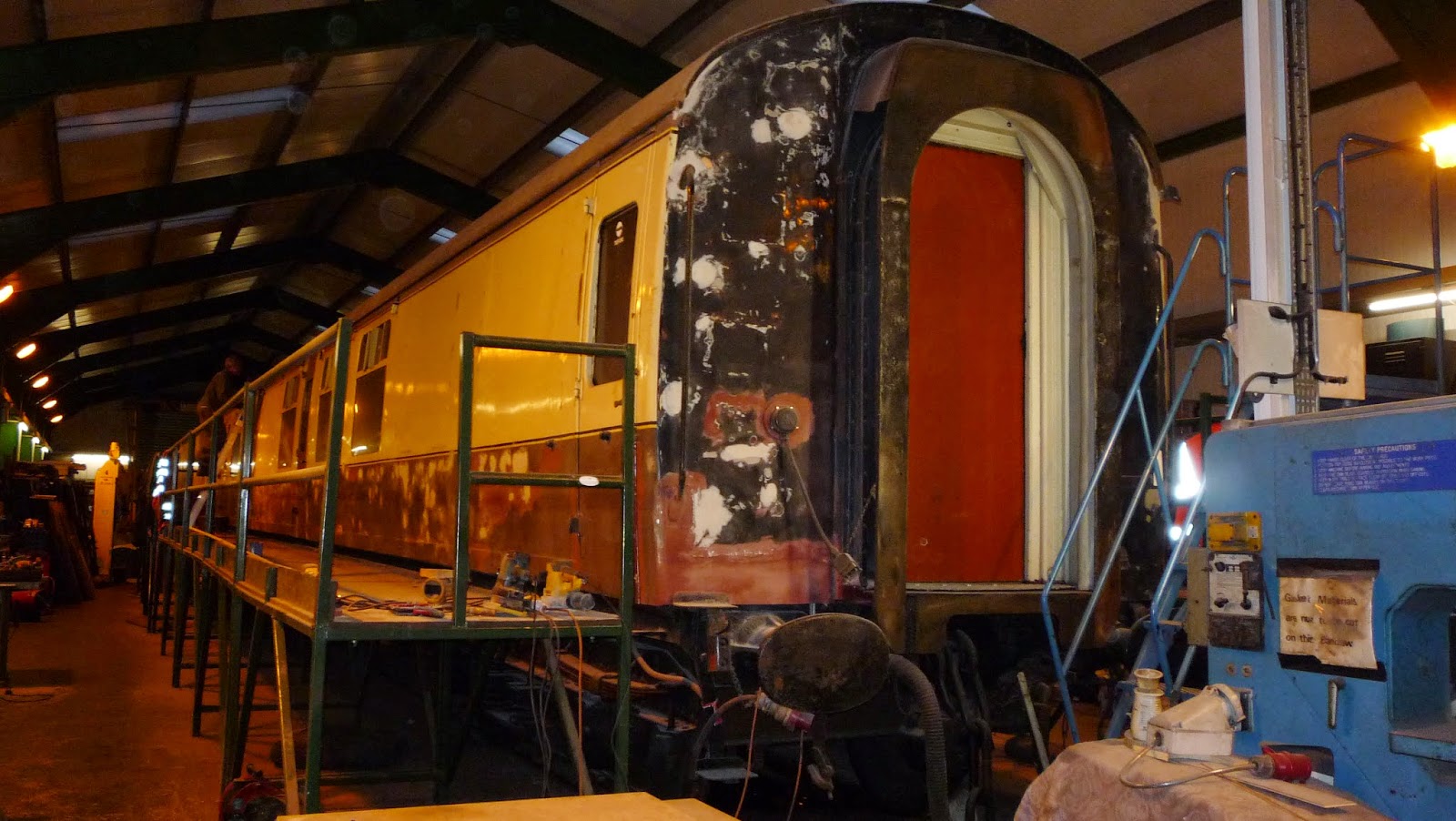 Just over a week ago, kitchen car 4331 is being rubbed down and filled prior to painting. 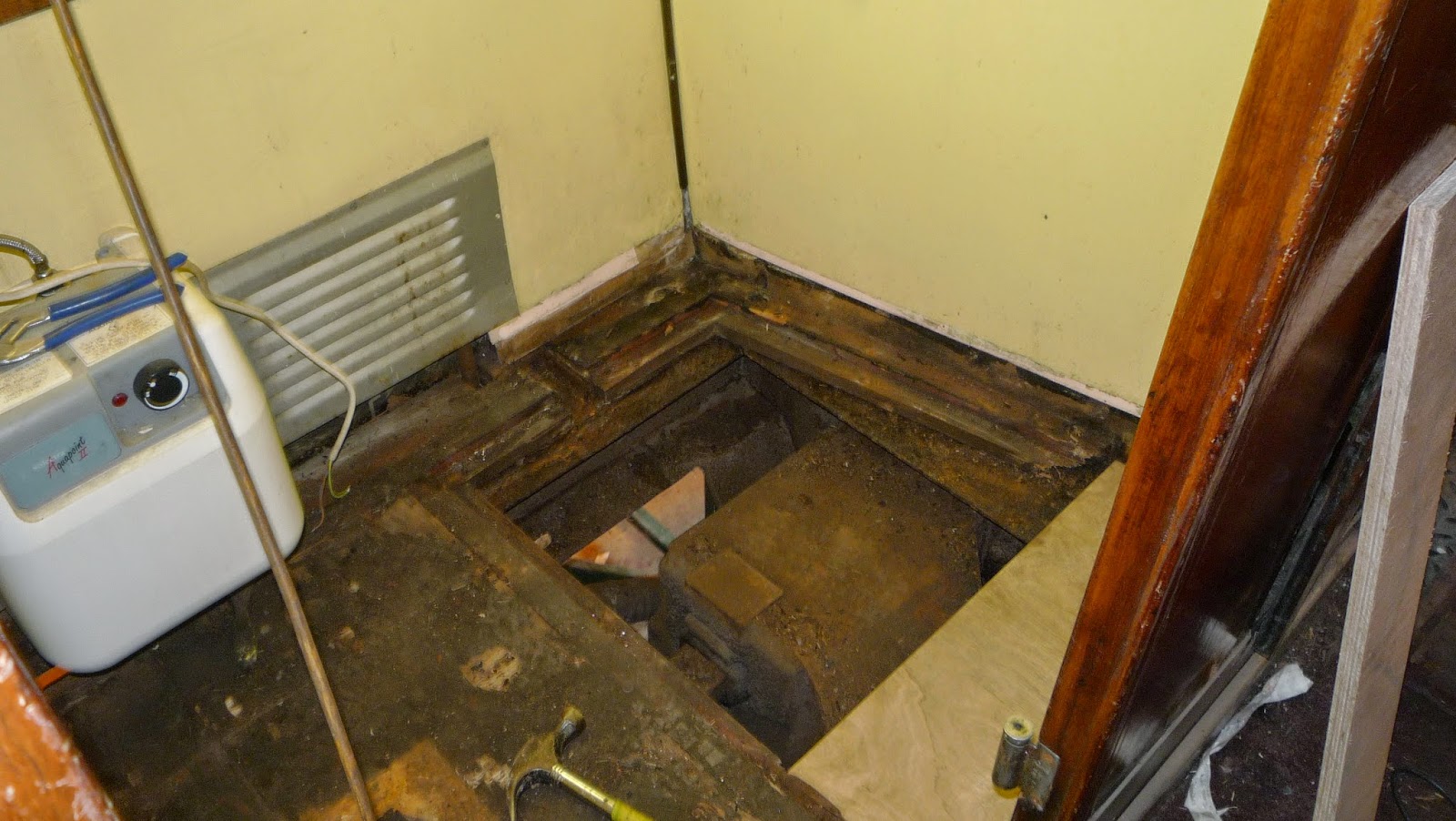 There has been a number of problems however.  This is the toilet floor, or lack of it.  It is completely rotten and had been covered with a piece of plywood, which it too had become rotten. 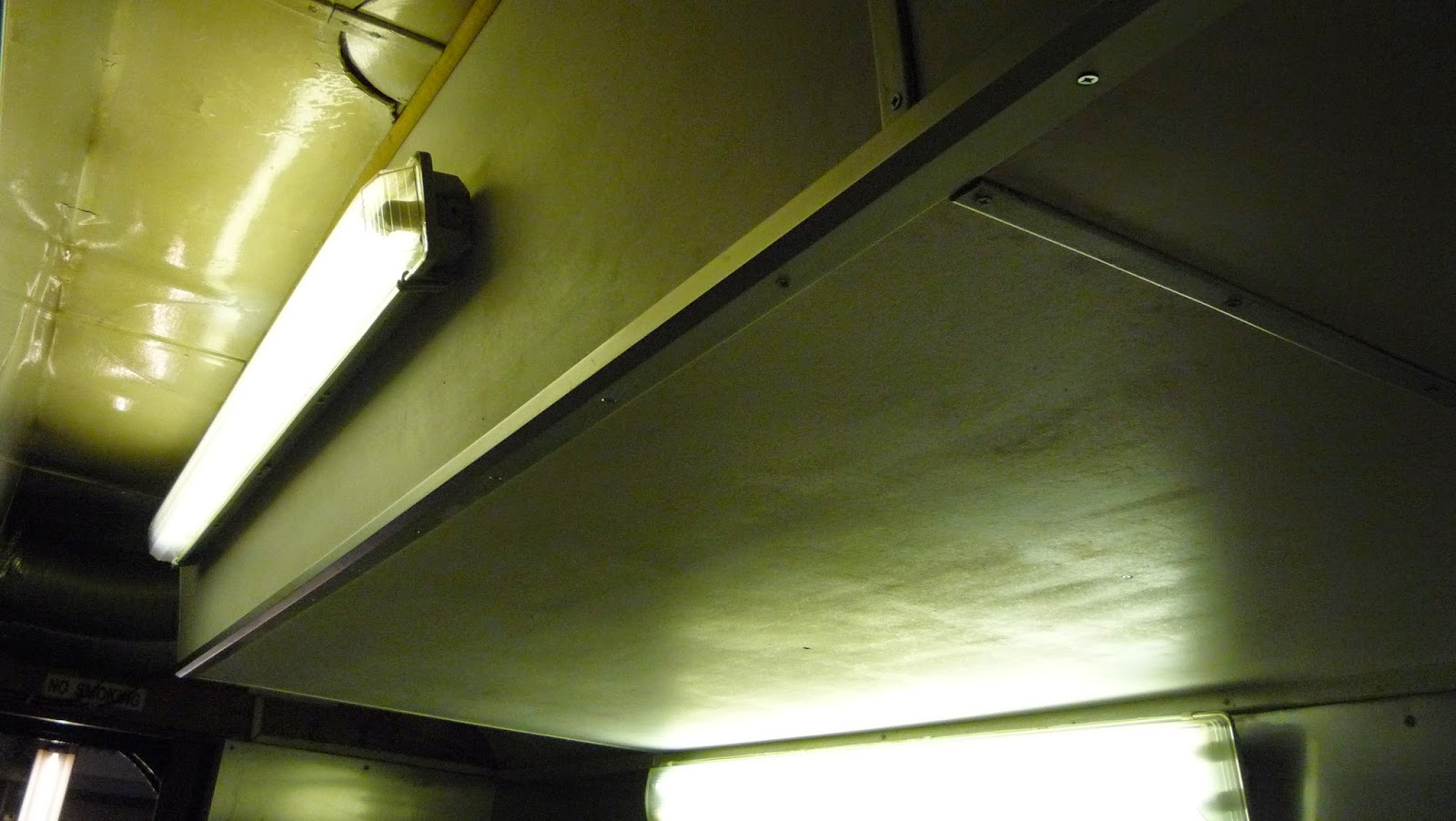 This is the new ceiling under the water tanks in the kitchen.  The tell tale bulge under the old ceiling should have been the clue.  When we filled the tanks with water we immediately had a leak coming through the ceiling which had to be removed to fix the leak. 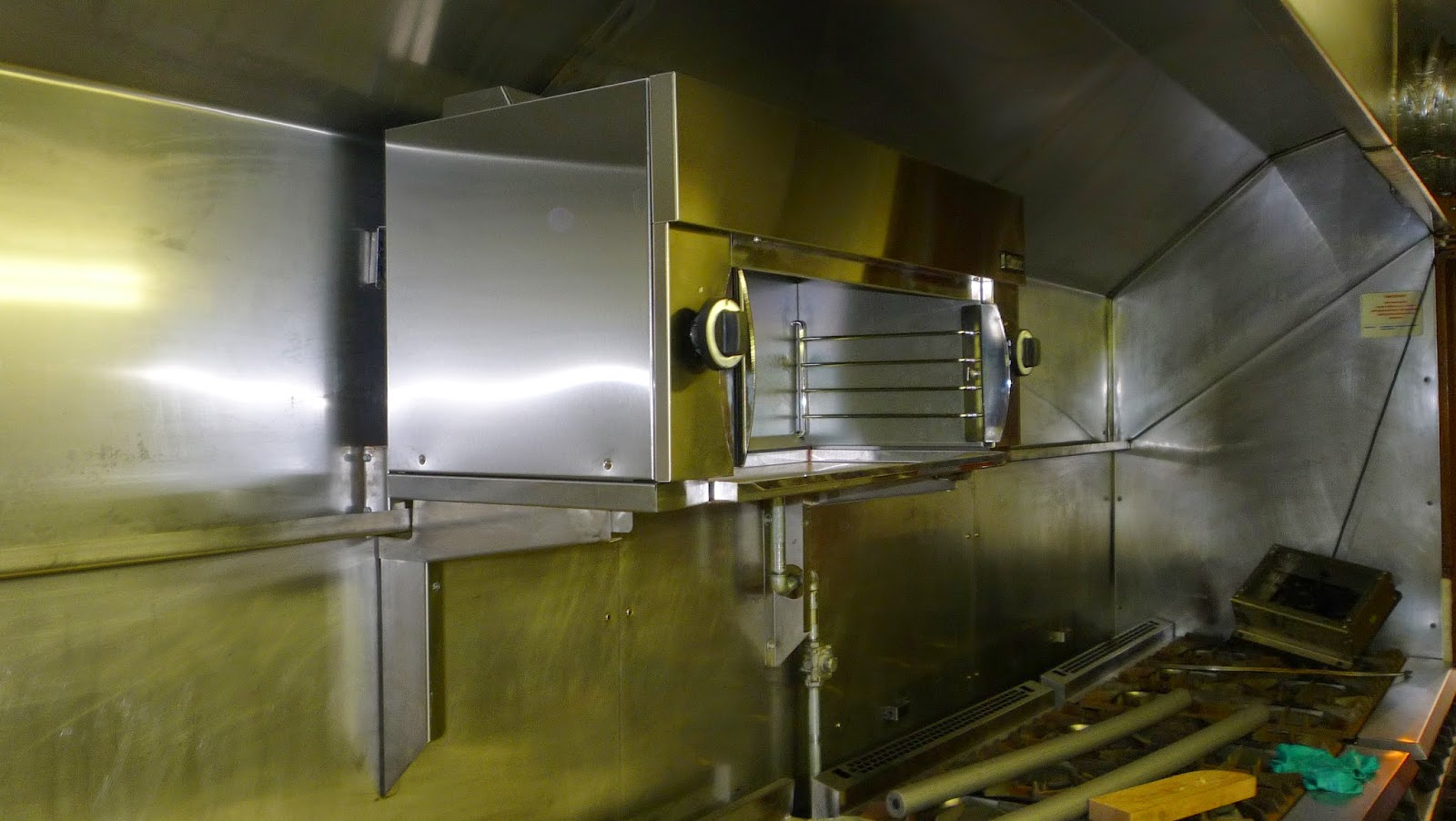 When the coach arrived we were surprised that it didn't have a grill, only the holes where one used to be fitted.  This was later found in the generator vehicle.  When we talked with our gas safe engineer, the old grill was deemed to be unusable as it didn't have any flame cut out safety device on it.  Therefore we fitted this brand new salamander grill. 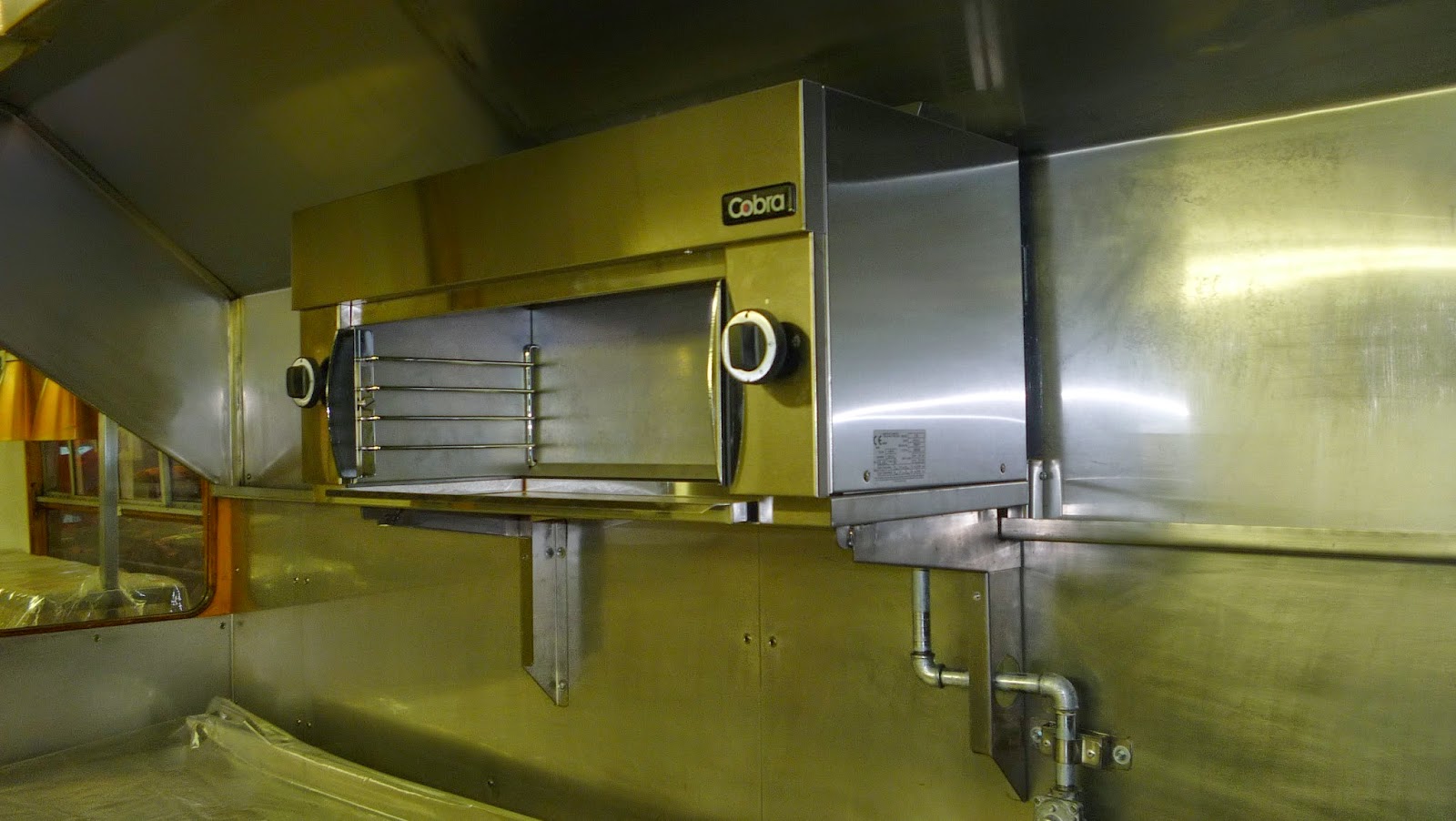 Another view of the grill from the other direction. 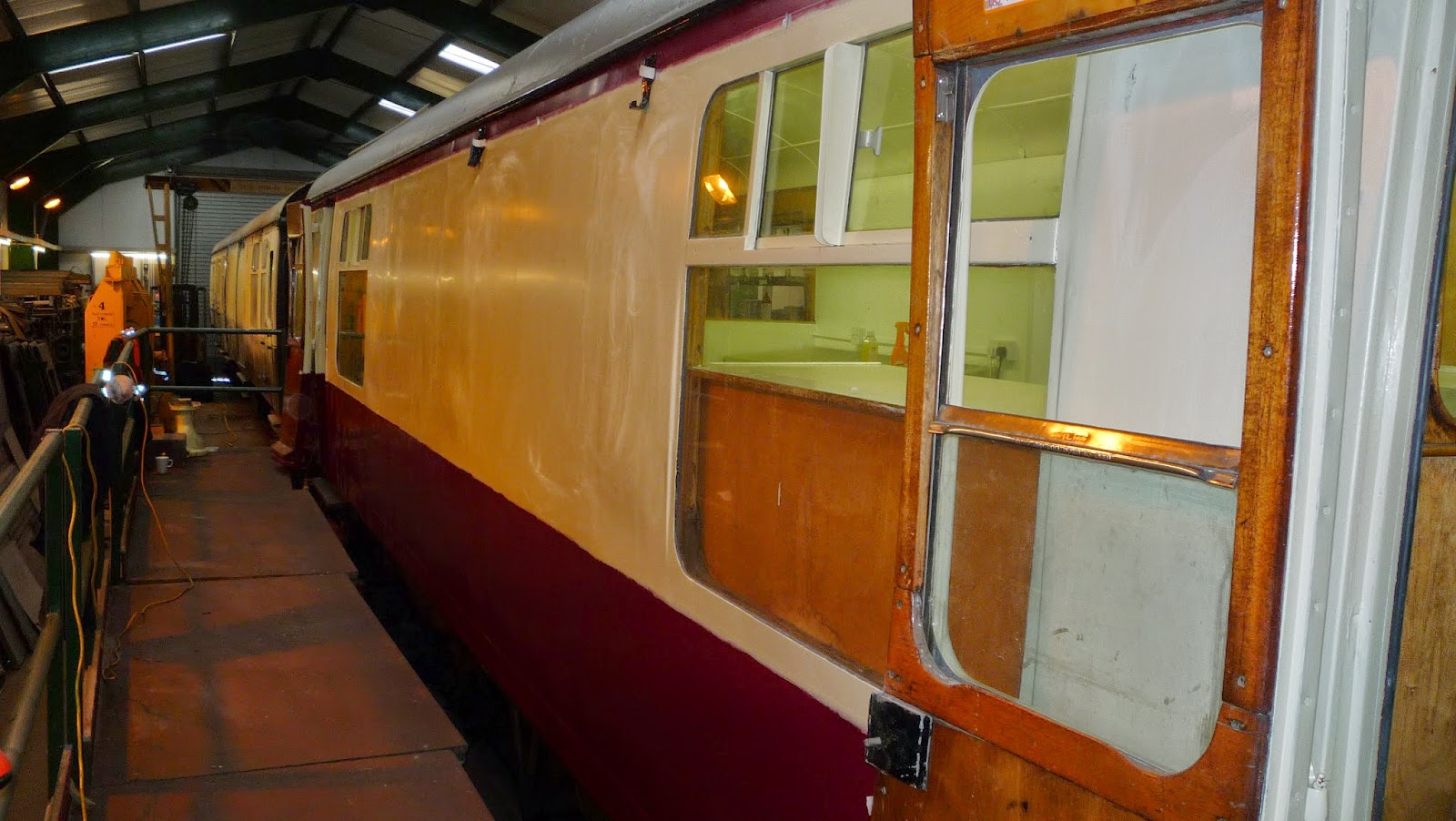 This was the view earlier this week with the coach having been painted in undercoat. 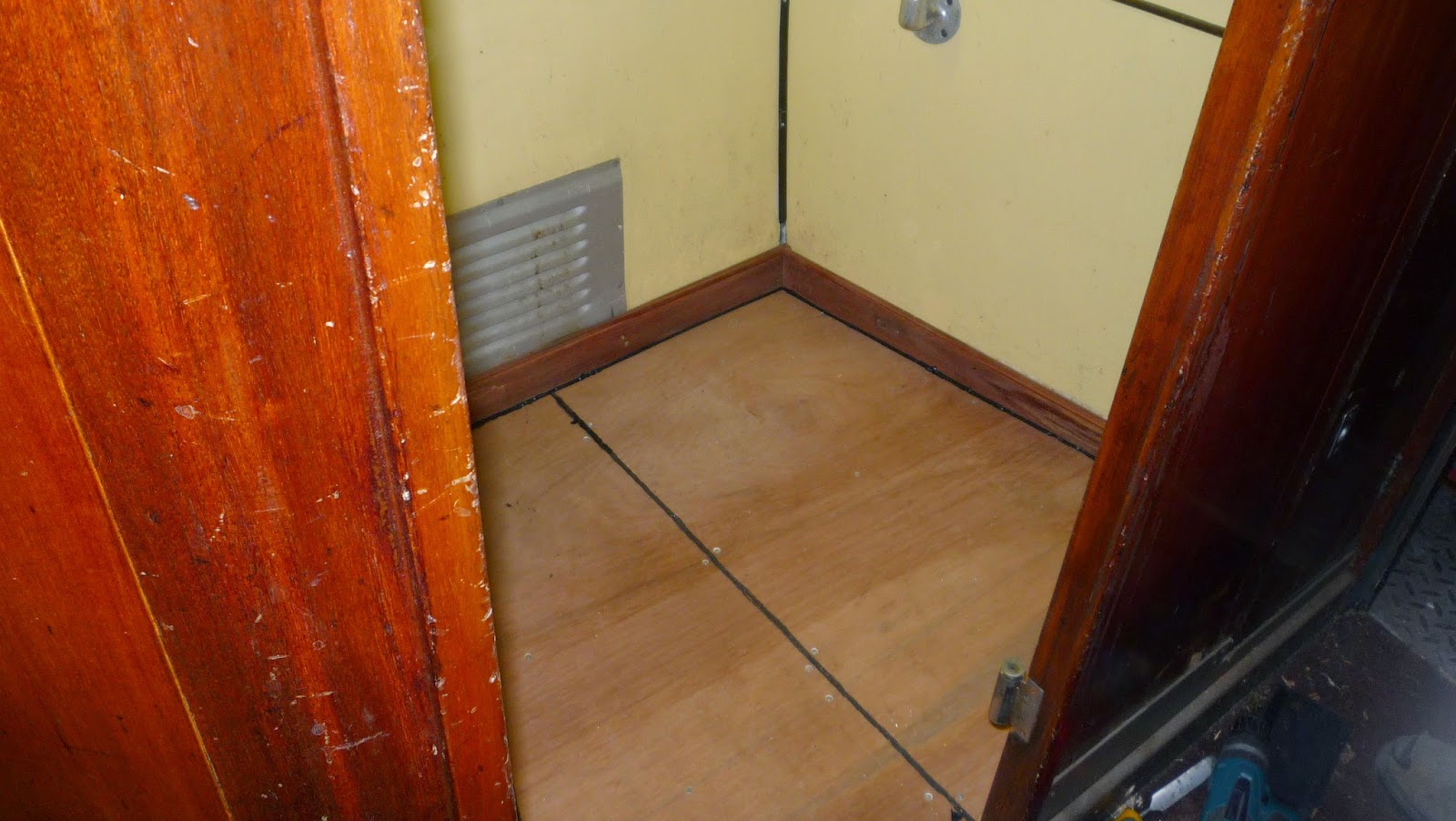 Earlier today, this is the toilet floor, which Willie Dodds has done an excellent job to bring up to this standard.  The floor in general at this end is extremely poor and will need complete renewal in the not too distant future. 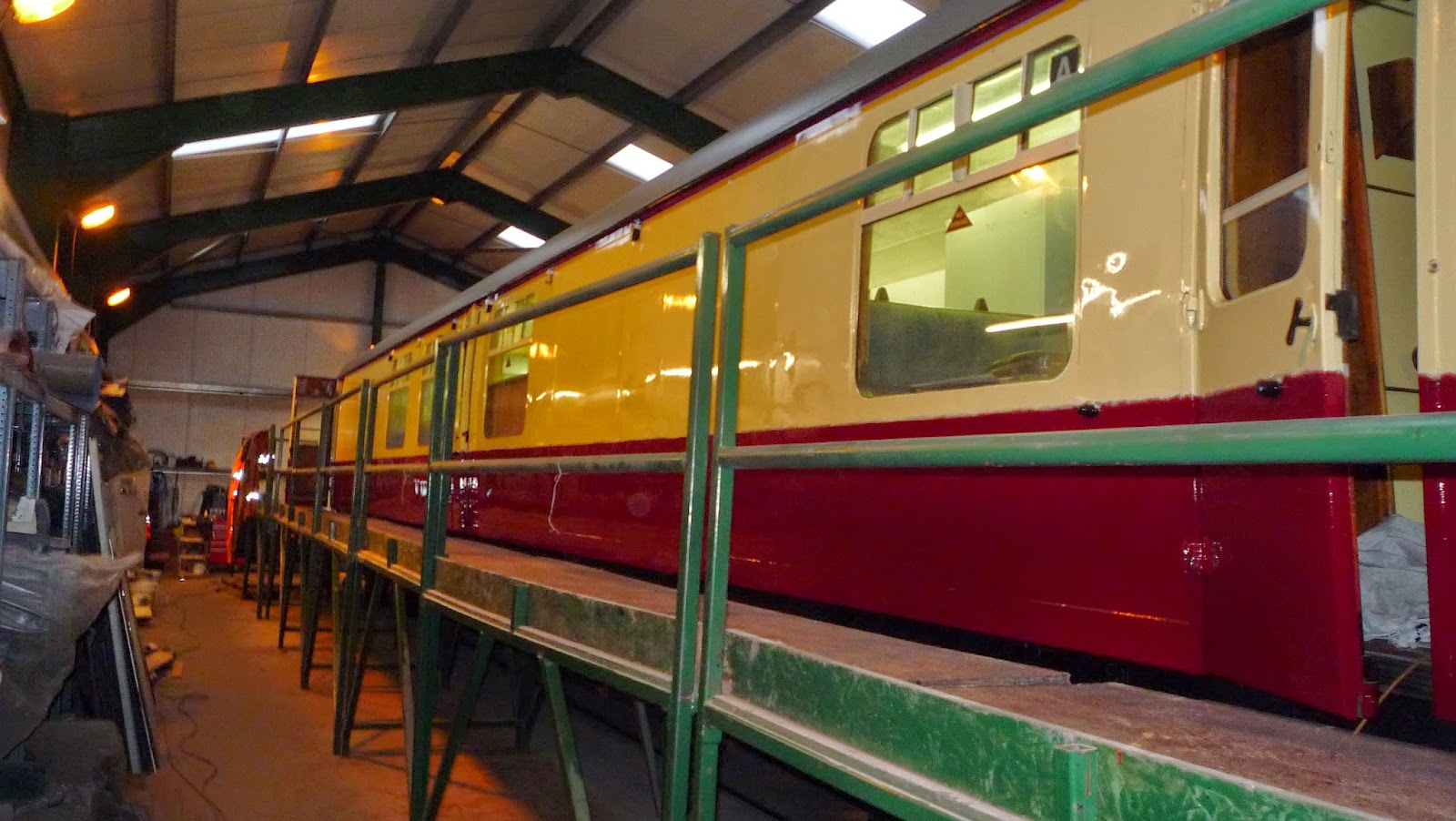 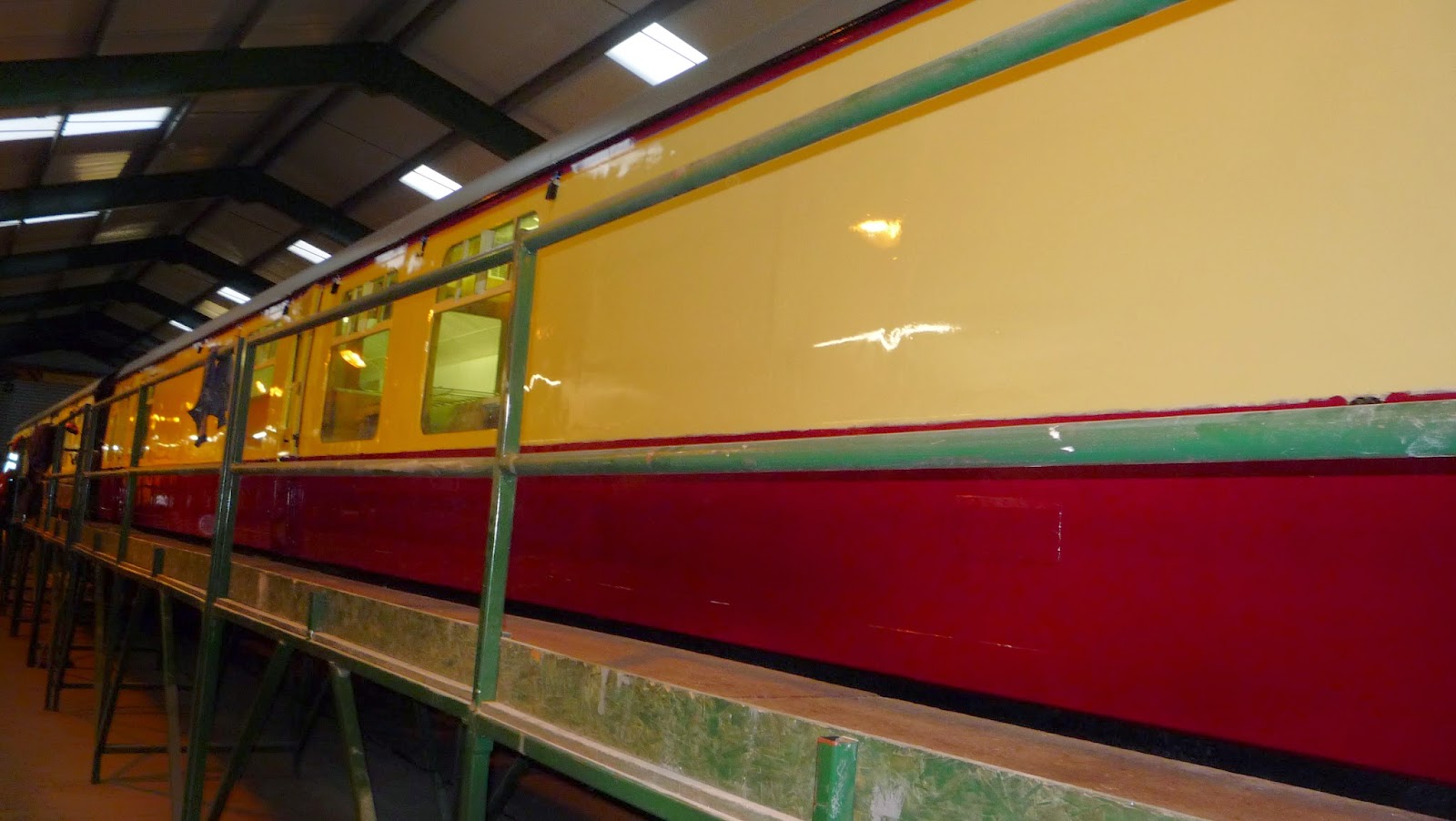 Another view, it just needs the lining out 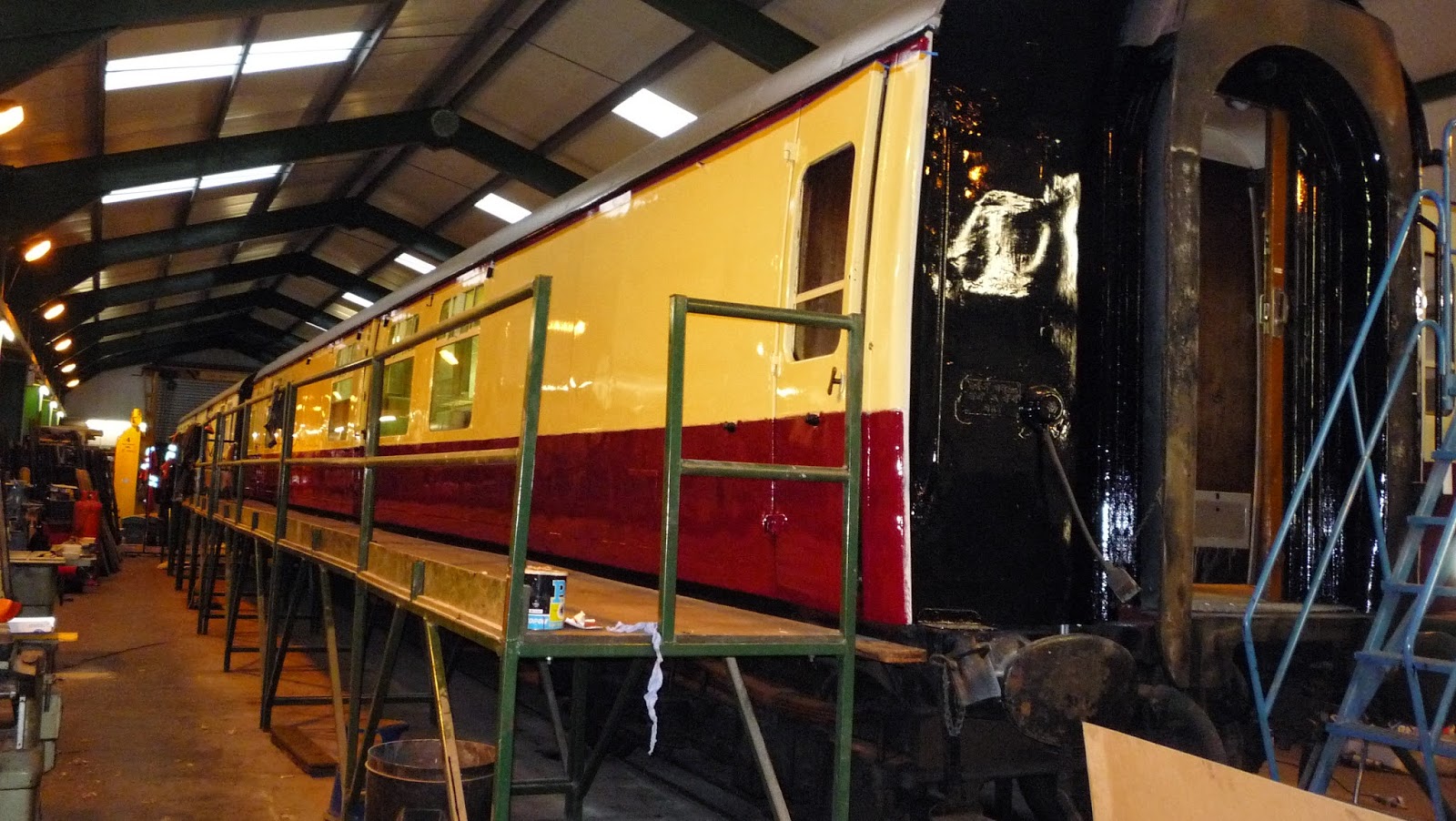 The third and final view. 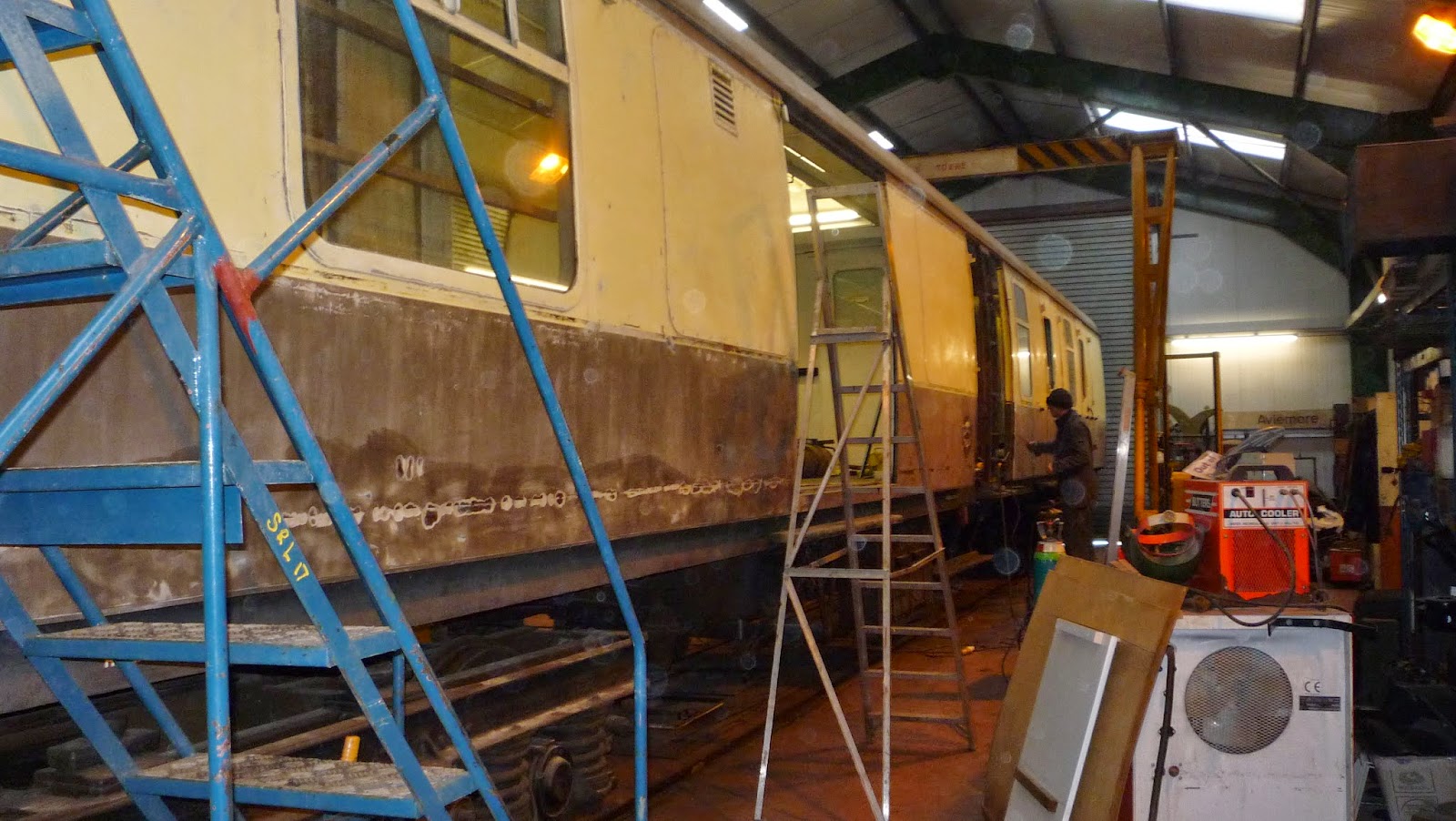 The final coach of the five that will make up the new catering set is now in the shed and being worked on.  It too is not without its problems. 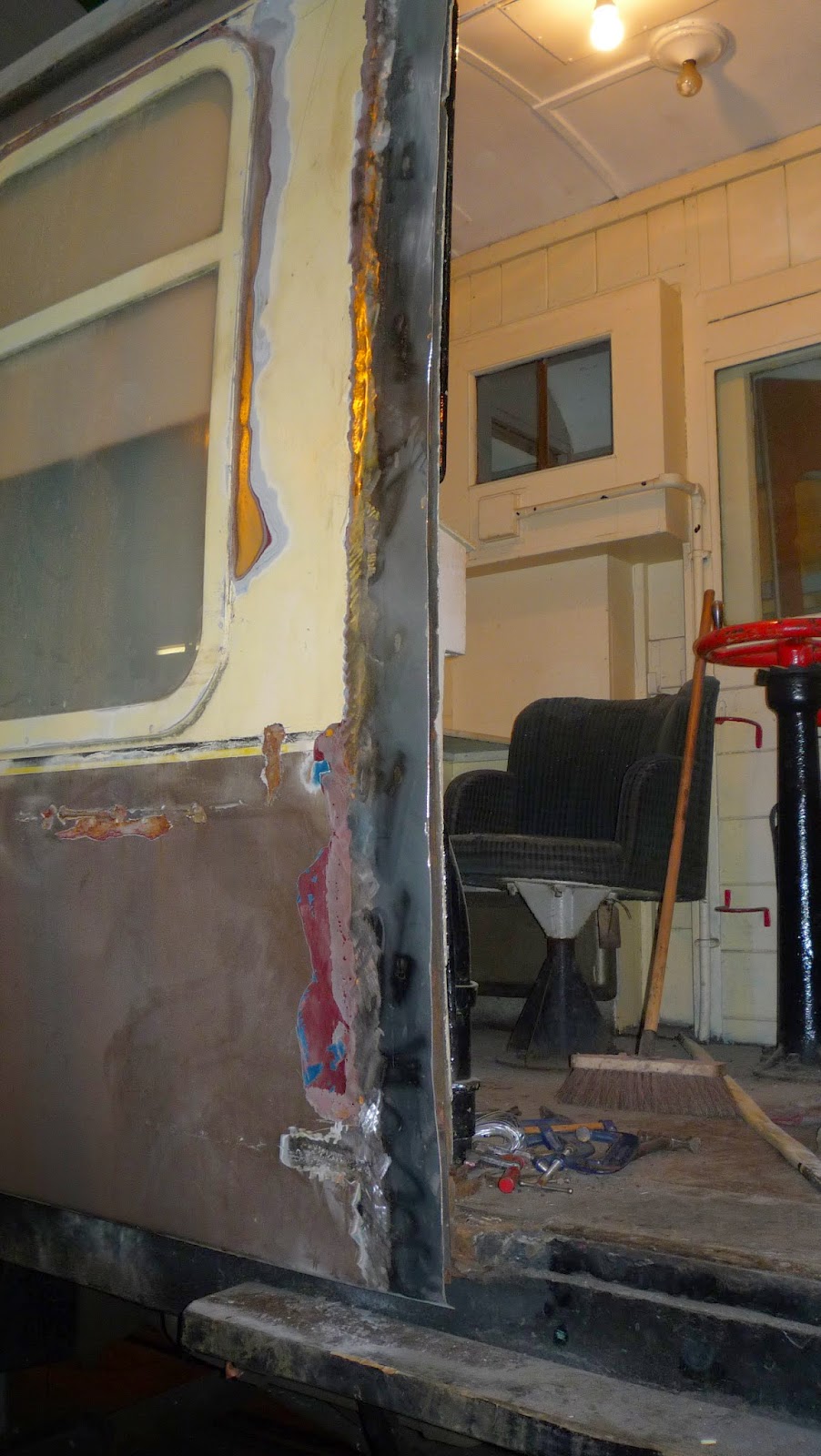 On the non corridor side, the guards door pillar was very rotten necessitating the removal of the outer capping, the wooden insert, the replacement of part of the side panel from top to bottom and part of the z section pillar itself. 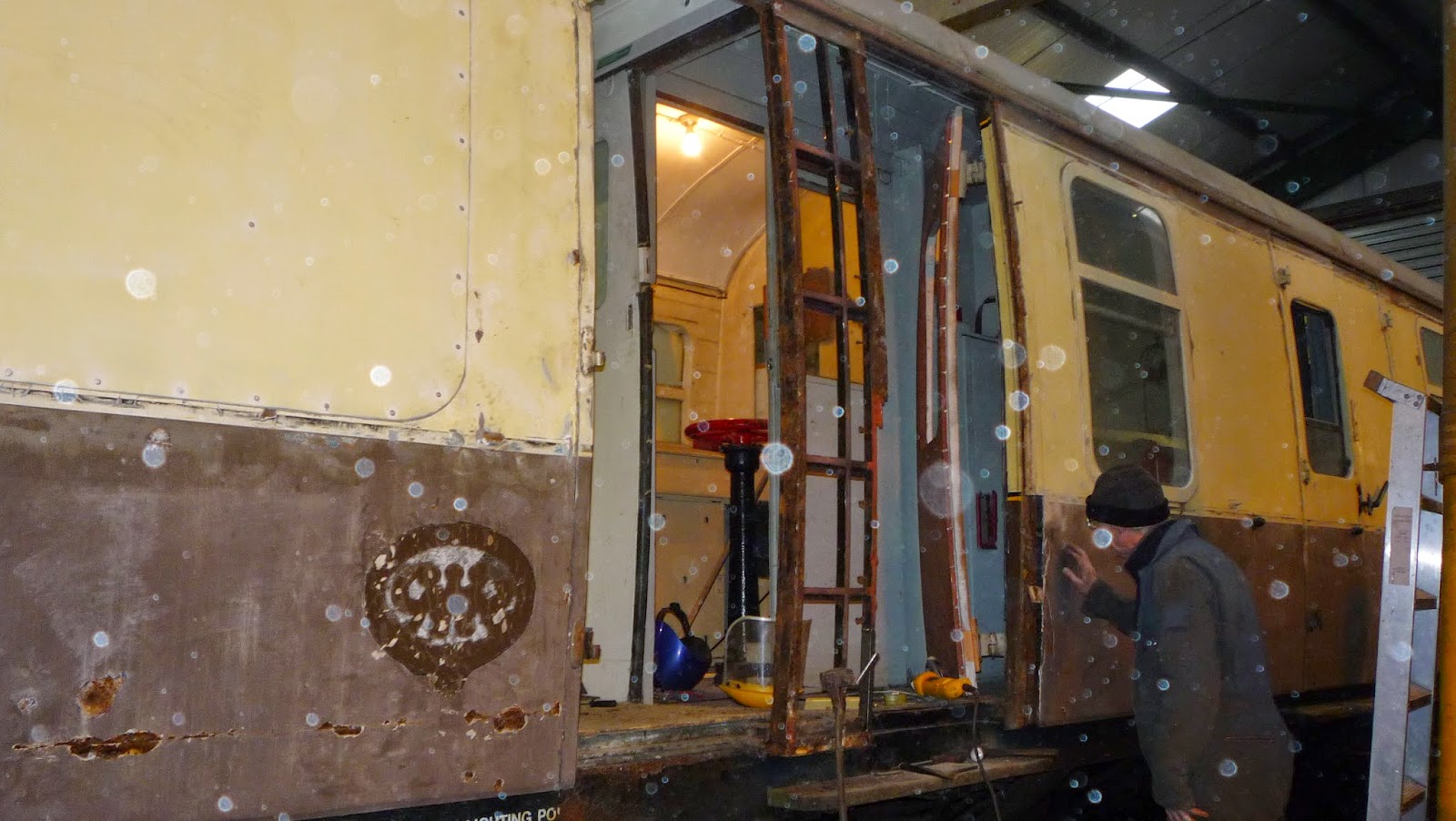 Its not snowing its all the dust in the air that the camera has picked up.  This side is far worse than the other, requiring the replacement of the entire panel between the in swinging guards door and the adjacent door. 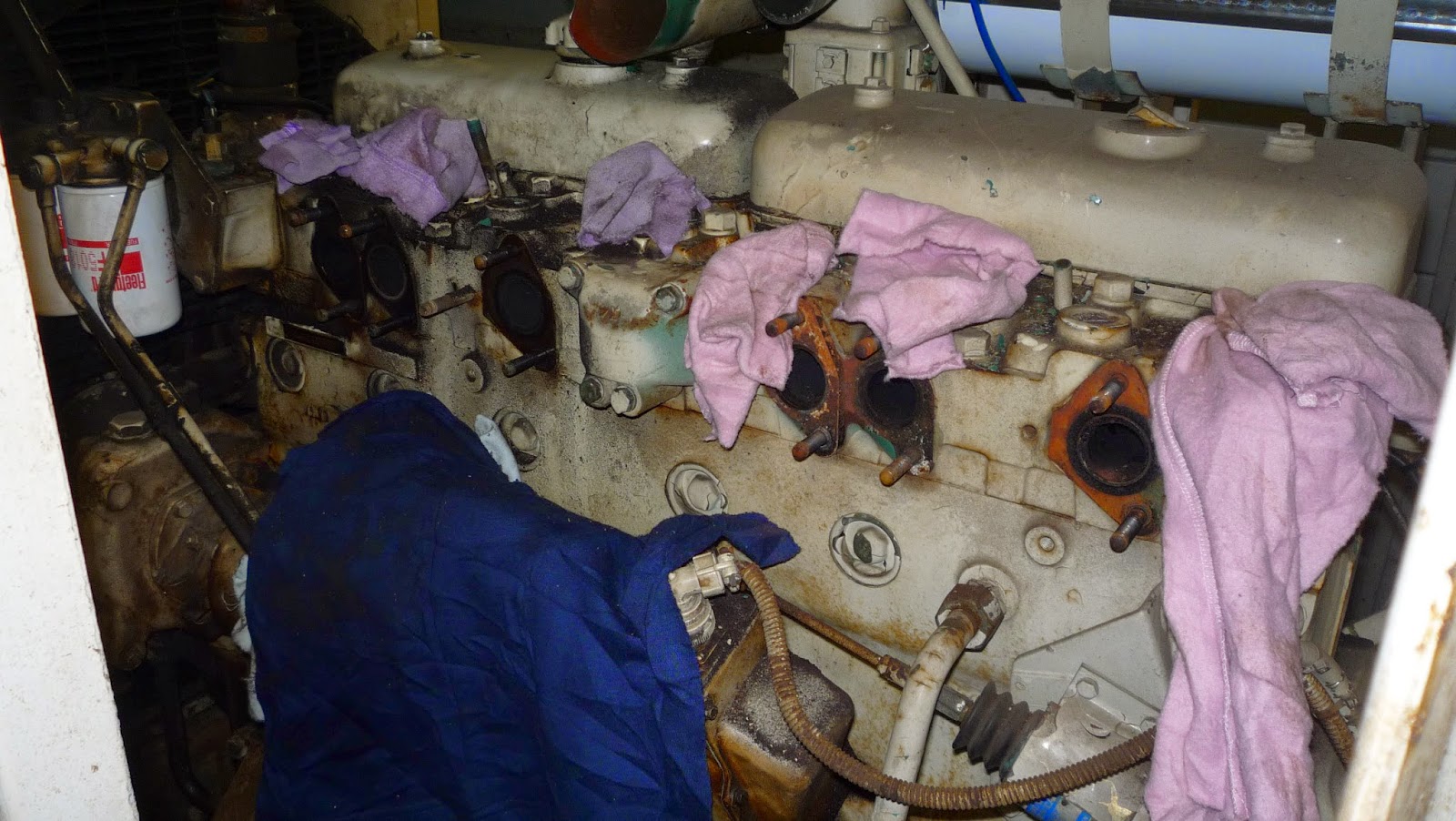 Posted by foxontour at 20:37 No comments: