There isn't a lot of news this time, mark 1 TSO, 5060, which had received its top coat of paint way back in March has been finished up to a point where it can be used.  The crest, lettering and its number will be applied later during the winter shut down.

In preparation for re-opening, all of our coaches were fitted with hand sanitizer gel holders.  These were placed at each end in the vestibules for passengers to use as they board.  The next stage will be to blend them in a bit by staining and apply signage above them.

We now have two more coaches on the railway.  These have come from Rogart where they were used as holiday accommodation camping coaches. 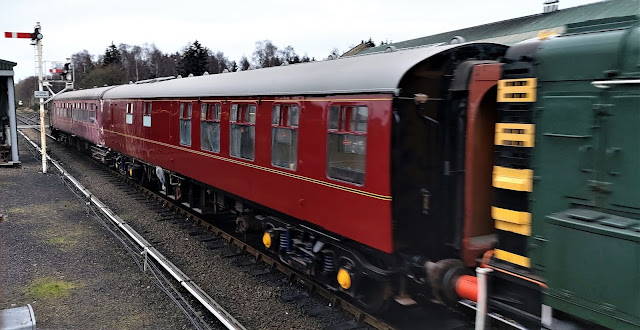 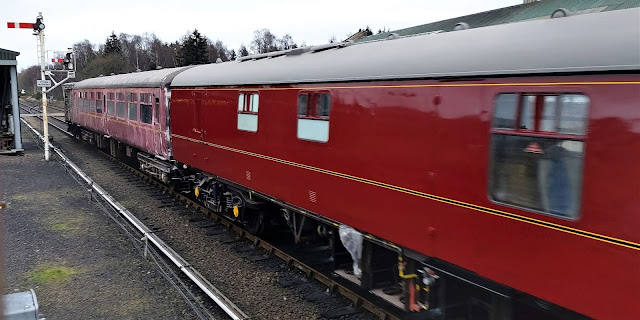 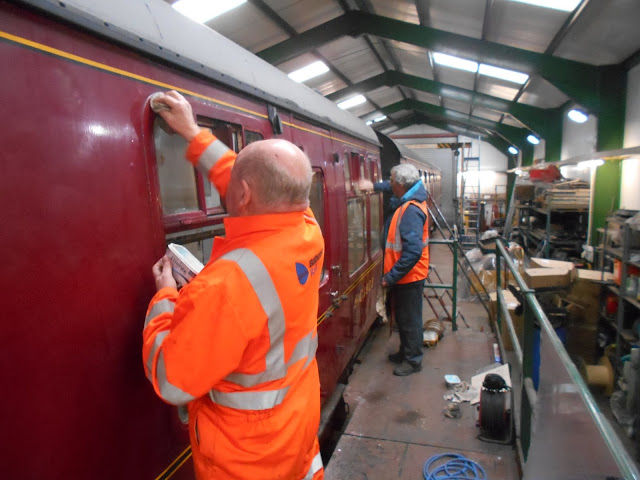 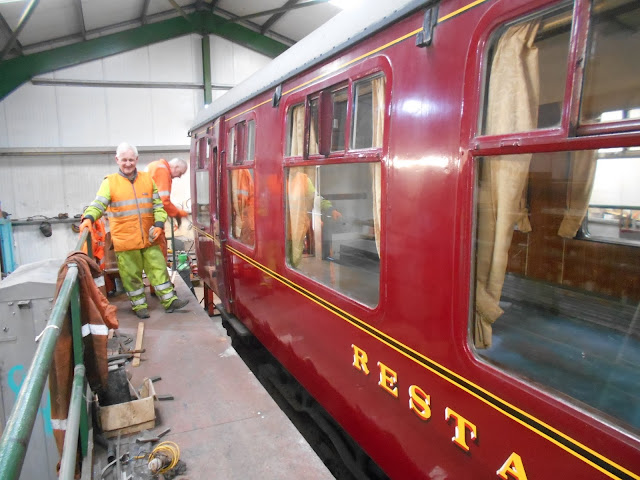