Mark 1 TSO number 5057 was out shopped back in July.  Pictured here outside the carriage repair shed. 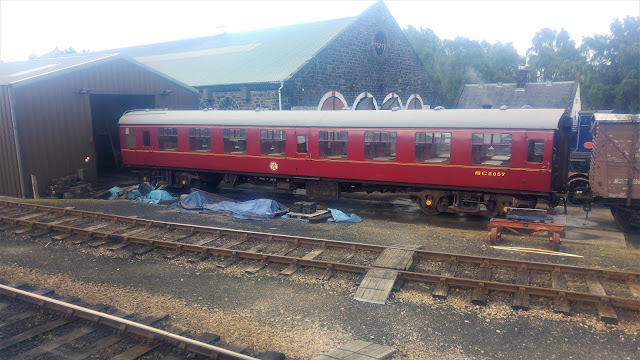 It was outside coupled to steam engine 46512 which was providing steam to check that the heating was working correctly.  The windows were being given a final clean.  The open door in the foreground shows the new door interior in its finished state having been varnished. 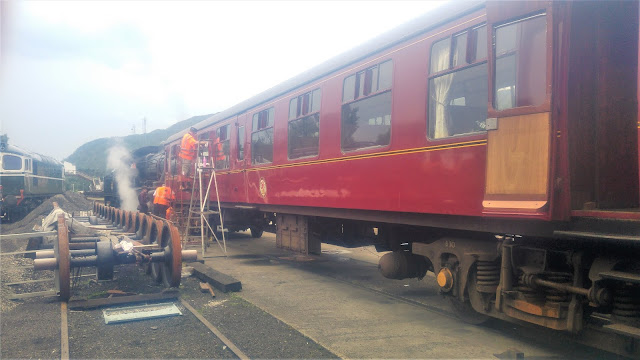 The finished interior with the curtains and antimacassars fitted. 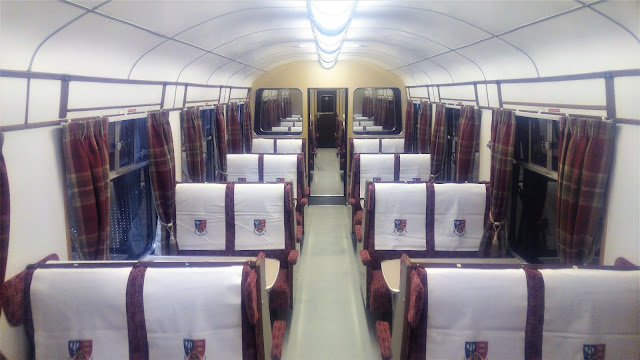 Work on mark 1 RU 1936 has continued steadily.  This is the view inside the kitchen with the hardboard panels for the ceiling waiting attention. 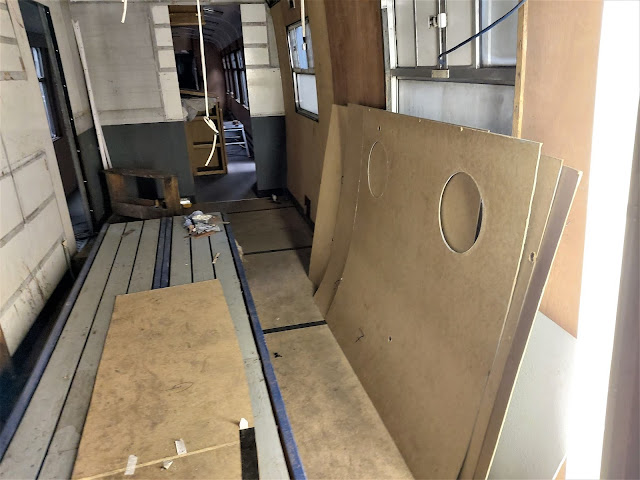 The kitchen ceiling has been prepared with extra wooden battens to fix the extraction hoods to.  Wiring for the lights, fans and roof space insulation in place. 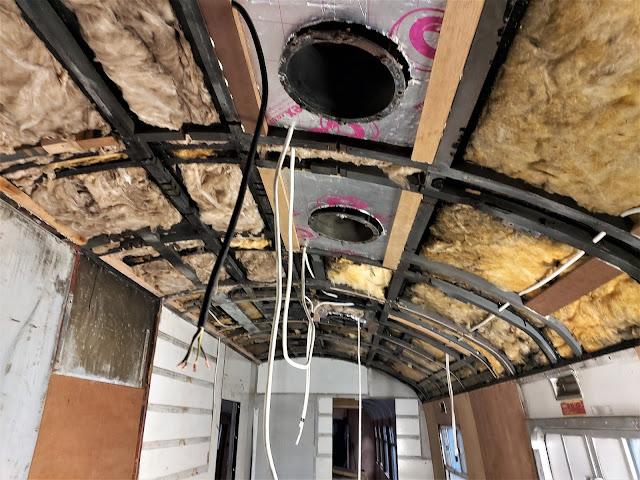 Close up of battens and insulation around the fan vent openings.

This is the edge of one of the three emergency exit doors.  The brass strip that has been fitted holds the outer rubber piping (draught excluder) to the door.  There is also an inner piping to be fitted along the edge of the interior panelling.

This picture shows the handrail "wings" at the saloon corridor connection end.  To remove the formica from these they had to be completely re-made.

The saloon interior.  The ceiling has been painted with primer, undercoat and finally a gloss white finish.  The square lamps have been refurbished and fitted.  New curtain pelmets in oak have been made and fitted. 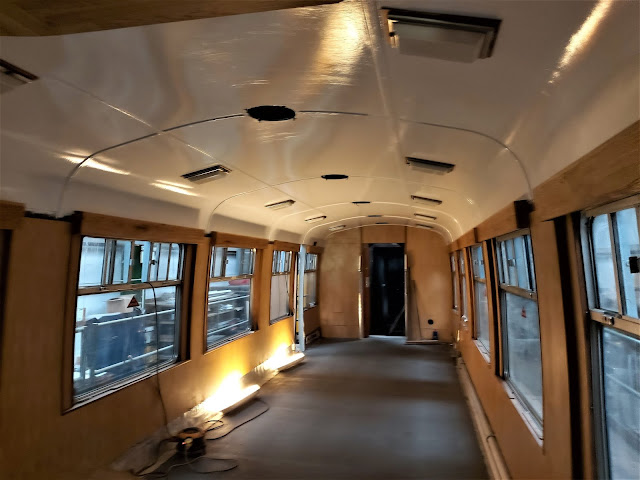 A slight distraction from vehicle repairs.  These are panels that box in the pillars at Aviemore station, unfortunately they are suffering from being out in all weathers and have areas of rot on them.

A stripped down panel.

A new panel under construction.

Steam heating pipe repairs.  The casting on this end of the top pipe has been causing problems with cracking.  It took three attempts to repair with silver solder.

Mark 2 TSO number 5204 has been brought into the shed for a tidy up.

One of its main problems are blown double glazing of which there are seven windows needing attention.  This is when moisture penetrates between the two panes of glass and makes it difficult to see through the window.

A project that has been carried out by the engine shed volunteers is the refurbishment of these two tank wagons.  They have been fitted with a pumping system to be used for washing out steam locomotive boilers.

The water pump and pipework.

Posted by foxontour at 20:46 No comments: