This last week has been spent "Gift Wrapping" coaches in preparation to their move south.  The two LMS sleepers have been completely wrapped in bale wrap, a heavy duty form of cling film used by farmers for wrapping their hay bales in.
A big shunt around and tidy up had to take place to get the mark 2 BFK out of the shed and  place it temporarily in the storage shed whilst this work is carried out. 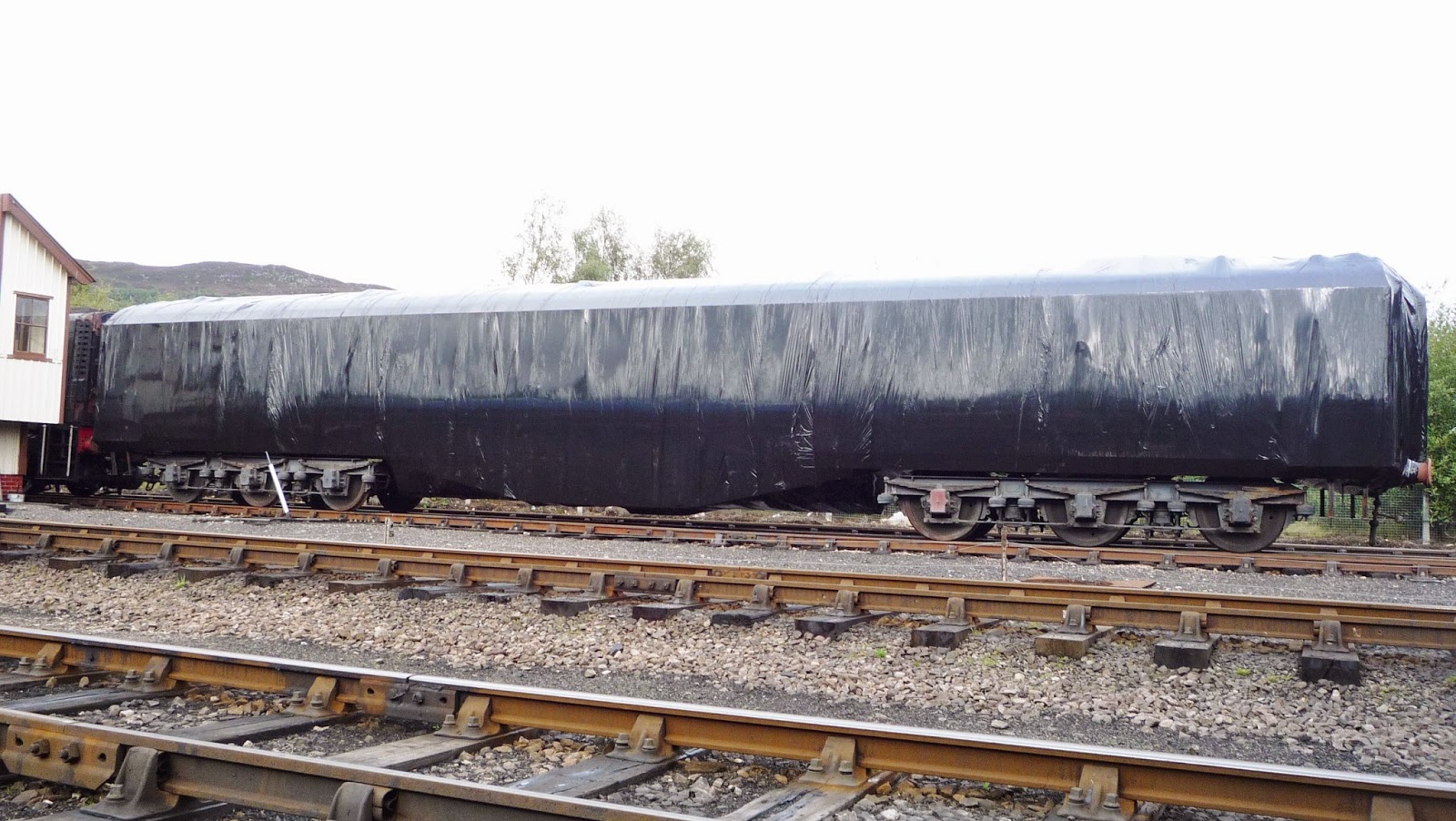 This is the first coach to receive the treatment, the LMS first sleeper.  To achieve this we lifted the coach on the jacks, rolled the bogies out of the way and then rolled the plastic over the roof, down the sides and underneath the body many times over.  The body was then lowered onto the bogies, trapping the wrap between them and the underside. 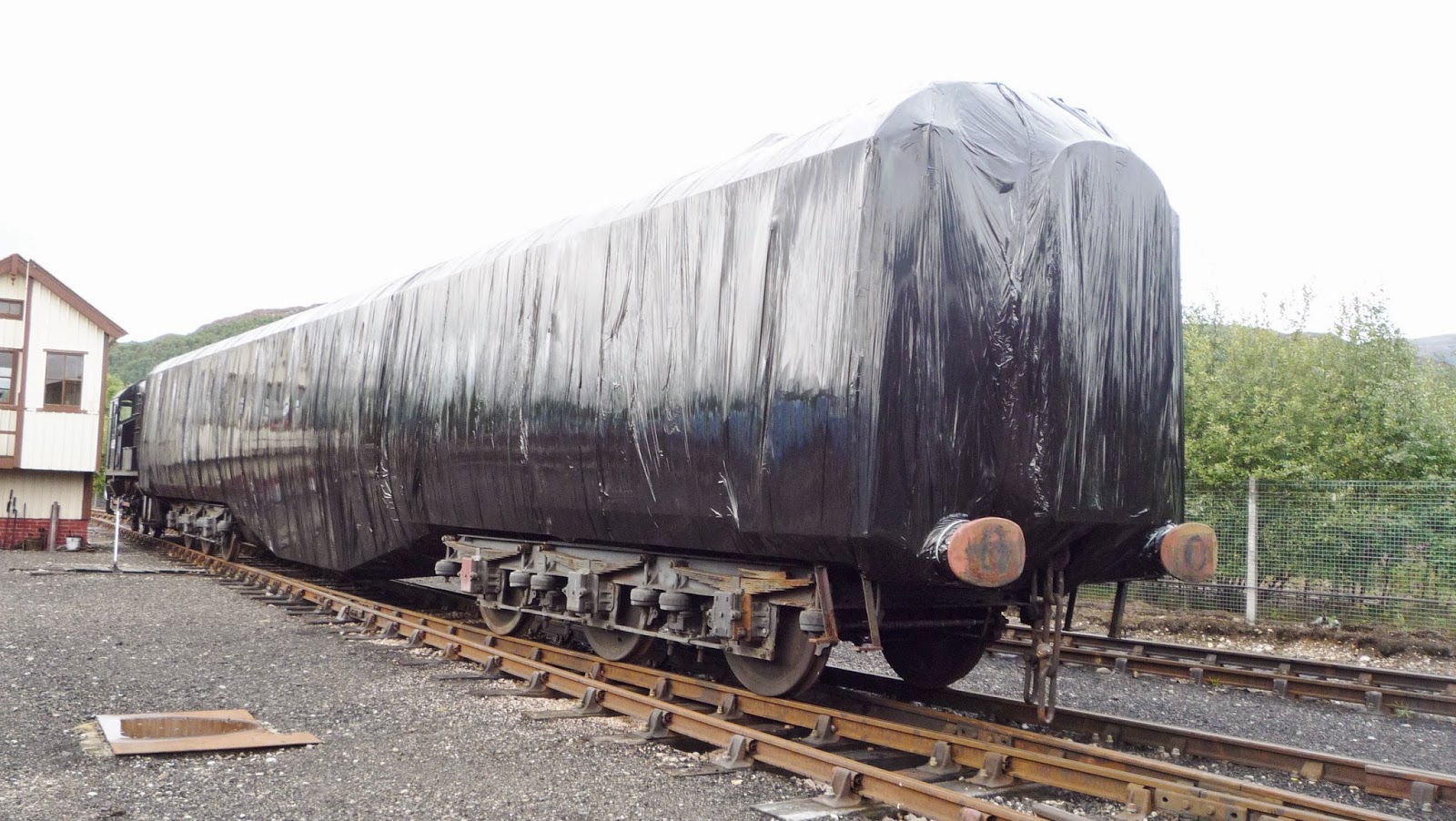 The front view, quite a difficult task wrapping the ends around the buffers and coupling.  Quite a few rolls of duck tape had to be used in the process, fingers crossed that it all stays on during the move. 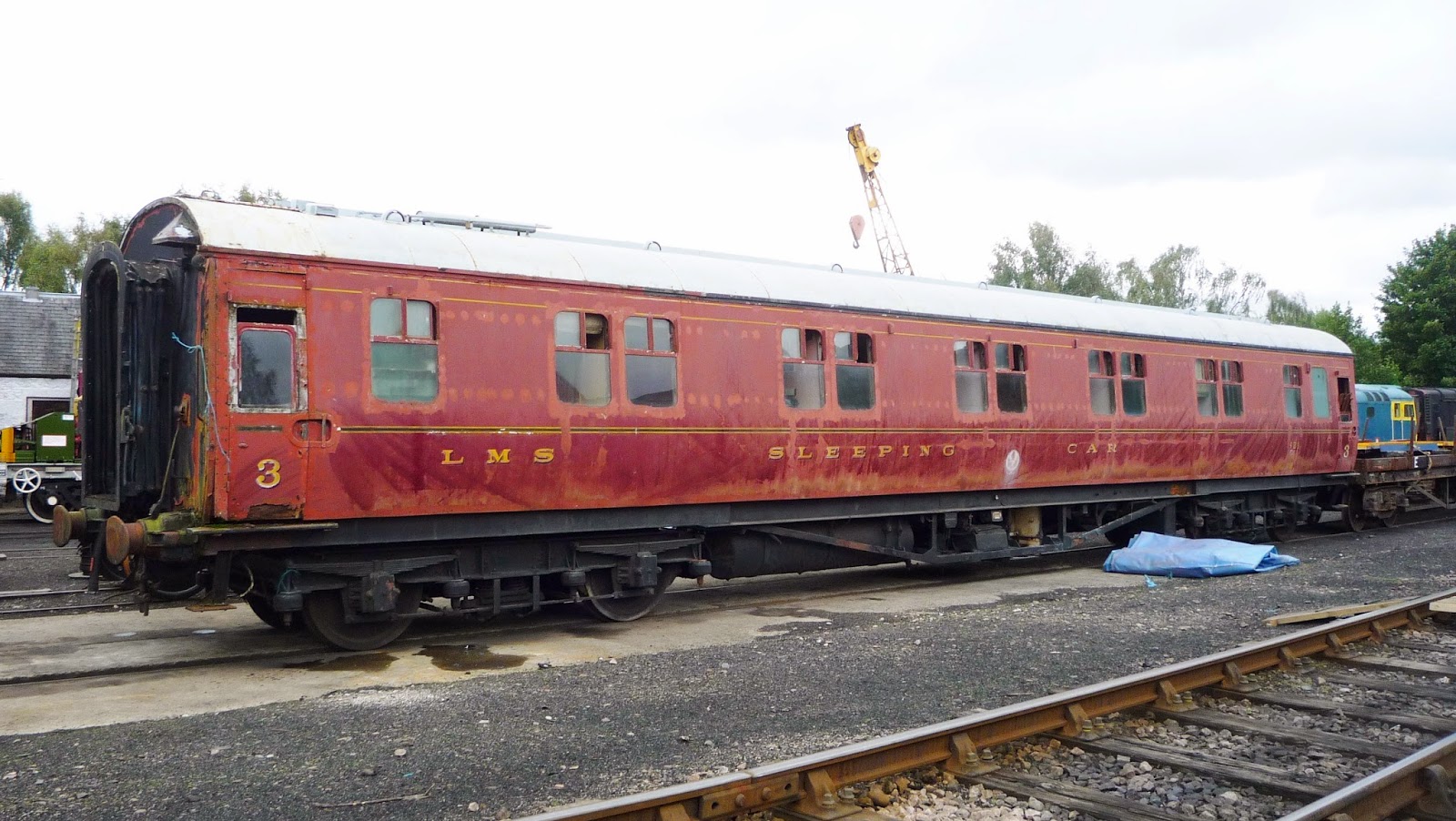 The next candidate for wrapping, the LMS third sleeper has arrived at Aviemore.  This vehicle is in better condition than the first class one having been under a tarpaulin for a number of years.